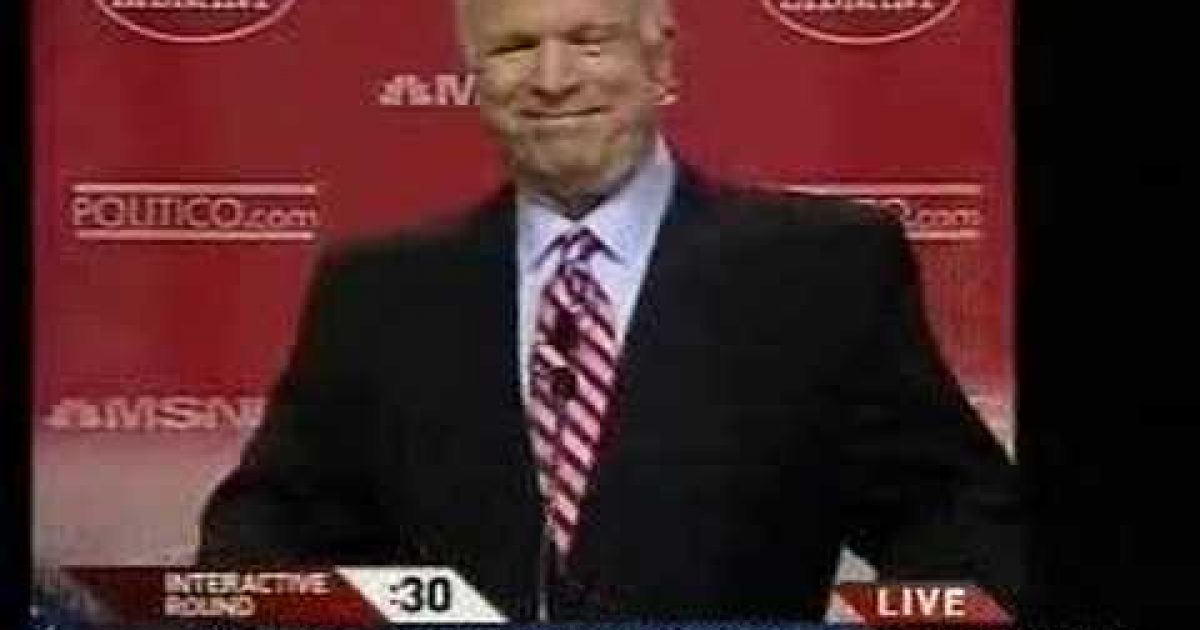 Facebook Twitter Flipboard
Speaking at the Portsmouth Naval Shipyard on Wednesday, Vice President Joe Biden said America will follow the terrorists who murdered the two American Journalists “to the gates of hell.” If that phrase elicits feelings of déjà vu that’s because John McCain used it about Osama Bin Laden during the 2008 primary season and was repeatedly slammed by future president Obama for it in his election stump speeches.

Biden spoke with passion as he spoke about the ISIS terrorists:

The American people are so much stronger, so much more resolved than any enemy can fully understand. As a nation, we’re united. And when people harm Americans, we don’t retreat, we don’t forget.

We take care of those who are grieving and when that’s finished, they should know we will follow them to the gates of hell until they are brought to justice. Because hell is where they’ll reside.

During the 2007 primaries, John McCain reacted to a Mitt Romney declaration that going after Bin Laden was not a priority, “We will do whatever is necessary. We will track him down. We will catch him. We will bring him to justice and I’ll follow him to the gates of hell.”

At the time ABC news criticized McCain for adding a smile to the end of his statement. Reporter Tahman Bradley opined that McCain cracked “a smile which gave the impression to some viewers that perhaps he viewed his own answer as being over the top.”

Over a year later at a town hall meeting in Raleigh, NC, during the general election campaign, then Senator Obama attacked McCain’s pledge to follow Osama bin Laden to the gates of hell as bluster and bravado:

“Our troops have done everything that’s been asked of them,” Obama said, per ABC News’ Sunlen Miller. “But what they need now is civilian leadership and a commander-in-chief that is putting in place a strategy that is as excellent as the work being done by our troops, that we are going to make sure that the Iraqis are carrying their share, and paying their own way and dealing with their own political issues. So that we can focus on Afghanistan and taking out Osama bin Laden.

“John McCain says he’d ‘follow him to the gates of Hell’?!” Obama said incredulously, recalling McCain’s May 2007 pledge. “All he’s got to do is go to Afghanistan and Pakistan! We shouldn’t have been distracted in the first place!”

It was a more folksy version of an attack that he first used before the Veterans of Foreign Wars convention this morning in Orlando, Florida, where Obama said, “A year ago, I said that we must take action against bin Laden and his lieutenants if we have them in our sights and Pakistan cannot or will not act. Senator McCain criticized me and claimed that I was for “bombing our ally.” So for all of his talk about following Osama bin Laden to the Gates of Hell, Senator McCain refused to join my call to take out bin Laden across the Afghan border. Instead, he spent years backing a dictator in Pakistan who failed to serve the interests of his own people.”

I suspect that President Obama won’t be criticizing Biden’s speech.