Americans Can Finally List Jerusalem, Israel As Their Birthplace On Passport 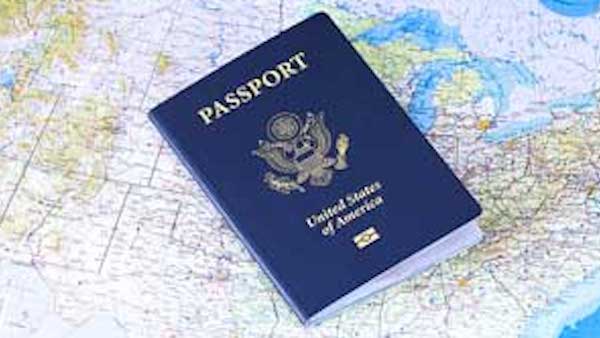 How does it feel not to be able to list your birthplace on an American passport? This was something faced by Americans who were born in the Israeli capital of Jerusalem. Thanks to a Biden-Obama administration policy, Americans could list Jerusalem on their passports but not Jerusalem, Israel. Americans born in every other nation of the world were allowed to list the City, Country of birth on their Passport.  On Thursday, the Trump administration announced they were getting rid of that anti-Israel policy. Biden-Obama anti-Israel

Trump’s move to allow American passport holders to list Jerusalem, Israel, as their city and country of birth is allowed by a Supreme Court decision in 2015. Ironically that same decision allowed the previous administration to enact their anti-Israel passport policy. The ruling said the executive branch has the power to grant recognition of sovereign states. Therefore that administration could ban the words Jerusalem, Israel, on passports. The court ruling was celebrated as a victory for the Biden Obama administration, who refused to acknowledge that ANY of Jerusalem was part of Israel.

Some say that the passport policy predated Biden-Obama-true. But during the Clinton administration, Congress passed the Jerusalem Embassy Act, which t recognized Jerusalem as the capital of the State of Israel and called for Jerusalem to remain an undivided city. That act was signed by President Bubba and thus was recognized as law. Despite the act, the Biden-Obama administration opposed changing the policy in court and celebrated the SCOTUS decision.

The new policy was announced by Sec. of State Mike Pompeo on Thursday morning:

As the President stated in his proclamation, the United States recognizes Jerusalem as the capital of Israel and its seat of government but continues to take no position on the boundaries of Israeli sovereignty in Jerusalem.  This matter remains subject to final status negotiations between the two Parties.  The United States remains strongly committed to facilitating a lasting peace agreement.  The President’s Vision for Peace provides a realistic and achievable pathway for that peace to happen and I encourage the Palestinians to come to the table and negotiate.

Menachem Binyamin Zivotofsky was 12-years-old when he sued the Biden-Obama administration, which resulted in the 2015 Supreme Court ruling above. The NY Sun explains what happened:

(…) His parents sought to avail themselves of an option created by Congress in 2002. The law, part of the Foreign Relations Authorization Act, passed the Senate unanimously. “For purposes of the registration of birth, certification of nationality, or issuance of a passport of a United States citizen born in the city of Jerusalem,” the law said, “the Secretary shall, upon the request of the citizen or the citizen’s legal guardian, record the place of birth as Israel.”

The oleaginousness of the two-state secretaries may be hard to imagine, but in 2015, Mr. Zivotofsky finally lost. The Supreme Court said that because the “power to recognize foreign states resides in the President alone,” the 2002 law “infringes on the Executive’s consistent decision to withhold recognition with respect to Jerusalem.” The Devil and Congress could take the hindmost. Chief Justice Rehnquist and Justices Thomas, Alito, and The Great Scalia dissented on all or, in Justice Thomas’ case, part of the ruling.

Politico said the decision is the latest by President Donald Trump that favors Israel in the long-running Israeli-Palestinian conflict.  Does Politico really believe that if Israel is allowed to choose its own capital–just like every other country in the world, is favoring Israel? Maybe Politico believes that because they were too used to the eight years of the Biden-Obama Israel policies? The policy of that administration in which Joe Biden served as VP was so anti-Israel that Politico and others believe that treating the Jewish State fairly, like every other American ally, is seen as favoring Israel.

We thank President Donald Trump and Secretary of State Mike Pompeo for this meaningful change in policy, allowing American citizens born in Jerusalem to list Israel as the country of their birth. We also thank US Ambassador to Israel David Friedman for his efforts on this issue.

This change is consistent with President Trump’s Israel policies, including formally recognizing Jerusalem as the capital of Israel and moving the US embassy to Jerusalem. It is also in keeping with the Supreme Court’s 2015 ruling that the President is empowered to decide on the recognition of foreign nations, and therefore on what is written in US passports.

American Jews as well as American Christians and Muslims who were born in Jerusalem can now carry passports that demonstrate the immutable connection between Jerusalem and Israel. President Trump is once again coming through for American Jews. This is just one more reason the American Jewish community should be casting their votes for President Donald J. Trump.