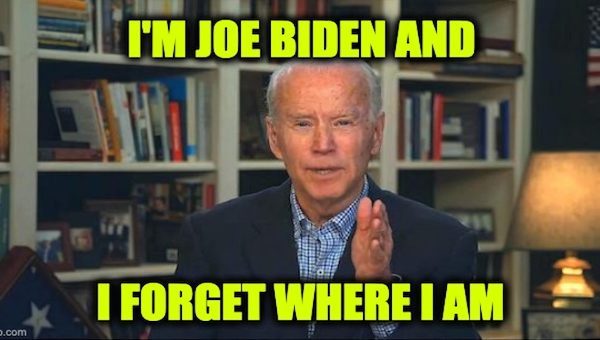 Even before Joe Biden was elected to the White House, there were concerns about his age and mental acuity, and the last eight months certainly haven’t assuaged those fears very much. Biden no longer competent.

It has been a story of compounding, confluent catastrophes for Biden and the rest of the administration and what appears to be their uncanny ability to completely botch the response.

Now, one veteran journalist suggests that perhaps the President himself is not prepared for this sort of task.

Veteran journalist Al Hunt feels President Joe Biden’s time in the White House has been plagued by “stupid miscues” and “fumbled” opportunities as prominent Democrats now have a sense of unease regarding whether the president is competent enough to do the job.

In a column for The Hill, the former Bloomberg News editor and columnist argued a recent Quinnipiac poll that shows Biden’s negative ratings on competency go to the “core of his presidency” after he was billed as a capable alternative to his predecessor.

And he did not mince his words.

“Unease also is reflected in background conversations with a few Democrats, strategists, donors and officeholders. This is not just the passions of the moment, they fear, but a deeper concern that this White House may not be up to daunting challenges,” Hunt wrote in the column headlined, “Biden administration competency doubts increase.”

“The competence issue really flared with Afghanistan, not the U.S. withdrawal — the only sensible course — but the failure to anticipate the speed with which the American-backed government and military collapsed,” Hunt wrote.

“The president compounded his problems by declaring his military advisers never counseled him to retain a small force; in subsequent congressional testimony, the generals contradicted him,” Hunt continued. “This enabled right-wingers to accuse the president of dishonesty and even to raise the specter of scandal. It was a self-inflicted wound for Biden.”

This sentiment has certainly been reflected in Biden’s polling numbers, as the President attempts to salvage some piece of his agenda ahead of a limited congressional schedule as the holidays approach.