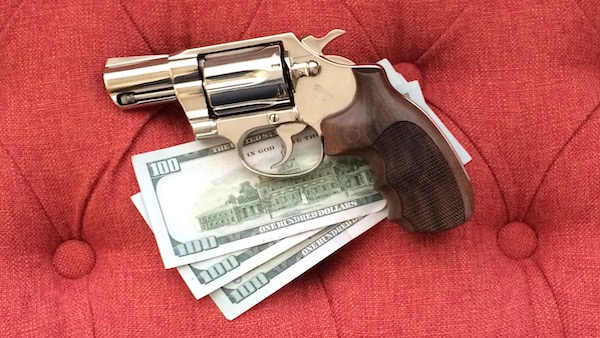 According to a report, Biden plans to destroy gun ownership by making to expensive to own a firearm. He wants to destroy the gun manufacturing and retail industry by taxing gun owners and gun buyers $34 billion. During his White House campaign, Biden planned a series of measures against gun owners, including changing the law to allow people harmed by guns to sue gun manufacturers, gun registration and confiscation plans, and confiscatory taxes on the privilege to own a firearm. Biden make guns too expensive

Biden’s chief goal is to force gunmakers to close up shop and make buying and keeping a gun so expensive that regular people won’t afford to own one.  He plans to destroy the Second Amendment without going to the extent of repealing that amendment (that latter of which the left realizes is impossible, at least for now).

At least 20 million rifles and 150 million ammunition magazines would be caught up in the sales ban and registration scheme Biden touted on the campaign trail, according to a National Shooting Sports Foundation (NSSF) report. The new taxes would cost Americans more than $34 billion, according to a Washington Free Beacon analysis.

Biden wants to ban new sales of AR-15 rifles and similar firearms as well as any ammunition magazine holding more than 10 rounds—sizes that come standard on most modern rifles and handguns. He would pay some owners to surrender the affected guns they legally own and force everyone else to register the guns under the National Firearms Act. The proposal would require owners to pay a $200 tax stamp for each item.

The report said the kinds of rifles Biden wants to ban made up nearly half of all rifles produced in 2018. Oliva said the group’s estimates may actually be undercounted. While NSSF used the latest Bureau of Alcohol, Tobacco, Firearms, and Explosives manufacturer reports, those only cover up to 2018, and Oliva said AR-15s have continued to grow in popularity since then.

These un-American goals might be hard to push through the next Congress if Biden should end up in the Oval Office. With the hardcore left having lost power in the House and the GOP retaining control of the Senate, it will be very difficult to get these draconian policies set into law.

There may be no appetite for these stealth attacks on the Second Amendment, either. A recent poll finds that support for tough gun control laws is at its lowest point since 2016. So, even Biden’s voters may not support him if given the opportunity to follow through with these draconian policy ideas.

I wonder if Biden got this idea from Cheif Justice “It’s A Tax” Roberts?