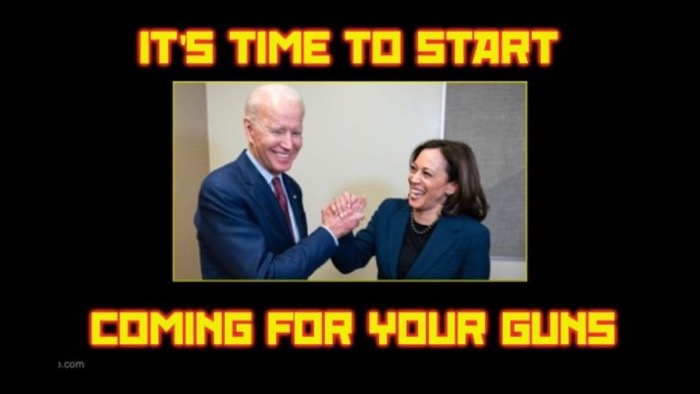 The Second Amendment Foundation—a national gun rights organization that specializes in education and litigation—has launched a new 60-second message on nearly 20 cable networks “to warn America of a coming attack on Second Amendment rights” backed by the gun prohibition lobby to help Joe Biden make up for lost time in his effort to push a radical gun control agenda in 2022.

Ending Second Amendment rights was a big part of Biden’s campaign agenda. In fact, one of his unkept promises a pledge to put Beto’ Hell Yes, we’ll take your AR-15s” O’Rourke, in charge of gun policy, is pushing gun confiscation. O’Rourke is running for Texas governor instead.

As explained by SAF founder and Executive Vice President Alan Gottlieb, “The well-financed gun prohibition movement is poised to strike to make up for lost time due to Joe Biden’s failure to get the gun prohibition agenda through during his first year in office.”

He could not push his gun control agenda last year, despite promises on the campaign trail. Biden’s failure to appoint David Chipman, a retired agent who has worked as an advisor to gun control groups, to head the federal Bureau of Alcohol, Tobacco, Firearms, and Explosives failed when the nomination could not be moved to the Senate floor for confirmation.

“We’re expecting an unprecedented assault on Second Amendment rights heading into the new year, he continued. “Anti-gunners will grasp at straws to grab every headline they can, and make no mistake, they are determined to help Biden go after your rights in 2022.”

“The threat to our Second Amendment rights cannot be overstated,” Gottlieb said. “The billionaire-backed gun ban lobby is fearful of a gun rights ruling from the Supreme Court this summer, and a power flip at the mid-term elections, so they will be pushing Biden and their allies on Capitol Hill and in several states to get things done now before they lose the political muscle to push their agenda.”

The new message asks viewers to text “PROTECT 2A” to a special toll-free telephone number – (888) 762-0221 – to support the effort “because once you lose your rights,” Gottlieb said, “you will never get them back.”