Democrats Ask Biden To Give Up Nuclear Control (Or Is It That Trump’s Living In Their Heads?) 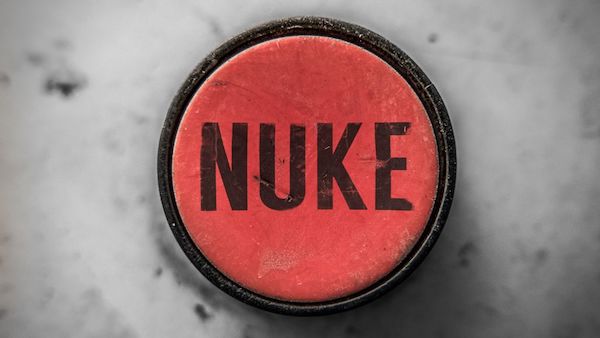 One of the questions one thinks about during a presidential election is which candidate do you feel most comfortable to have access to the “nuclear button,” which isn’t really a button anyway.  Thirty-one Democrats wrote a letter to Biden, asking him to relinquish his nuclear authority (full letter at bottom of post). We all know that Biden is old and has diminished mental capacity, and is controlled by his extreme leftist handlers, but this letter rises to the level of total stupidity. Most of all, it’s unconstitutional as one of the President’s

Any abdication of a President’s power to respond in a dire situation would affect the entire nation negatively. It could even destroy us. The Democrats’ letter may also be a response to their false impression of Donald Trump, who was the first President in decades who did not send Americans into a new military conflict, and he is not in the White House anymore.

Vesting one person with this authority entails real risks. Past presidents have threatened to attack other countries with nuclear weapons or exhibited behavior that caused other officials to express concern about the president’s judgment…

While any president would presumably consult with advisors before ordering a nuclear attack, there is no requirement to do so. The military is obligated to carry out the order if they assess it is legal under the laws of war. Under the current posture of U.S. nuclear forces, that attack would happen in minutes.

Excerpts from the Democrat letter

The President of the United States is the Commander in Chief of the Armed Forces according to the Constitution. Prevously we wrote about Nancy Pelosi, who accosted Joint Chiefs of Staff Chairman Gen Mark Milley about whether the Pentagon would or could stop a “deranged Trump” from launching a nuclear strike. Basically, he told her she was off base, as there was a process before any nuclear launch.

Should a US response to a nuclear attack be “slower and more deliberate?” Many liberals think so.

Any of the things that letter suggests would be better than the current situation. Because the old thinking was that the election is the safeguard. We no longer believe that. Trump had a radicalizing effect on people. In the past, people would say ‘The president has sole authority to launch nuclear weapons and there’s nothing anyone can do to stop it. It sounds sort of crazy but what president would ever do that? After Trump, you can no longer say that. Trump was an unnerving glimpse of the national psyche.

Jeffrey Lewis, Director of the East Asia Nonproliferation Project at the Middlebury Institute of International Studies

Part of the “dangerous behavior” the left always points to is Donald Trump’s statement to “Rocket Man” Kim Jong Un after he told the world that he has a “nuclear button” on his desk:

North Korean Leader Kim Jong Un just stated that the “Nuclear Button is on his desk at all times.” Will someone from his depleted and food starved regime please inform him that I too have a Nuclear Button, but it is a much bigger & more powerful one than his, and my Button works!

Was that a threat to attack North Korea? Not really. It was an attempt at humor that the Democrats viewed as “unhinged.” Trump didn’t have a “nuclear button.” He had the nuclear football that contained codes to begin the process. It is highly unlikely that Kim has a “nuclear button” either – unless as we previously remarked, it’s buried under food wrappers.

Would Joe Biden be able to follow all of those proceedures? In his current mental state, it’s unlikely. He’d have to take a nap first. Even if he were to get mad enough to initiate the process of a nuclear launch, it is unlikely that all of the military members involved would go along with it if it were not truly warranted. The same goes for any President. Somewhere along the line, someone would say, ‘hey that guy is delusional something’s not right.’ Following orders is a requirement, yes, but a deranged, illegal order does not have to be followed.

Do we want House Democrats or anyone in Congress to have any say in the process? No. They’d be endlessly arguing and never take action. Some decisions should never be made by a committee and this is one of them. 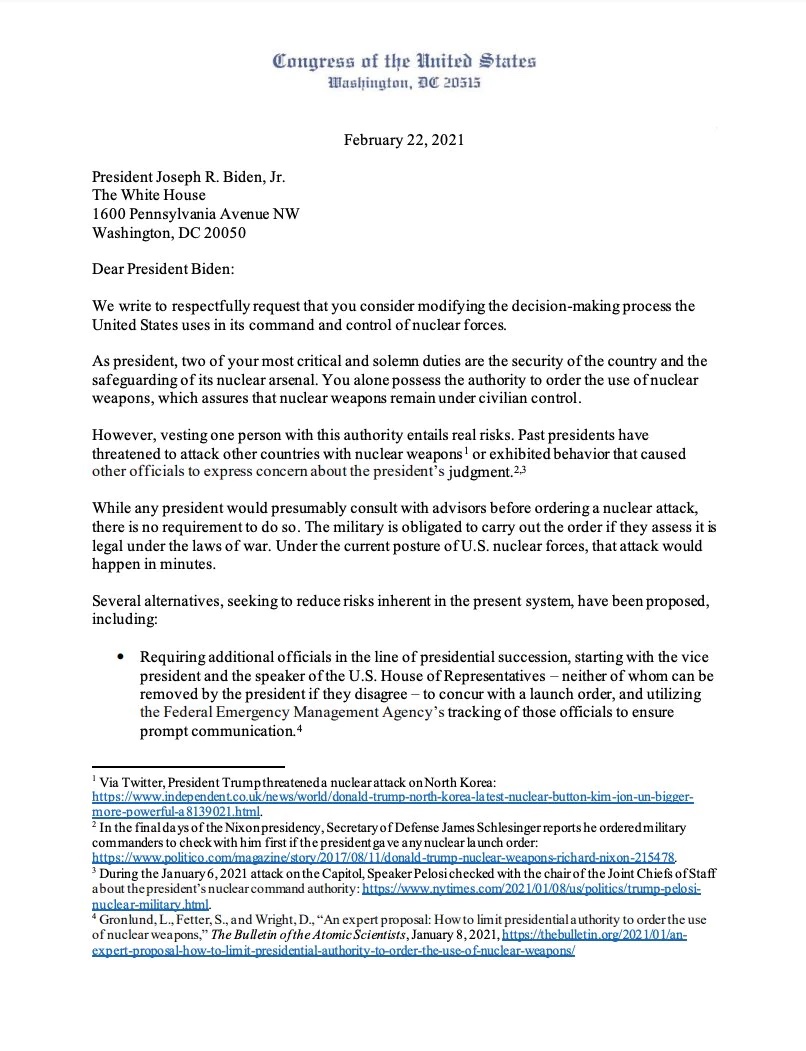 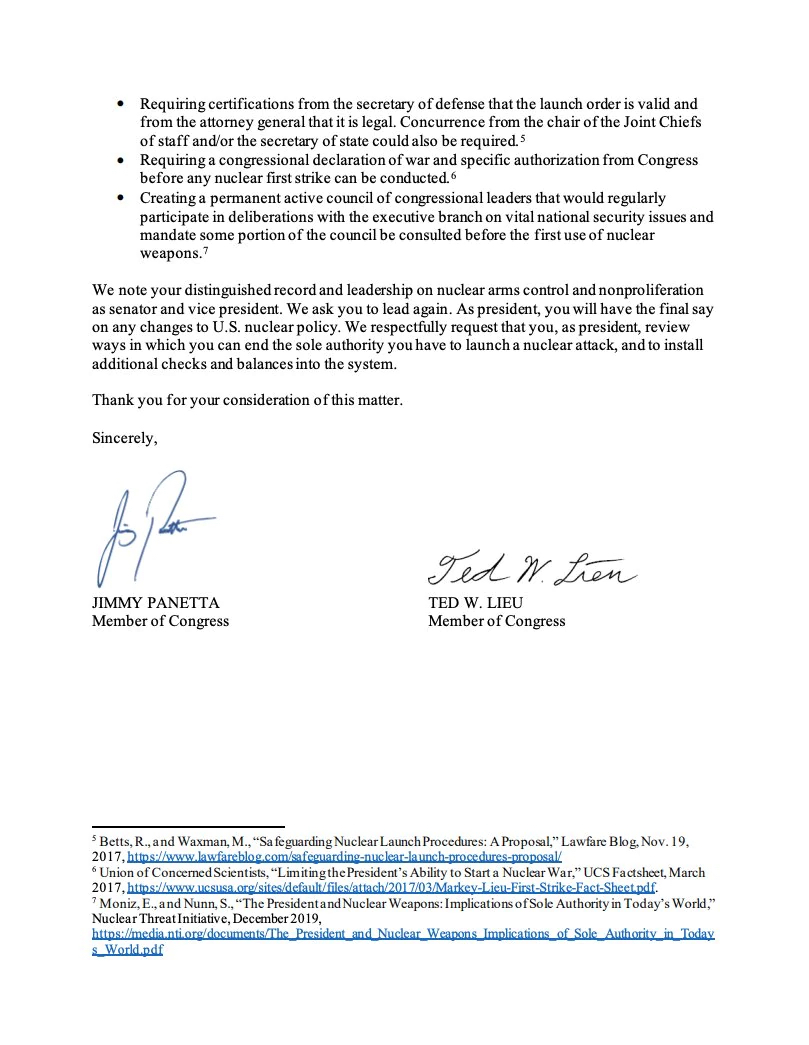 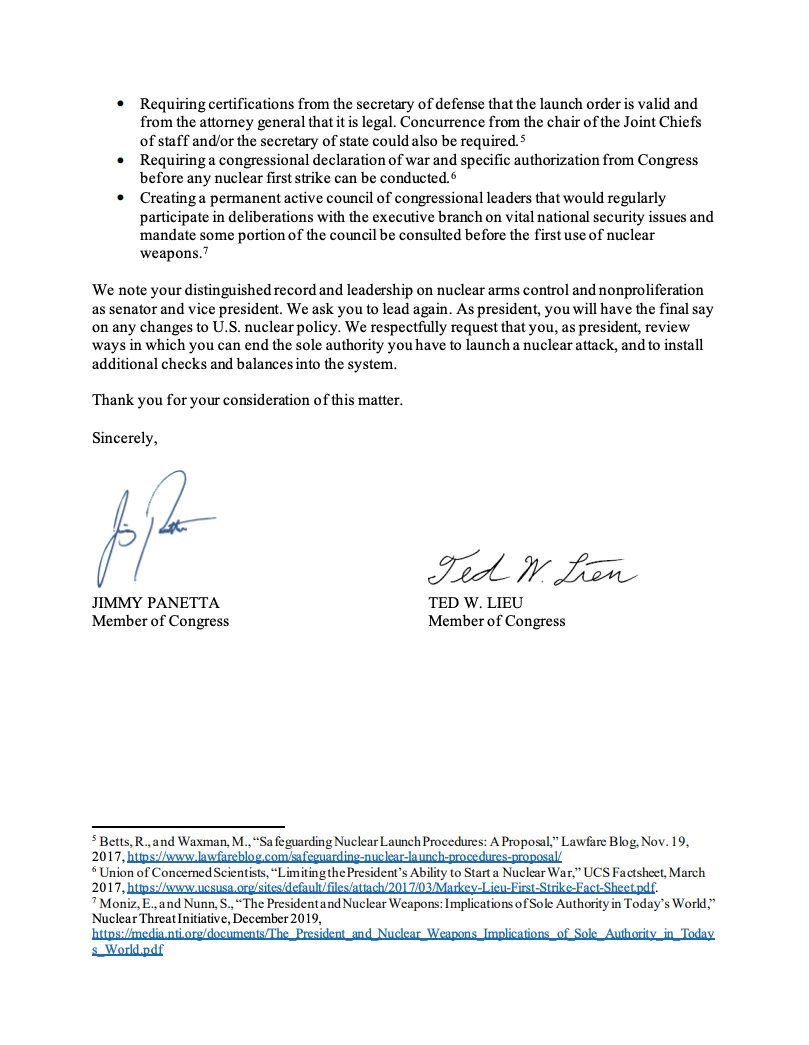