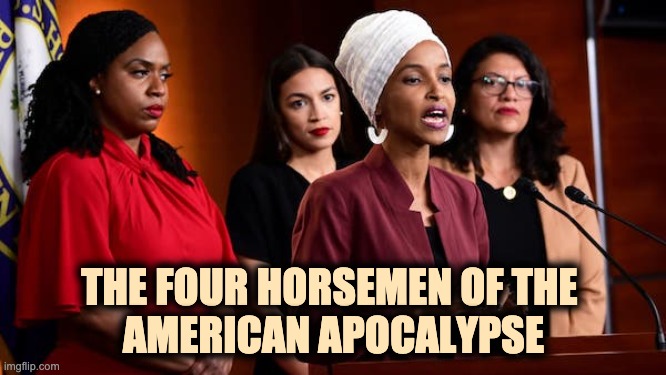 Black Lives Matter activists are calling on the Biden administration to embrace legislation brought forth by a group seeking to “abandon” police and prisons.  Biden embrace The Breathe Act

The BREATHE Act, introduced over the summer by ‘Squad’ members Rashida Tlaib (D-MI) and Ayanna Pressley (D-MA), has been developed by the Electoral Justice Project for the Movement for Black Lives (M4BL).

The group’s website makes clear that America “cannot achieve genuine safety and liberation until we abandon police, prisons, and all punishment paradigms.”

The Act itself, according to the Philadelphia Inquirer, not only seeks to defund the police but also divest resources from incarceration and “reduce the Department of Defense budget.”

What could go wrong? https://t.co/Mq21qJweZN

Black Lives Matter co-founder Patrisse Cullors, in an interview with the Hollywood Reporter, listed it amongst the things she “expects from the next administration.”

And she expects to see action on it almost immediately.

“We have a real opportunity to change lives with the first piece of federal legislation written by and directly for our community: The BREATHE Act,” she said.

“We are requesting that — in the first 100 days — the Biden-Harris administration works to pass this legislation,” Cullors added.

Cullors also penned a letter to Biden and Harris indicating that black people had helped them win the election and we “want something for our vote.”

Sorry Patrisse but that’s not how it works. Jews have been helping to elect Democrats ever since Bush #41 screwed up the Jewish vote for the GOP but the Dems are still crammed anti-Israel and anti-Semitic leaders.

If the Democrats win the Senate they will push the BREATHE Act without opposition. This means defunding the police, ending border patrol and ICE, reparations through taxes, and mass immigration. The Democrats will win every single election in every single state from then onward.

The BREATHE Act is a Marxist Dream Come True

Taking a closer look at the BREATHE Act summary shows just how extreme the legislation pushed by Black Lives Matter activists on Joe Biden really is.

It not only seeks to defund the police but calls for open borders as well, a concept that would disproportionately harm the black community.

Some of the text calls for:

They also want police removed from schools “and government offices that provide social services” and are calling for the passing of House Resolution 40, a bill resubmitted last year by Rep. Sheila Jackson Lee (D-TX) which would create a ‘reparations commission.’

When Cullors says she “wants something” for their vote, she’s literally suggesting payment.

To be totally honest one can’t totally object to reparations as long as it is restricted to anyone who was a slave and is still alive.

Senator John Kennedy, a Republican from Louisiana, dismissed the anti-police legislation, calling the Squad “Marxists” and saying the bill belongs in a shredder.

Sen. John Kennedy on Rashida Tlaib/Ayanna Pressley bill to abolish police and close prisons
"It is clearly a serious effort to compete in the Woke Olympics. I would give it 9.7. The only way I know how to improve their bill is with the shredder." pic.twitter.com/DhVbovacTo

“I have looked at the congresswomen’s bill,” Kennedy quipped. “It is clearly a serious effort to compete in the woke Olympics. I would give it a 9.7.”

“As an American who feels gratitude, not hatred for my country though, the only way I know how to improve their bill is with a shredder.”

If defunding the police and paying for reparations wasn’t enough, Pressley is also pushing Biden to cancel student debt on “day one” of his administration.

“We are finally turning the page on this dark chapter in our history,” Pressley said in an interview with MSNBC.

“On day one, by executive order with the stroke of the pen, canceling student debt is one of the things that I’m appealing to the Biden/Harris administration to do.”

What would student debt cancellation mean for you? https://t.co/jMCrnlW9DZ

What does it mean to me? It means that even though I paid off my student loans almost forty years ago, and paid for both my kids to go to college, as a taxpayer I may have to pay the student debt of other people’s kids.

Pressley claims that canceling student debt is “a racial justice issue,” of which there is little evidence to support such a claim.

She says it would serve as its own form of stimulus.

The Committee for a Responsible Federal Budget disagrees with that assessment.

“Student debt cancellation would be an ineffective form of stimulus,” they advise, “providing a small boost to the near-term economy relative to the cost.”

Isn’t that what the far-left Marxist movement is all about? It’s called redistribution of income.