Working Families Going To The Sidelines To Stay Indefinitely Remains The Greatest Challenge The Country Will Face Economically This Coming Year — And All The Years To Come. 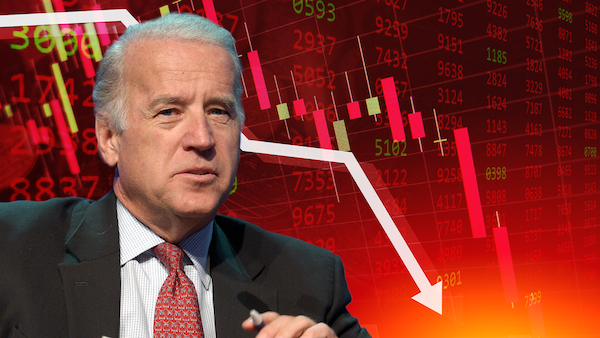 The U.S. economy is poised to continue a massive recovery that began after labor markets bottomed in April with 25 million jobs lost during Covid, with 16 million of them having been recovered since then — provided that President-elect Joe Biden does not kill the rest of the recovery that began on President Donald Trump’s watch.

Really, all Biden needs to do right now is almost nothing, and allow the U.S. economy to fully reopen once the Covid vaccine has been fully administered and the number of daily new cases approaches zero.

Already, it appears the virus peaked pretty much on Christmas Eve 2020, with 698,000 probable new cases daily, down to about 582,000 a day as the vaccine is being distributed, according to projections by the Institute for Health Metrics and Evaluation (IHME). By March, IHME says the number of cases will be down to about 276,000 a day and 112,000 a day by April.

Readers will note that those projections are far above what is reported in terms of confirmed new cases daily, which hit a high of 300,000 on Jan. 8. The reason for that is because not everyone who gets sick gets tested.

Does the virus come back in force, or by then, has herd immunity fully taken effect?

The answer to that question may largely determine what sort of economic recovery we have. Immediately, it appears that the faster new cases decrease, the more jobs will be created. Let us hope it is the latter.

Just looking at the past month’s data from unemployment jobless claims, initial jobless claims are still coming in at clips of 800,000 to 900,000 a week — and yet 21,000 jobs were gained in December in the Bureau of Labor Statistics’ household survey.

After that, it is a somewhat simpler matter to project that in 2021, once the new Covid cases are plummeting in the spring, the economic rebound should be gargantuan — provided the new Biden administration doesn’t mess it all up. It’s pretty easy not to.

Don’t do the Green New Deal.

Don’t put the U.S. at a competitive disadvantage by rolling back the Trump 25 percent tariff on $250 billion of Chinese goods and another 7.5 percent on the remaining $300 billion of goods.

Don’t go on a regulatory binge and crush U.S. innovators.

Don’t crush the U.S. health care system by abolishing the filibuster and implementing the public option.

Otherwise, the 9 million jobs the economy still needs to recover from Covid won’t materialize any time soon. It could be another stagnant recovery like we saw from 2009 onward under the Obama-Biden administration, with sub-par growth and millions leaving the labor force.

Which, on that count, 100,000 Americans left the U.S. labor force in December. The number not in the labor force is still 5.4 million greater today at 100.6 million than before Covid when it was at 95.2 million.

Working families going to the sidelines to stay indefinitely remains the greatest challenge the country will face economically this coming year — and all the years to come.

Cutting taxes regulations and getting better trade deals, and letting American energy producers do what they do best, led to one of the best jobs economies in U.S. history under President Trump, with unemployment reaching a 50-year low as recently as Feb. 2020 before Covid struck.

If Biden wants to have a similar record, it’s not hard — all he has to do is nothing. America needs to reopen. It’s time to get back to work.