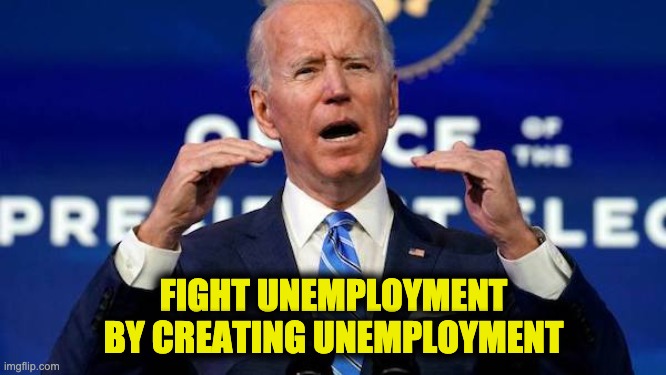 Joe Biden who will take over the oval office in less than a week, presented a new, massive COVID relief bill that may be passed easily as his far-left Democratic Party controls both houses of Congress.

One of the last major battles of President Trump’s presidency (at least in the political sense) revolved around the need for further coronavirus stimulus relief for the nation. Congressional Democrats did their fair share of bickering on the subject over the last several months, surely. Still, a last-minute interjection by President Trump really kicked things into high gear.  The Commander in Chief (along with most Congress) wanted to replace the $600 direct payments with $2,000 direct payments.  Senate Majority Leader Mitch McConnell pushed back, and the rest is history.

Here’s what Biden calls for:

Fighting unemployment is one thing, but increasing the minimum wage to $15/hour will increase unemployment.

The bill’s total price tag stands at $1.9 trillion, which is far more than congressional Republicans were willing to spend during earlier negotiations.

But, now that Biden will have a majority in the House and the Senate, who knows what sort of legislative onslaught awaits—but it ain’t gonna be pretty.