The Ongoing Biden Corruption And Hillary Collusion Investigations In Ukraine 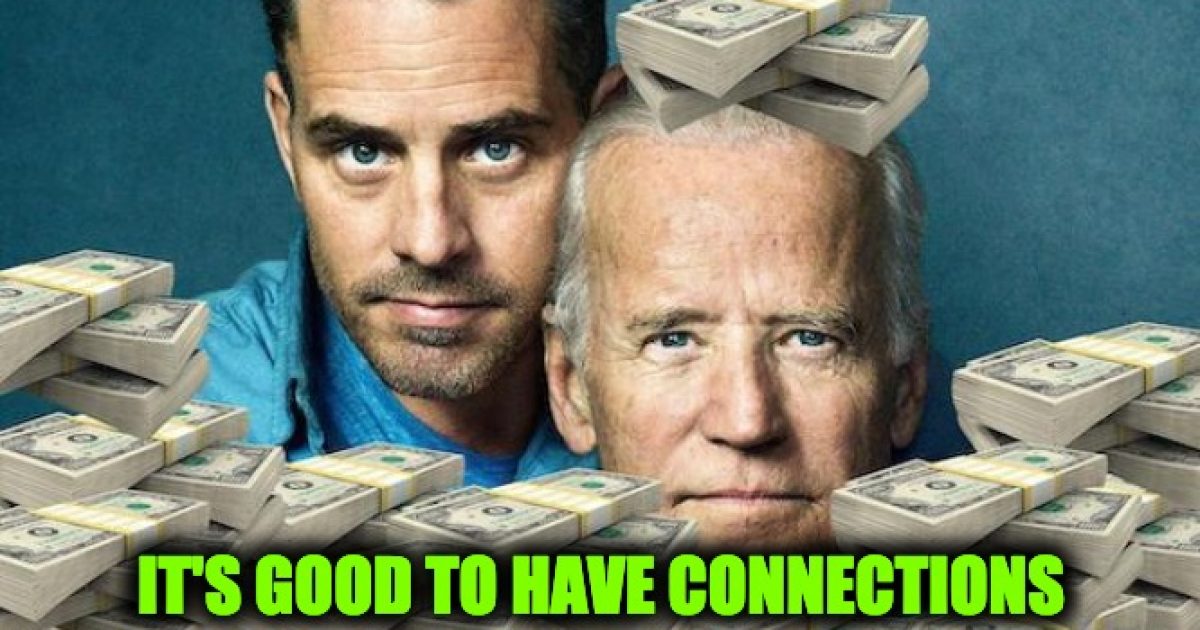 Rudy Giuliani will soon be going to Ukraine to meet with the incoming president Volodymyr Zelensky. The President’s attorney will be trying to convince the Ukanian to continue the ongoing investigations regarding the 2016 Hillary Clinton campaign being helped by the Ukrainian government and the SCHMOTUS Joe Biden’s 2016 call for Ukraine to remove its prosecutor, who had been investigating a Ukrainian natural gas company where Biden’s son, Hunter, was on the board.

The Hillary probe is a political hot potato in Ukraine. John Solomon of the Hill has been all over this story in recent months.

Two months ago he reported that Ukrainian Prosecutor General Yuriy Lutsenko opened an investigation into members of the parliament trying to help Hillary Clinton by releasing damaging information about Paul Manafort:

“Today we will launch a criminal investigation about this and we will give a legal assessment of this information,” Lutsenko said last week.

Lutsenko is probing a claim from a member of the Ukrainian parliament that the director of the National Anti-Corruption Bureau of Ukraine (NABU), Artem Sytnyk, attempted to the benefit of the 2016 U.S. presidential election on behalf of Hillary Clinton.

(…) “According to the member of parliament of Ukraine, he got the court decision that the NABU official conducted an illegal intrusion into the American election campaign,” Lutsenko said.

“It means that we think Mr. Sytnyk, the NABU director, officially talked about the criminal investigation with Mr. [Paul] Manafort, and at the same time, Mr. Sytnyk stressed that in such a way, he wanted to assist the campaign of Ms. Clinton,” he continued.

The story first surfaced in a 2017 Politico piece:

Ukraine was also assisting Hillary, and the Democrats launch the Russia witch hunt.

The Politico report identified  Ukrainian-American political operative Alexandra Chalupa, who was consulting for the Democratic National Committee as the contact to the Ukrainian officials.  Oksana Shulyar, one of Ukrainian Ambassador to the U.S. Valeriy Chaly’s top aides, was the point person on the foreign helping Hillary side.

In April 2019a senior member of Ukraine’s Prosecutor General’s International Legal Cooperation Dept. told John Solomon that since last year he’s been blocked from getting visas for himself and a team to go to the U.S. to deliver to the DOJ evidence of Democratic party wrongdoing during the 2016 election.  The senior prosecutor Kostiantyn Kulyk never got an answer about coming to the U.S., and he says it’s because the visas were blocked by the U.S. Ambassador. The Ambassador, Marie L. Yovanovitch is a career diplomat (since 1986) who served under both Democratic and Republicans and was appointed to her present position in August 2016 by former President Obama.

As for the Joe Biden/Hunter Biden Scandal Guliani should bring a copy of Peter Schweizer’s book “Secret Empires: How the American Political Class Hides Corruption and Enriches Family and Friends.” because the Hunter Biden story is one of the examples of the political class enriching family that Schweizer explains in the book.

Schweizer gave a shortened version of the Hunter Biden story to Breitbart.com

“The bottom line is Joe Biden was the Obama administration’s point-person on policy towards Ukraine,” noted Schweizer. “He steered $1.8 billion in aid to that government and while he was doing so, his son got a sweetheart deal with this energy company – that we’ve been able to trace over just a 14-month period – paid $3.1 million into an account where Hunter Biden was getting paid.”

Schweizer highlighted Hunter Biden’s lack of professional or experiential bona fides in terms of his board position at Burisma Holdings.

Schweizer went on, “It’s a huge problem, and it goes to this question of corruption and potential payoffs and bribes that these foreign entities were making to the Bidens in exchange for hopefully getting favorable treatment.”

The Ukranian Prosecutor General Viktor Shokin was leading a wide-ranging corruption probe into Hunter Biden’s cash cow, Burisma Holdings. And in Biden’s own words during a speech to the Council on Foreign Relations, he forced Ukraine to fire Shokin.

And I remember going over, convincing our team, our leaders to—convincing that we should be providing for loan guarantees. And I went over, I guess, the 12th, 13th time to Kiev. And I was supposed to announce that there was another billion-dollar loan guarantee. And I had gotten a commitment from Poroshenko and from Yatsenyuk that they would take action against the state prosecutor. And they didn’t.

Of course, during, the speech Joe Biden forgot to mention that the Prosecutor General was about to nail his son’s firm (and maybe his son) for corruption.

Both the above scandals were under investigations started by Ukraine President Petro Poroshenko, Guiliani wants to make sure that when Volodymyr Zelensky takes office in June, he doesn’t shut the inquiries. Apparently, George Soros is trying to convince the new Pres. to drop the probes.

And if you haven’t read “Secret Empires: How the American Political Class Hides Corruption and Enriches Family and Friends.” By Peter Schweizer go get your copy ASAP. As you may remember, Peter’s book “Clinton Cash” helped revealed to the world the Uranium One and other Hillary pay for play scandals, you don’t want to miss the corruption revealed in “Secret Empires.”