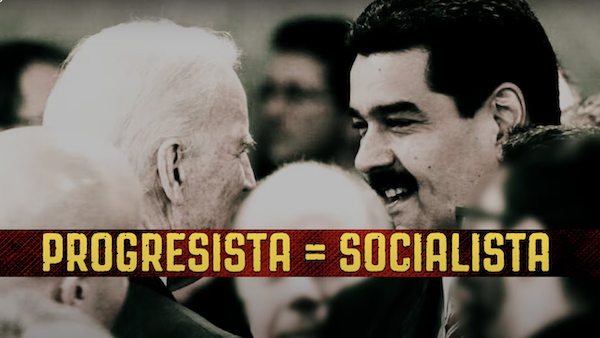 Democratic presidential nominee Joe Biden, desperate to gain traction with Hispanic voters in Florida, compared President Trump to the late Cuban dictator Fidel Castro. Biden made the comments during an interview with Univision Orlando on Tuesday.

Polls have consistently shown Biden struggling with Latino voters in Florida. Politico reports that Biden’s advantage among the group is 16 points less than Hillary Clinton’s in 2016.

“Trump has more in common with Castro than with Churchill,” Biden snarled. “Look who he admires. He admires Putin, he admires Xi, he admires everyone who behaves in an authoritarian way. I am the exact opposite. I have faith in the democratic system.” 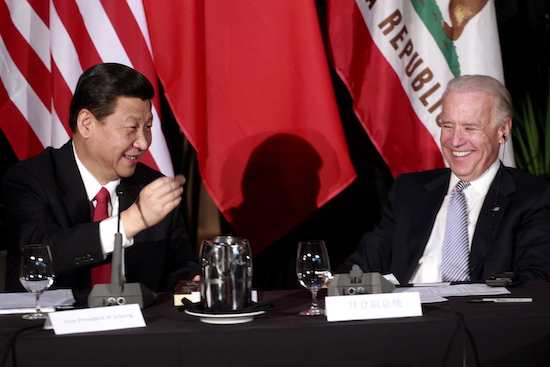 The problem the association raises for Biden grows exponentially when you recall that it was the “Obama-Biden administration,” to borrow his terminology, that normalized American relations with Castro’s brother and tyrannical successor, Raul. Obama’s statement about offering “a hand of friendship to the Cuban people” in the spring before his last year in office obscured the communist dictator’s record of oppression and murder.

In 2017 President Trump reimposed economic sanctions on Cuba, imposed travel restrictions that had been relaxed under former President Obama, and abandoned diplomatic engagement with the country.

In April, the former SCHMOTUS said he would return to the Obama-era policies of engagement with Cuba and reverse the Trump administration’s sanctions if he wins the White House race in November, “In large part, I would go back,”

Biden’s promise to revert to a policy that President Trump correctly reverse revealed a more profound truth about Biden—his foreign policy views match those of Bernie Sanders and the radical Democrat’s socialist agenda.

Dementia Joe Biden even blamed Trump for Cuba’s potentially becoming a member of the U.N.’s Human Rights Council (HRC), adding that Cuba’s presence on the council “would betray Cuba’s political prisoners” and “undermine U.S. diplomacy,” Cuba was elected to the council three times while Biden was vice president.

“I am here to tell you – we cannot let them take over our country,” Alvarez warned. “I heard the promises of Fidel Castro. And I can never forget all those who grew up around me, who looked like me, who suffered and starved and died because they believed those empty promises. They swallowed the communist poison pill.”

Last night's #RNC2020 featured compelling stories directly from the American people. One of those stories was from Maximo Alvarez, a Cuban immigrant whose family fled Castro’s totalitarian regime. pic.twitter.com/kvafE6diZF

Ricardo Gomez, a former police officer in Miami, told USA Today his “family fought too hard to flee Fidel Castro’s Cuba only to end up with a socialist-leaning administration in the United States.” Biden, he believes, has adopted the socialist mindset.

“They’ve adopted Bernie Sanders, they’ve adopted the AOC model,” said Gomez. “They’re not calling the anarchists in the street burning and looting what they are … street thugs.” “Do we want this to become another Cuba?” he asked. Fidel Castro would use Progressive and socialism interchangeably. Based on his promised policies and his alliance with Bernie Sanders, Socialist Joe probably does also.

Socialism opened our relations with the world and today we occupy, together with the Soviet Union and other countries of the socialist community, a vanguard position among the progressive peoples of the Earth, among the peoples who struggle to establish more just societies. , more humane societies. Is our socialist society or is not 1,000 times more just, 1,000 times more humane compared to capitalist society !?  Fidel Castro- April 16, 1961

“If I’m elected… I’m going to go down as one of the most progressive presidents in American history. Joe Biden- July 28, 2020

Do we want to become another Cuba or Venezuela? That’s a question Biden supporters should ask themselves before filling out their ballots.