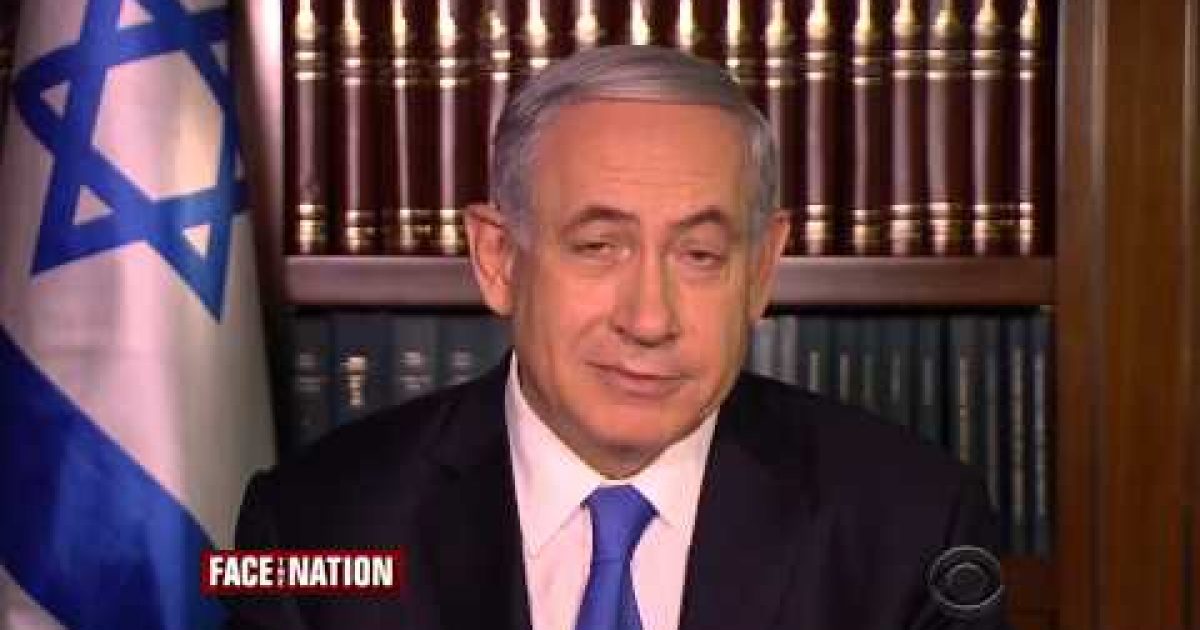 Interviewed on Sunday’s Face The Nation, Israeli Prime Minister Benjamin Netanyahu slammed Obama continuing attacks on Bibi’s speech before congress saying, “It’s useful to remember who your ally is and who your enemy is”

Schieffer started by asking Netanyahu about a tweet showing Obama’s attacks were continuing.

Schieffer: Let me read you a tweet that the White House called — sent out last week calling attention to an article why he said your predictions have been wrong for 25 years. Were you offended by that?

Interesting take from @FareedZakaria on why PM Netanyahu’s predictions on #Iran have been wrong for 25 years http://t.co/SHffz3GPOj
— WH National Security (@NSCPress) March 6, 2015

Netanyahu: Well, the reason I’ve been warning for 25 years because Iran has been trying to get to the bomb if we hadn’t acted i and president Obama and congress and others, if we hadn’t acted in these intervening years, Iran would have had the nuclear weapon a long time ago. And if we don’t, let our guard down if we had let our guard down Iran would have had the weapon if we let our guard down now it will have the weapon. As far as tweets, if I had to choose I’d retweat something that we link to Iran that is the supreme leader Ayatollah who he cites nine ways and reasons that Israel should be destroyed that gives you much better perspective on this regime.

Why should & how can #Israel be eliminated? Ayatollah Khamenei’s answer to 9 key questions. #HandsOffAlAqsa pic.twitter.com/IVPOuNfMQH
— Khamenei.ir (@khamenei_ir) November 9, 2014

Even in these times of, sometimes disagreement, I think it’s useful to remember who your ally is and who your enemy is.

Well said Bibi, but perhaps President Obama doesn’t really consider Israel and ally…he has never acted like he does.

See the video below