Bernie Likes Biden’s New Progressive Agenda, Maybe Because Joe Plagiarized It From Him 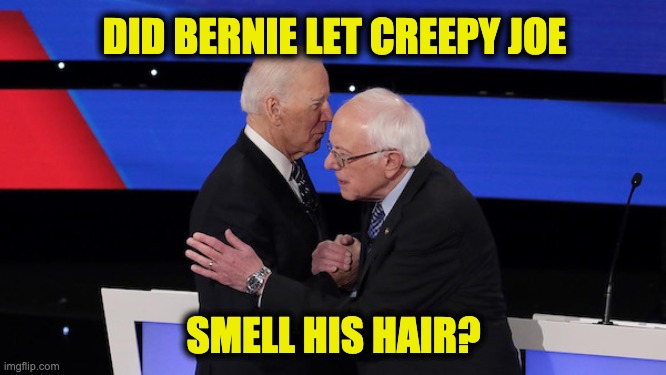 ooWe’veWe’ve all lived a lifetime or three since Super Tuesday, but have we all forgotten WHY Biden was able to snag the nomination? Dems rallied around the only guy who had a shot at beating Bernie. Bernie likes Biden agenda

Why was beating Bernie so important? Because Angry Bernie was openly a proto-Soviet, who praised Venezuela’s’s government and bread lines as being ”good”.

Biden, we were told, was the much more moderate and mainstream Democrat candidate who wouldn’t tilt at all the same windmills that a Cold War Commie like Bernie would.

That’s what we were TOLD. But Bernie pledged to pull Biden as far to the Left has he could.

The question WE have to answer is which Biden are we being offered? Is he a ”hold-the-line” continuation of what we saw when he and Obama were in office?

Or has the party cranked the wheel hard to the left, with Biden serving only as the sock-puppet figurehead making their radical policies seem a little more mainstream?

Well, that question is being answered for us in real-time.

Joe, who had to drop his presidential run of the ’80s’80s due to plagiarism, is telling us what he plans to do if he takes office. He published a platform that was literally stolen from Bernie–it’s word-for-word from Bernies” Manifesto.

We found multiple instances of word-for-word copying from Bernie.

All of the below is from Steve Guest’s tweets. 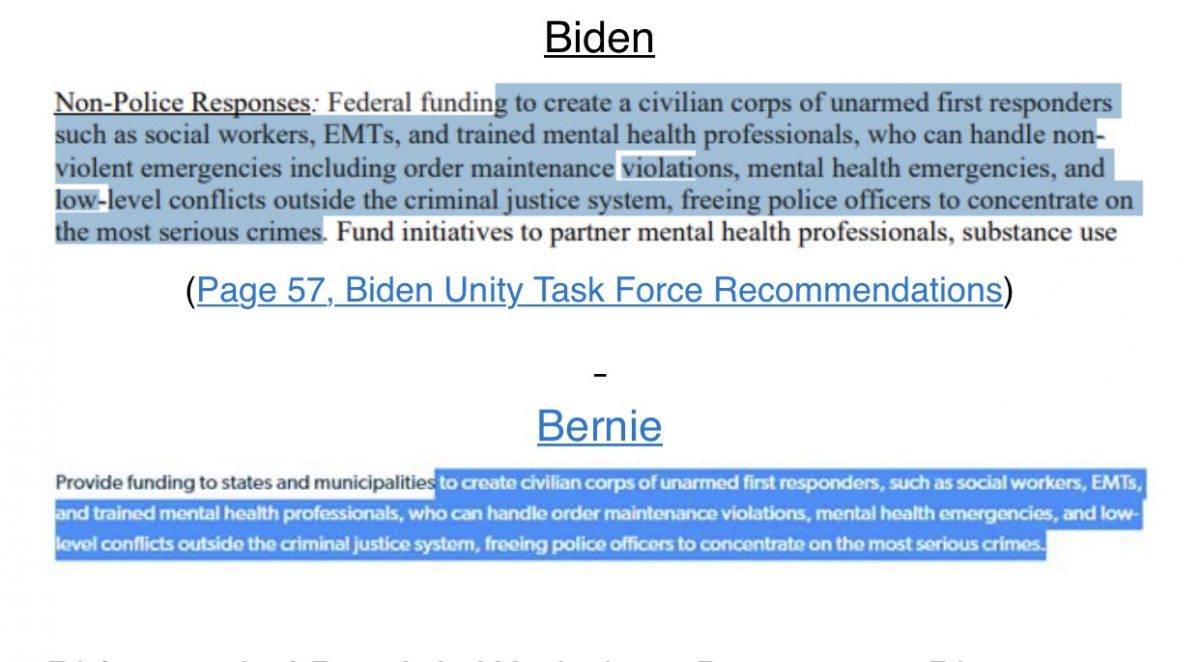 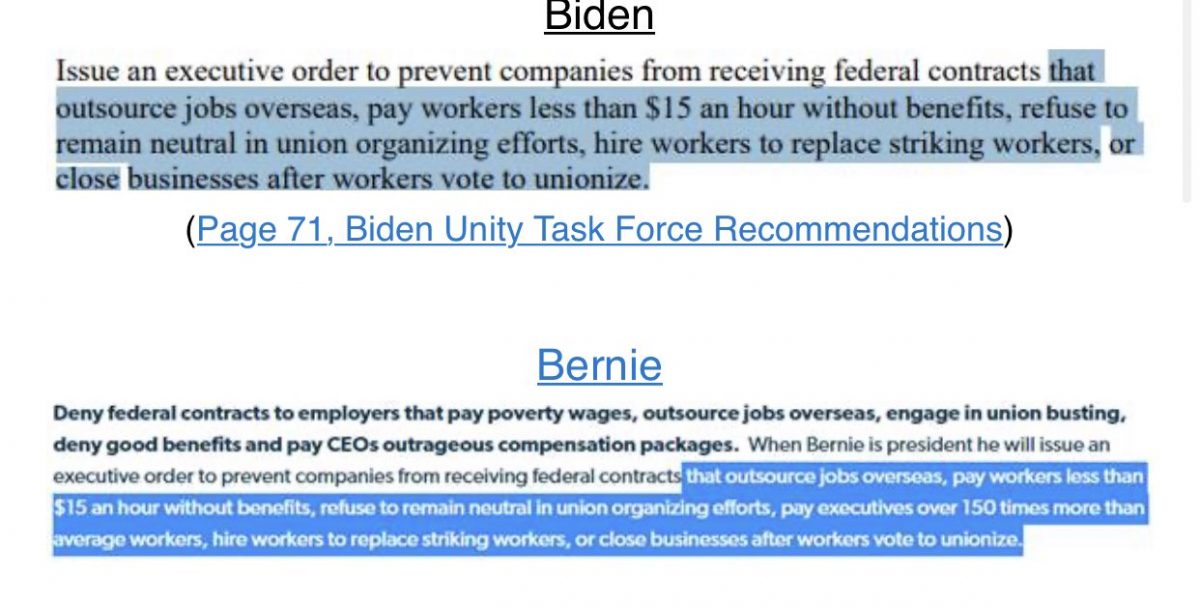 Bottom Line: Joe Biden has years of experience copying from others, now his task force is straight up copying from Bernie’s 2020 campaign proposals.

Bernie gives Biden’s plan a full-throated endorsement (after-all it was his plan):

Is it any wonder that AOC, who publicly lamented as recently as January that, in any other country, she and Biden wouldn’t even be in the same party — is now solidly on board with his candidacy.

SHE didn’t compromise by coming to the center.  Joe moved to the left—Bernie won.

And now Biden is Bernie, and Bernie is Biden.

We’re quickly learning that the policy differences between them are mainly superficial.