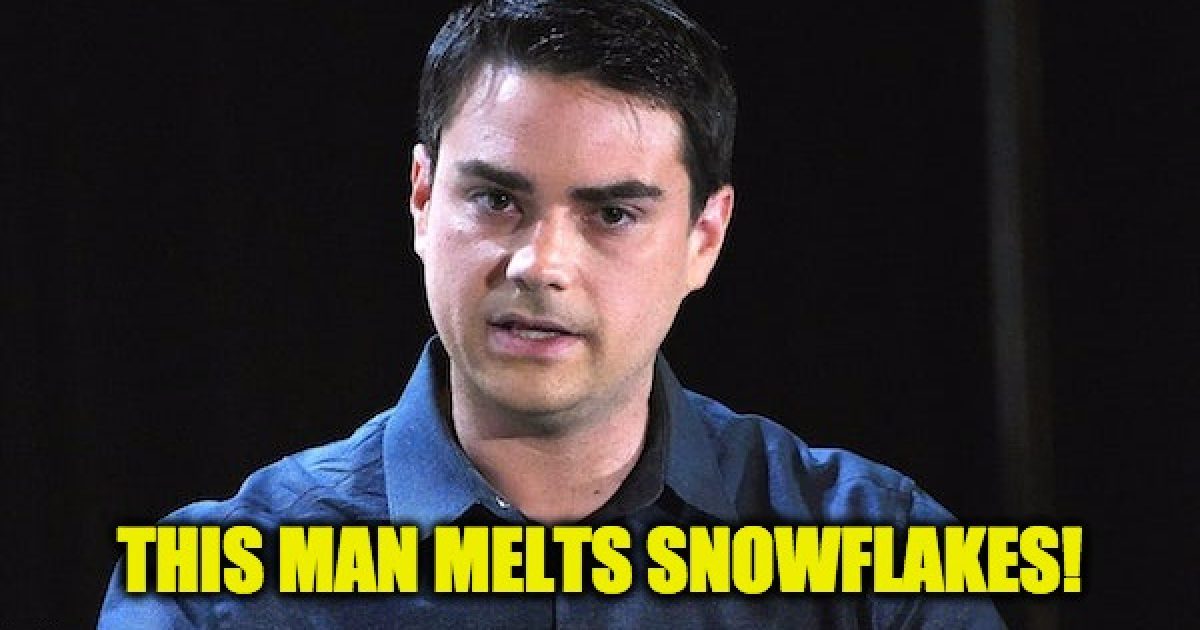 Piers Morgan doesn’t usually get things right, but in a recent tweet, he defended conservative Ben Shapiro from the snowflakes at Berkeley.

The college is very worried about Shapiro’s upcoming speech on their campus and has actually offered their students “counseling” to help them recover from the “trauma” of having a conservative speaker on campus. To be honest Jeff Dunetz worked for Shapiro for over a year and he assures me that He didn’t require counseling for the experience (whether Ben needed counseling is unknown).

Of course, to avoid any “trauma” Berkeley snowflakes could just stay home and not go to Ben’s presentation and then it would just like it never happened.

Donald Trump Jr. was blown away that anyone would be bothered by a conservative speaking on campus.

He’s going there to give a speech and they treat it like an incoming meteor. Sad that we have to “brace” for words these days. https://t.co/fFXOCc0f1S

Which is when the left wing Piers Morgan jumped in and agreed with Trump, Jr.

Not just sad, utterly ridiculous.
I find @benshapiro very annoying too but this is pathetic.
Debate him, you spineless snowflakes. https://t.co/2yhHbCIoqR

Not only is the situation in Berkeley “sad,” Morgan adds that it’s simply pathetic.

Shapiro happily noticed the support and tweeted his “appreciation.”

Look what you did, @UCBerkeley https://t.co/gic4Ju6zsm

The reason Morgan is no fan of Shapiro is that the two have met before in a debate about gun control.   it did not go well for Morgan as Shapiro laid waste to Morgan’s arguments using facts, logic, and data.

Shapiro’s utter destruction of Morgan on gun control has become the stuff of Internet legend, which is no doubt why Morgan still finds him “annoying.”

The whining and the gnashing of teeth that takes place on college campuses whenever a conservative speaker gives his opinion is just ridiculous.

First, there is no need for any of the liberal students to hear a single word that the speaker says. Second, Ben Shapiro and other mainstream conservatives are not spewing hate, not defending bigotry, not calling for violence, and not giving an opinion that has ever been considered “extreme” (until now).

These are mainstream ideas being voiced by eloquent and intelligent people.

If leftists snowflakes believe that the opinions are wrong then they should offer an opposing view, not violence or tears, but they can’t because this is the politically correct, nobody’s feelings get hurt, everybody gets a participation trophy, every class is pass/fail generation who are little more than thugs who try to brand anybody who disagrees with their false vision of a liberal Nirvana as bigots.

Ben Shapiro is one of the brightest people I’ve met (and I say that even though he’s no longer my boss so I don’t have to’). Even if these snowflakes disagree with him, they could learn a lot about building a coherent  argument, and the points they would have to address in order to convince conservatives of their point of view.  But instead, this generation that was never allowed to feel the sting of losing practices avoidance rather than engaging in any attempt to have a logical discussion with anyone whom they disagree. Sadly these snowflakes partially represent the future of America.