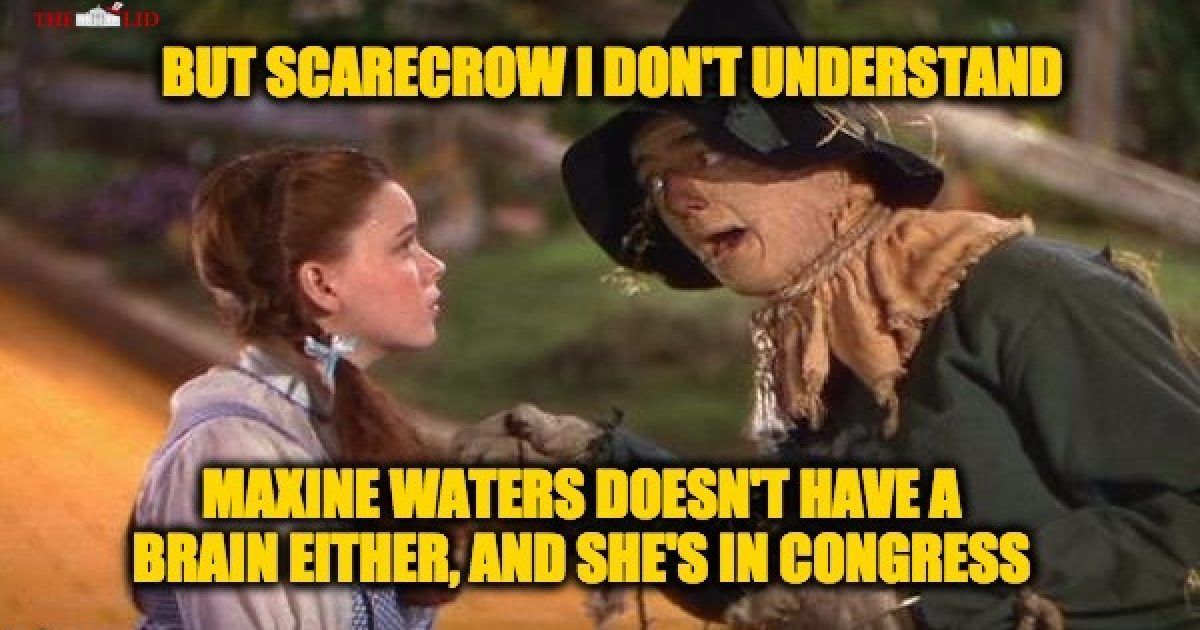 World-renown brain surgeon turned Secretary of Housing and Urban Development, Dr. Ben Carson may have found a brain disease he cannot treat. It’s called “WhateversMakingMaxineWatersNUTS.” The Crazy Congresswoman from California who always knows the perfect thing to say to reassure America’s insane asylums they will be in business for a very long time has done it again. On Thursday she claimed that Dr. Carson, Steve Mnuchin and the rest of the cabinet look like the ,  no she called them . Actually, she made up a new term, Mad-Maxine called them white-wing nationalists Sadly malapropism is the least of Maxine Waters’ issues.

Appearing before the Los Angeles Community Review Board Thursday evening, the wacko Waters launched into the POTUS, Treasury Secretary Steve Mnuchin, and Secretary of Housing and Urban Development Dr. Ben Carson, and had a special threat for the good doctor.

“Of course, there’s so much uncertainty, now with this president and with this administration.Mr. Mnuchin, who is the Treasury Secretary, who is responsible for over 36,000 foreclosures in this area, is now the Secretary of the Treasury. Standing next to him just yesterday, or day before yesterday, I’m getting these days mixed up.While the president was defending the white-wing nationalists and the KKK and all of those alt-right groups that were basically out there in Virginia literally beating and marching and ranting about Jews and black people, etc., etc. But, this is what this Cabinet looks like. Were we talking about Mnuchin or Ben Carson. He’s got to come before my committee. If you think ‘reclaiming my time’ that I did with Mnuchin, you wait till Ben Carson comes.”

Note to Rep. Waters please don’t mention Jews. I’m now worried that all of the “chosen people” will have to fast an extra hour this coming Yom Kippur because you sullied us with the mention.

Note to Dr. Carson. As a brilliant brain surgeon isn’t there anything you can to help Ms. Waters?

Below please find the video of Mad Maxine’s tirade.