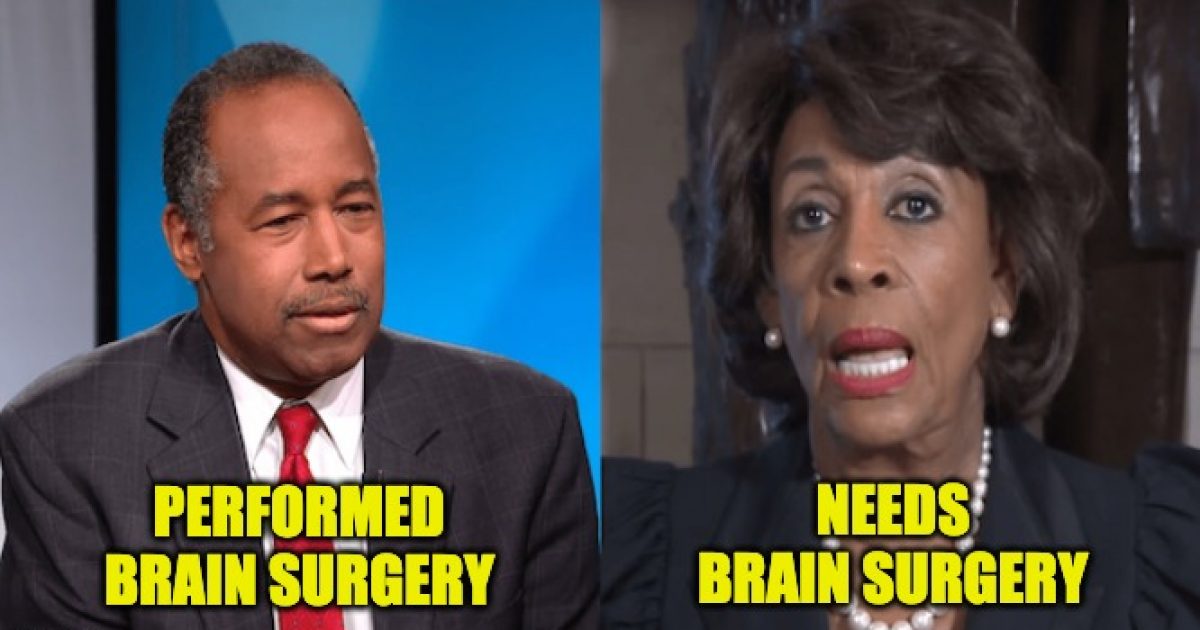 Carson’s letter was in response to Waters’ own effort, which she sent to President Trump last month amidst reports that the White House was considering plans to remove homeless people off the streets of California.

Carson unleashed in his response.

“My mother always taught me that people shouldn’t throw rocks, especially while they live in a glass house, Because of that wise lesson, I was a little surprised to read your hostile letter to President Trump regarding the record number of homeless Americans in California, particularly in your district.”

"I was a little surprised to read your hostile letter to President Trump regarding the record number of homeless Americans in California, particularly in your district," Carson wrote to the California Democrat https://t.co/qx7udoXUx2

Carson pivoted to noting that he’s given Waters ample opportunity to discuss the homelessness crisis in her state and district, and she has yet to respond.

“I have sent multiple letters to your office and requested numerous meetings, but each time you’ve refused,” Carson wrote. “Basic manners elude you, and it seems that instead of producing results, you’re more interested in producing cheap headlines at the President’s expense — like a true career politician.”

The good doctor even referenced controversial comments he made previously about concerns that “big, hairy men” were trying to enter women’s shelters.

“Shamelessness is allowing anyone other than a biological female into a battered women’s shelter,” he added.

In a statement to The Hill, Waters continued her shamelessness by taunting Carson for not being important enough to get a meeting with her.

“Instead of whining about his inability to get on my schedule, he should take some time to focus on the over half a million people experiencing homelessness in this country,” she said, adding that Carson “should contain his tantrums.”

This, from the woman who screeches impeachment at every corner and instructs her followers to harass Trump supporters in public places.

Carson and Waters’ feud goes back quite some time, with the latter apparently not thrilled with a successful self-made person of color working with the President.

In the summer of 2017, Waters sneered that Carson should go back to being a surgeon and threatened that if he should meet her in Congress again, she’ll “take his a** apart.”

Waters was named “one of the most corrupt members of Congress” by the Citizens for Responsibility and Ethics in Washington. In 2010 Waters was accused of helping an unsound bank (OneUnited) receive government aid to help her husband, who was an officer and stock-owner of the bank. She avoided any problems by throwing her grandson under the bus and making him take the blame for the “mistake.”

She owns a 6,000 square-foot mansion worth $4.3 million on the salary of a congressional representative. She has been caught paying her own daughter $750,000 to mail out campaign flyers.

Waters’ financial gains through corrupt means are no secret. She flaunts it. She is corrupt, shameless, and divisive. The only thing Carson ever divided was conjoined twins, joined at the head.