Joy Behar Rips Into Meghan McCain, ‘Get This B***h Under Control!’ 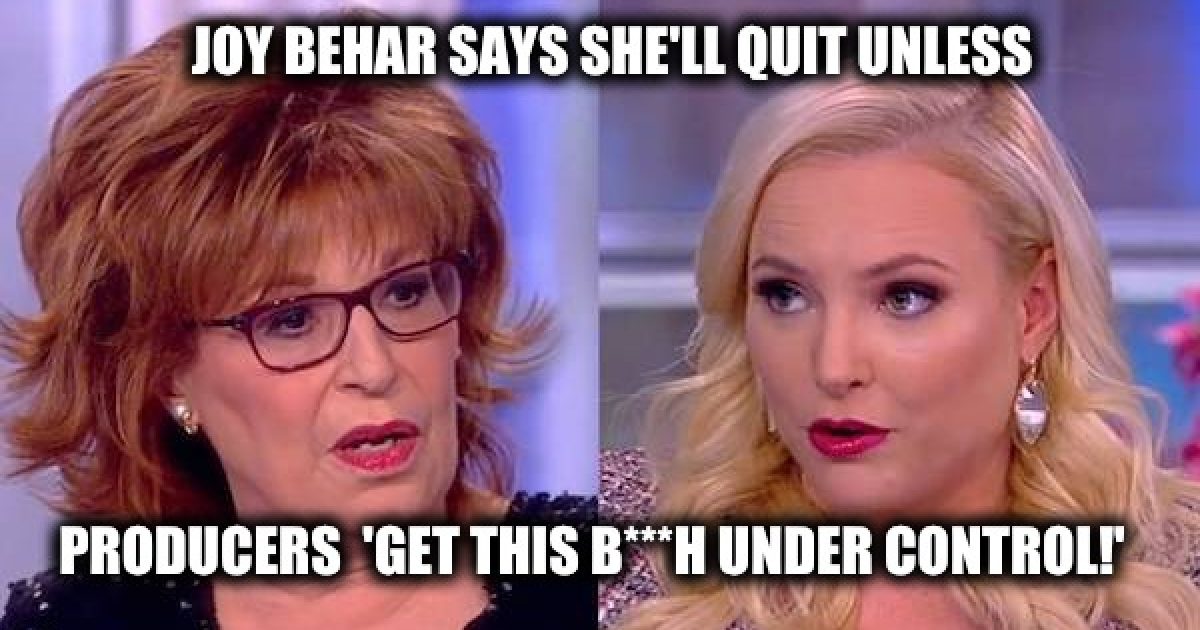 On Monday, at “The View” co-host Joy Behar threw a temper tantrum and threatened to quit the show if “entitled b***h”  Meghan McCain didn’t stop challenging her, as a warm tribute to the late president George HW Bush turned into a shouting match between Behar and  McCain.

It started out as a non-political tribute to the late Pres. Bush #41, each of the hosts saying something nice about the former president who passed away. The acerbic Joy Behar began to talk about Bush and the Clean Air Act and transitioned it into an attack on Trump:

I want to say one thing about him that was not picked up really because as a candidate he said, “those who think we’re powerless to do anything about the greenhouse effect are forgetting about the White House effect. “ then he signed into law the clean air act amendment of 1990, one of the most sweeping environmental statutes ever. This president that we have now is trying to unravel everything that he did and Obama did, and if I ever become a one-issue voter, it will be about pollution and the greenhouse effect and the fact that —

Meghan McCain interrupted asking her to stay on point, “Can we focus on the president, please. I don’t want to talk about Trump when we’re in a moment, we’re honoring a great president—”

Behar was not pleased, she responded, ” Excuse me for a second, please. I want to talk about the difference–”

The anger was rising as McCain snapped back, “I’m not interested in your one issue voter–,”  Visibly angry Behar got louder as she shouted, “And  I don’t care what you’re interested in. I’m talking—- Damn it !” “Well, I don’t care what you’re interested in either, Joy!” McCain responded just as Whoopi Goldberg was forced to cut to a commercial break to give things a chance to chill. As the show started going to break the viewers saw an angry Behar toss down her cue cards on the table.

But that wasn’t the end of it according to a report in the Daily Mail, as the show was going to break, Producers muted Behar’s microphone so her cussing could be heard on air.,

But the source told DailyMail.com that Behar threw her hands in the air, yelled ‘My God!’ and ‘Get this b***h under control.’

‘If this s**t doesn’t stop I’m quitting this damn show. I can’t take this much more,’ Behar allegedly fumed.

Producers ran to the stage in an attempt to de-escalate the situation, but Behar continued to rant, the source said.

‘I’ve tolerated a lot of s**t on this show but I’m at my wits’ end with this entitled b***h. Enough already! Enough already! I’m not playing nice any longer,’ Behar shouted, despite the studio audience being able to hear it all.

While I am not a fan of either woman,  McCain was correct that Behar was changing the tone of the segment. Behar’s threat that she’s not playing nice anymore was a strange comment as most media observers are waiting for the acerbic liberal to play nice for a first time.

Below is a video of the segment and the on-air part of the fight.

Get The Perfect Stocking Stuffer 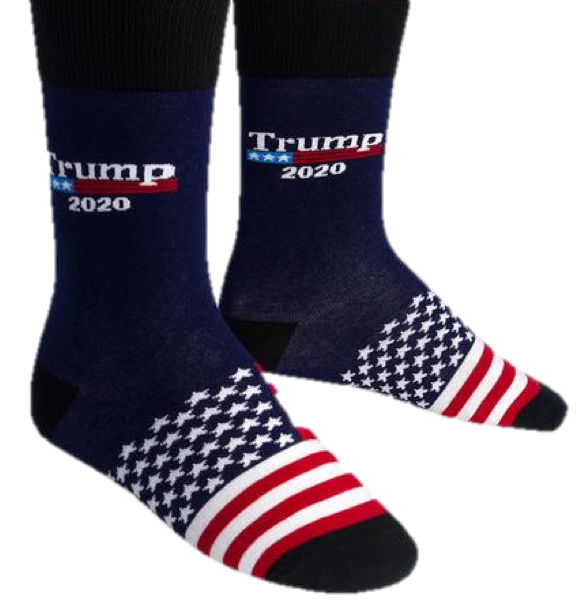 Cozy up by the fire with the perfect patriotic socks this season!