BDS Is The New Face Of The Old Antisemitism: What Will We Do To Stop It? 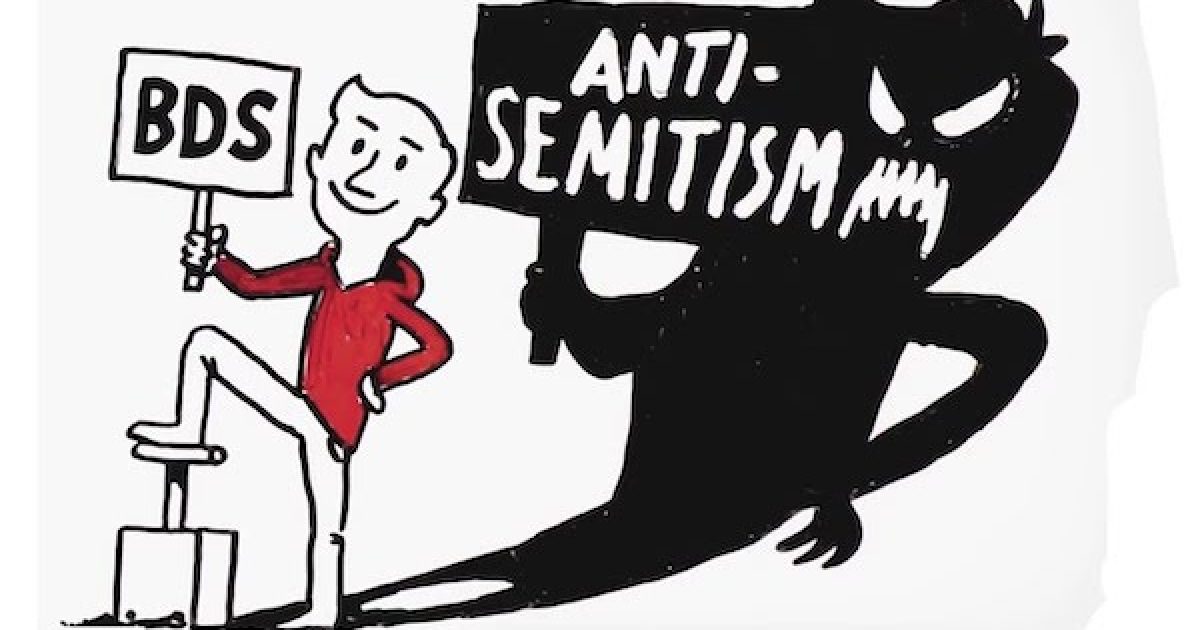 The dishonest proponents of the Boycott, Divestment, and Sanctions (BDS) movement have long claimed that they simply aim to further human rights. For years, they were able to recruit many progressives, including Jews, to support and justify their campaigns. Yet, in recent weeks, the true nature of this hate movement has been acknowledged in unprecedented ways.

After more than a decade of deception, new evidence is being presented by a range of governments, international organizations, and media outlets to show that BDS is nothing but a front for anti-Semitic hate groups and terrorists that seek nothing less than the destruction of the State of Israel. It is the new face of the old antisemitism. The world is just waking up to this horrifying truth, which sheds light on what America can do to address this growing hatred around the world.

On September 24, 2019, the United Nations — a body with no love for Israel and well-documented history of bias against the Jewish State — released an unprecedented report on the worldwide spread of anti-Semitism. The UN acknowledged that anti-Semitism is growing around the world, wearing one of three faces: on the far left, the far right, and among radical Islamists. In the report, the UN recognizes for the first time that “the objectives, activities, and effects of the BDS movement are fundamentally anti-Semitic.”

The next day, the Israeli Ministry of Strategic Affairs and Public Diplomacy released a landmark report “Behind the Mask – the Antisemitic Nature of BDS Exposed that reveals the rampant antisemitism within the BDS movement, including its calls for violence against Jews and the dismantlement of Israel. The report demonstrates how the BDS movement has intensified hatred against Jews around the world and provides 80 examples of antisemitism by key activists in the BDS movement. It documents the true face of BDS: a 15-year-old campaign that promotes demonization and delegitimization of the State of Israel, and, in so doing, has exacerbated antisemitic rhetoric against Jews worldwide.

It followed another bombshell Israeli government report from earlier this year, titled “Terrorists in Suits”, which revealed more than 100 different connections linking Palestinian terrorist groups to BDS organizations. The report documented how Palestinian terrorist groups and the anti-Israel boycott campaign work together in pursuit of their goal to wipe Israel off the map, given that the terrorists view boycotts as a complementary tactic to their violent activities.

The report showed how Hamas, Fatah, Islamic Jihad and the Popular Front for the Liberation of Palestine have ties to at least 13 anti-Israel NGOs, and have managed to place more than 30 of their members, including members who have previously sat in jail, some for murder, in senior positions inside of BDS organizations. The boycott organizations and terrorist-designated organizations fundraise together and share the same personnel. Contrary to popular belief, these officials have not abandoned their support for terrorism, but instead continue to maintain organizational, financial, and active ties with terrorist groups.

All of these reports followed a similar acknowledgment last summer by the German Parliament, which likened the BDS movement to the Nazis. It voted overwhelmingly for a resolution, which made clear BDS is not only antisemitic but also deploys methods reminiscent of Nazi-era calls to boycott Jews. The resolution came after the top German intelligence agency published a comprehensive analysis of rising antisemitism stemming from the BDS groups. These BDS groups were found to radicalize all other hate groups to create an ecosystem that breeds violent antisemitic attacks.

Germany now is working to be on the right side of history as they vividly remember when Nazis urged gentiles not to buy products from Jews, a boycott that escalated into outright theft, displacement, and eventually, the slaughter of six million Jews. It is time for others to follow.

The majority of the recent reports on the connection of the BDS movement to both terrorism and antisemitism make many different recommendations on how to stop the growing antisemitism of our era, one of which is of particular note: that countries should accept the International Holocaust Remembrance Alliance (IHRA) definition of antisemitism and uphold its principles and outlaw the BDS Movement.

The IHRA working definition is a concise description of a complex hatred that takes many forms. It reads: “Antisemitism is a certain perception of Jews, which may be expressed as hatred toward Jews. Rhetorical and physical manifestations of antisemitism are directed toward Jewish or non-Jewish individuals and/or their property, toward Jewish community institutions and religious facilities.”

The people who lead the BDS movement bring many different kinds of antisemitic hatred into our public conversation, and the IHRA definition helps identify the sort of bigotry that they spread. It defines anti-Semitism as accusing Jews or Israel of inventing or exaggerating the Holocaust, accusing Jews of dual loyalty, using blood libel to criticize Israel, comparing Israel to the Nazis, holding the Jewish state to a double standard, or, in one of its purest forms of hate, denying the Jewish people the right to self-determination.

Now that many in the world are finally acknowledging just how evil BDS is, our Jewish community and fellow Americans must follow suit. Governments and NGOs must adopt the IHRA definition of anti-Semitism. Our local, state, and federal government must pass laws and resolutions that condemn and delegitimize the vile hatred of BDS. Politicians and bureaucrats should stop funding educational programs that include BDS’s bigotry. Financial platforms not to provide services to BDS organizations that publish antisemitic content or that have links to terror, and we shall all demand that social media platforms remove antisemitic BDS content.

After a decade of excuses and inaction about BDS, it seems that some are finally waking up to the danger this movement poses not only to the Jewish people but also the basic values of the liberal societies in which we live.

It is on our leaders to build on the recent momentum to inform the public about BDS’ antisemitic agenda — its shadowy funding sources, its true aim of denying Jewish self-determination, its lopsided and underhanded tactics, and its connection to terrorism.

BDS is the new face of the old antisemitism, and when it comes to fighting antisemitism, the old adage “better late than never” is particularly apt for our moment. It’s time for us all to get to work.

Adam Milstein is an Israeli-American Philanthropreneur. He can be reached at adam@milsteinff.org, on Twitter @AdamMilstein, and on Facebook www.facebook.com/AdamMilsteinCP.