Barbara Bush Dead At 92: May She Rest In Peace 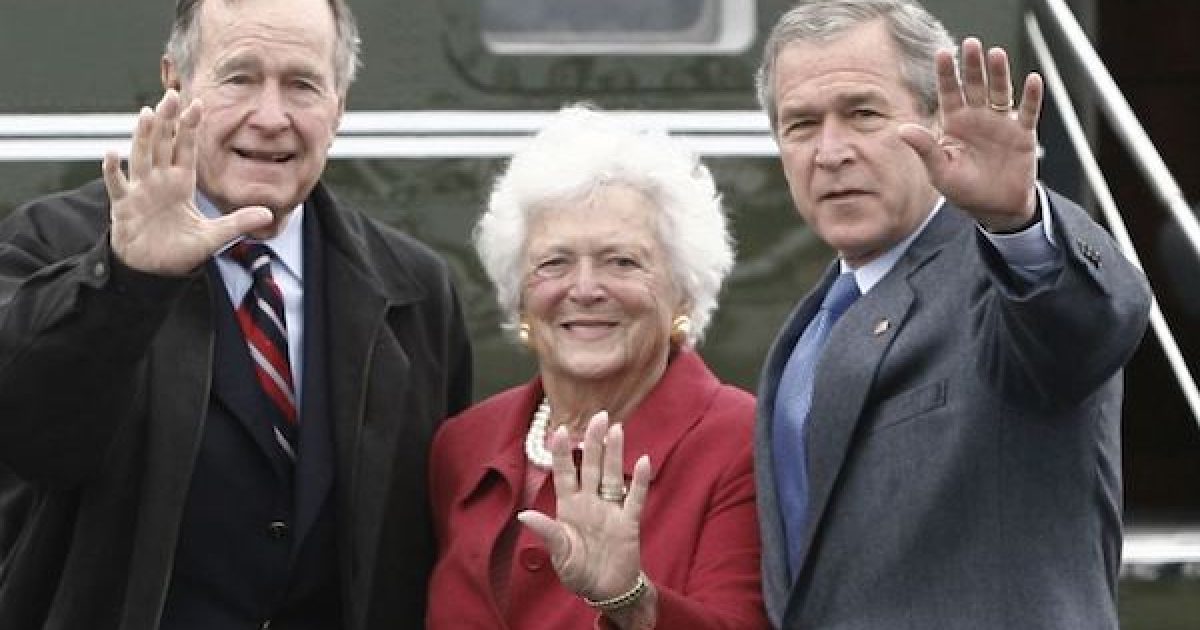 Two days after the announcement that she was no longer accepting medical treatment Former First Lady Barbara Bush passed away at age 92. She was one of two Americans in history who was both the wife and mother of a POTUS (Dolly Madison was the other). Years before the term became popular, Barbara Bush was the Mama Grizzly, fiercely protecting her family.

“A former First Lady of the United States of America and relentless proponent of family literacy, Barbara Pierce Bush passed away Tuesday, April 17, 2018, at the age of 92. She is survived by her husband of 73 years, President George H. W. Bush; five children and their spouses; 17 grandchildren; seven great-grandchildren; and her brother, Scott Pierce. She was preceded in death by her second child, Pauline Robinson ‘Robin’ Bush, and her siblings Martha Rafferty and James R. Pierce.”

Mrs. Bush was a fierce protector of her family. She was married to the former president for 73 years and it was abundantly clear they adored each other.

In 1990 she spoke the Wellesley College commencement and drove home the importance she gave family, “At the end of your life, you will never regret not having passed one more test, winning one more verdict, or not closing one more deal. You will regret time not spent with a husband, a child, a friend or a parent.”

“My dear mother has passed on at age 92. Laura, Barbara, Jenna, and I are sad, but our souls are settled because we know hers was. Barbara Bush was a fabulous First Lady and a woman unlike any other who brought levity, love, and literacy to millions. To us, she was so much more. Mom kept us on our toes and kept us laughing until the end. I’m a lucky man that Barbara Bush was my mother. Our family will miss her dearly, and we thank you all for your prayers and good wishes.”

It is very rare for someone in a political family to be adored by people of all political persuasions, Barbara Bush was one of those rarities.

May God comfort all of Barbara Bush’s loved ones, may he protect her soul and may she rest in peace.