Barack Obama and the Cavalcade of Naivete 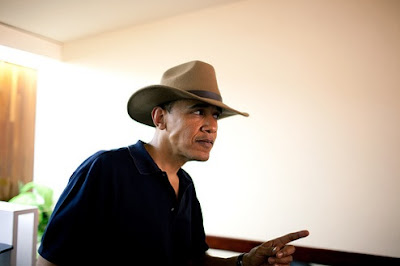 “When you look at what’s happening…in the Middle East, it is a manifestation of new technologies, the winds of freedom that are blowing through countries that have not felt those winds in decades, a whole new generation that says I want to be a part of this world. It’s a dangerous time, but it’s also a huge opportunity for us.’’

Obama also said that the United States should not be “afraid” of change in the Middle East. Well, that depends on the kind of change, doesn’t it? I wouldn’t be afraid if Iran, Syria, and the Gaza Strip had revolutionary upheavals that installed moderate democratic governments, for example.

But let me remind you once again, my theme from the first day of the Egyptian revolution has been that I’m worried because others aren’t worried. The more they show that they don’t understand the dangers, the greater the dangers become.

President Harry Truman didn’t say that Americans shouldn’t be afraid of change in Eastern Europe when the Soviets gained power over the governments there or China became Communist.

These (Democratic) presidents recognized the danger and worked to counteract it as best they could under the circumstances.

In contrast, while giving lip service to the idea that it’s a “dangerous time,” Obama never points to what the dangers are because, frankly, he has no idea. All the points he makes about these changes are positive, cheerleading.

Yet if he’s right on what basis does the United States not want some regimes–Saudi Arabia, Jordan, Morocco, the Palestinian Authority–to be overthrown? Why does he not make a differentiation between America’s enemies and America’s friends?

To show who is really being naive, he added:

All the forces “should be” aligned with the United States and Israel! Well, maybe they “should be” but they aren’t. In fact, it is the exact opposite: all the forces that we see building in Egypt are forces that in fact are not aligned with the United States and Israel. Here we see the arrogance of someone who tells people in other countries what they should think instead of analyzing what they do think.

Of course, what happens–and we see this quite vividly–is that the intellligence agencies and media rewrite reality to say that these people are moderate because that’s what the president expects.

Here are some historical parallels to Obama’s statements (I made them up):

1932: Germany should be aligned with the Western democracies and the United States because that is the way it will achieve prosperity and stability in Europe, two things that Germany desperately needs. Only 14 years ago, Germany lost a long, bloody war. Surely, the Germans have no desire to fight again and repeat their mistake of trying to conquer Europe!

1945: The Soviet Union should be aligned with the Western democracies and the United States because we have just been allies in a great war. Moscow must understand that the United States has no desire to injure it, wants to live in peace, and respects Soviet interests. Surely, Stalin will put the emphasis on rebuilding his country and not on expansionism abroad!

1979: The new Islamist regime in Iran should be aligned with the West and the United States because they accept the revolution there, want good relations, and are the customers for Iran’s oil exports.

1989: Saddam Hussein and his Iraqi regime should be aligned with the West and the United States because they backed him in his recent war with Iran and he fears the spread of revolutionary Islamism. Saddam will cause no trouble and will put the priority on rebuilding his country after a bloody eight-year-long war with Iran and providing better lives for his people.

1993: Yasir Arafat and the Palestinians should be aligned with the United States and eager to make a comprehensive peace with Israel since that is the only way they can get a state.  Now that they are going to have elections and be responsible for administering the West Bank and Gaza Strip certainly the PLO will cease to be revolutionary or terrorist.

And so when Obama says:

“I’m actually confident that 10 years from now we’re going to be able to look back and say that this was the dawning of an entirely new and better era. One in which people are striving not to be against something but to be for something.”

Remember those words. He has absolutely no understanding of the Arabic-speaking world, the Muslim-majority world, or the Middle East whatsoever. How are these new regimes going to stay in power, smite their rivals, and make up for not delivering the material goods to their people? What is the world view of these forces? How do they perceive America, the West, and Israel? These are the questions that should be asked, and answered, in order to understand what the world will look like in a decade.

Barry Rubin is Director of the Global Research in International Affairs (GLORIA) Center and editor of the Middle East Review of International Affairs (MERIA) Journal. His books include Islamic Fundamentalists in Egyptian Politics and The Muslim Brotherhood (Palgrave-Macmillan); and The Long War for Freedom: The Arab Struggle for Democracy in the Middle East, a study of Arab reform movements (Wiley). GLORIA Center site: http://www.gloria-center.org His blog, Rubin Reports, http://www.rubinreports.blogspot.com