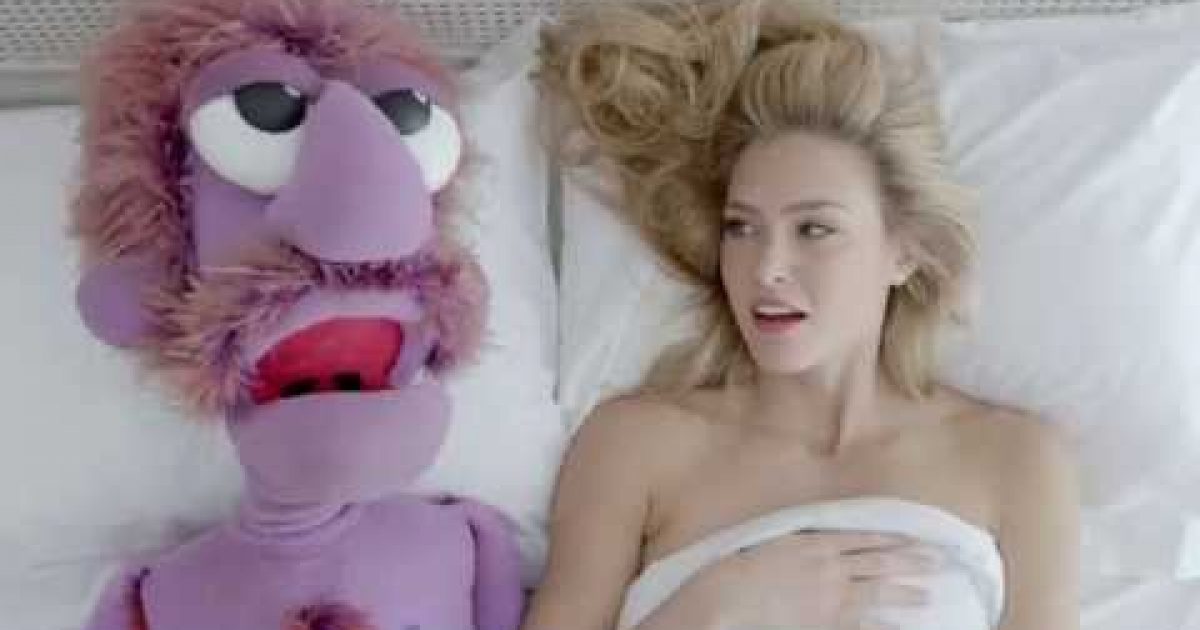 The commercial features the 28-year-old former Sports Illustrated Swimsuit Edition cover girl as the object of puppet Red Orbach’s sexual fantasies. The character of Red Orbach emerged locally from an all-puppet classic rock group called Red Band and his stereotypical persona is that of an aging 1960s American rocker. Throughout the commercial, multiple Refaelis are shown washing a car in a suggestive manner and playing strip poker with the purple puppet.

Personally I believe it’s tame by US standards, but watch the video below and decide for yourself.