Steve Bannon Walks Back Comments To Trump-Trashing Author: Not An Apology 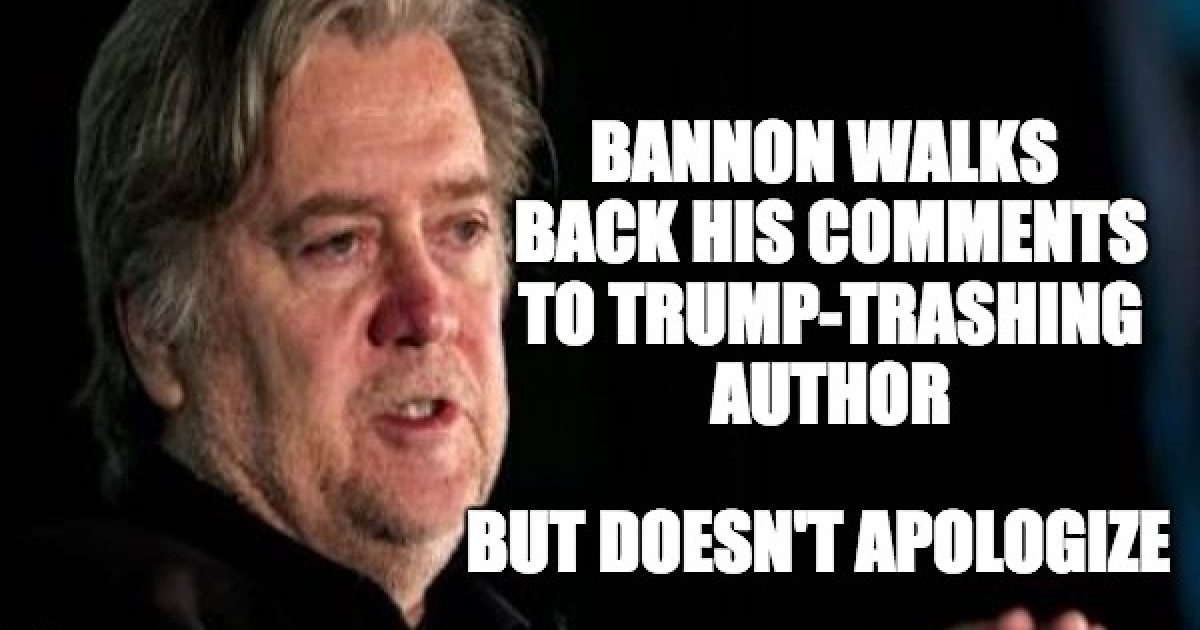 What’s being called an apology Steve Bannon walked back many of his statements made to Trump-trashing author Michael Wolff. Bannon did not, however, apologize for trashing President Trump and Trump Jr. to Wolff. Bannon says he regrets waiting so long before making the statements and says Wolff does inaccurate reporting but nowhere does he say they were taken out of context, he was misquoted, or he was offering an apology to the president and his family.

In a statement to  Axios, Bannon said:

Since Bannon’s comments in the book, he has faced harsh criticism from President Trump’s supporters, his political movement has lost the support of his main funder, the Mercer family whose cash also helps Breitbart.com stay alive. There have also been rumors that Bannon would be forced out of Breitbart which he ran before and after his stint at the White House.

There are reports Bannon was going to issue an apology on Wednesday but stopped the apology when President Trump issued a press release attacking him as losing his mind.

A question raised by Steve Bannon’s statement is why didn’t he apologize? Is he too stubborn to say he’s sorry, or did he make the non-apology statement to save his job and regain the support of the Mercers and the Trump supporters?

Will the words above put Steve Bannon back in the good graces of President Trump?  Probably not but it may temper the President’s attacks on his former adviser which feature Trump’s new nickname for Steve Bannon “Sloppy Steve.”