Democrats’ Bill Would Ban Trump’s Name From Federal Projects, Not Allow Him To Be Buried In Arlington

Trump May Be Gone From Washington, But He Is Living Inside The Democrats' Heads 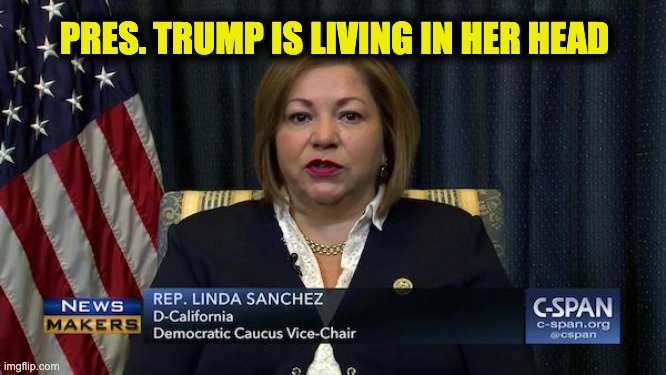 President Trump is no longer the President. He’s not even on Twitter anymore. He’s off to Mar-a-Lago, golfing, and snubbing Nikki Haley when she asked to meet with him. But that hasn’t stopped the Democrats from attempting further purges.

Democrats in the House of Representatives have introduced legislation that would prevent former President Donald Trump from having his name displayed on federal projects, buildings, statues, lands, or other type of commemoration.

According to the bill’s text, which was provided late last month, the legislation would “prohibit the use of Federal funds for the commemoration of certain former Presidents.” While Trump is not mentioned by name in the proposed legislation, he is the only president to have been impeached twice by the House.

The bill, dubbed the “No Glory for Hate Act,” was introduced by California Democrat Rep. Linda Sanchez and has 13 cosponsors, all of whom are Democrats.

Better names the bill would be the “Trump is Living in Our Heads,” bill or the “You Can’t Fix Liberal Stupid,” bill.

While it doesn’t mention Trump, the text of the bill, H.R. 484, is about as subtle as a jackhammer. Rep. Mary Miller (R-Il) was not pleased:

Seems as though no matter where he is buried he will be living forever in your minds! Nothing says "unity" like a bill targeting one person. https://t.co/RlUZc3sZ6d

The bill specifically prevents federal funds from being used to “create or display any symbol, monument, or statue commemorating any former President that has been twice impeached by the House of Representatives,” including “any highway, park, subway, Federal building, military installation, street, or other Federal property.”

The bill also prevents Trump from being buried at Arlington National Cemetery.

Dems just introduced a bill to ban presidents "twice impeached by the House" from having their name on anything that gets federal funding and burial at Arlington.

THIS is their priority right now?

Not students.
Not workers.
Not small businesses.

For four years the Democrats obstructed what Trump tried to do, and invented reasons to toss him out of office. Getting Trump out of the White House was their number one priority.  But now that he’s gone they can’t let go! The Democrats just can’t shake the horrible disease known as Trump Derangement Syndrome.