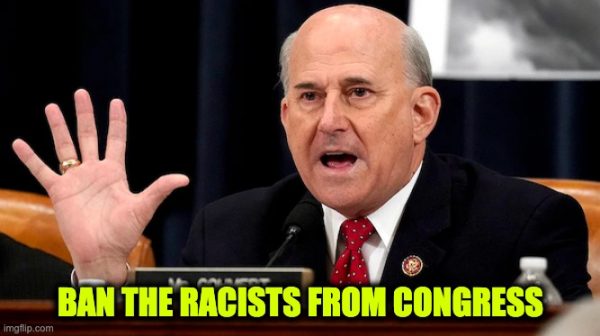 In the Capitol, each state provides one statue of a famous person from their past which is placed in Statuary Hall. On Wednesday, the Democratic Party-led House voted to remove any Confederate statues from that may have been provided to Capitol building by states. Did the Democrats just now notice the statues of the Confederacy? Have they been in a coma? All of a sudden they found self-righteousness over what “those people” represented. Congressman Louis Gohmert (R-Tx) caught the spirit of the Wednesday vote and on the very next day introduced a resolution to ban an organization with a history of hate from the Capitol building—the Democratic Party. Gohmert would ban the Democrat Party because of its historic support of slavery and racism.ban racist Democratic Party

“A great portion of the history of the Democratic Party is filled with racism and hatred. Since people are demanding we rid ourselves of the entities, symbols, and reminders of the repugnant aspects of our past, then the time has come for Democrats to acknowledge their party’s loathsome and bigoted past, and consider changing their party name to something that isn’t so blatantly and offensively tied to slavery, Jim Crow, discrimination, and the Ku Klux Klan,” he said in a statement.

“As the country watches violent leftists burn our cities, tear down our statues and call upon every school, military base and city street to be renamed, it is important to note that past atrocities these radicals claim to be so violently offensive were largely committed by members in good standing of the Democratic Party. Whether it be supporting the most vile forms of racism or actively working against Civil Rights legislation, Democrats in this country perpetuated these abhorrent forms of discrimination and violence practically since their party’s inception. To avoid triggering innocent bystanders by the racist past of the Democratic Party, I would suggest they change their name. That is the standard to which they are holding everyone else, so the name change needs to occur,” he added. 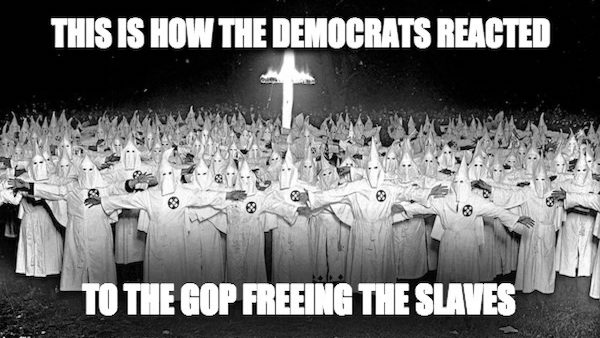 Here’s a video of Gohmert’s statement: