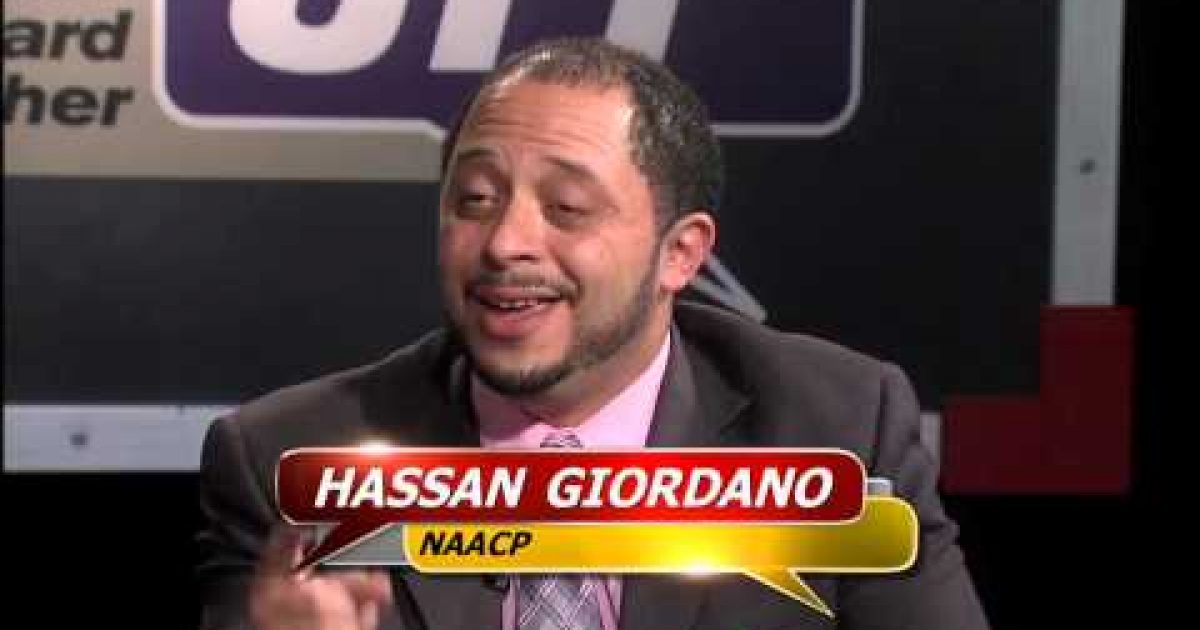 Baltimore Mayor Stephanie Rawlings-Blake who told the police force to stand-down and become human-targets during the recent riots, and who was surprised when crime rose since that order is not very interested in unifying her city. Along with other Democratic Party leaders she told Hassan Giordano, a leader of a Baltimore branch of NAACP (he’s a member of the executive Committee) that he was not allowed to bring Republicans into his office to try to outreach to the local African-American community.

Mr. Giordano told The Daily Caller that he calls himself “not the average conservative” because of he is of Muslim faith, grew up in “the hood” and has criminal record.

“So you would think, ‘Oh, he’s definitely a typical Democrat.’ But I’ve never identified with the Democratic Party. Ever.”

Actually he is not a member of either party, but thinks that the NAACP should work with both parties saying that blind allegiance to the Democratic Party hinders true civil rights progress.

“The NAACP — on a national level, not necessarily a local level — has this liberal machine they bow down to that does nothing to help them in the long run,”

Which is why he welcomed Republicans’ attempt to reach out to the black community, it gives them leverage to play one of the other.

“When National found out that I was bringing the governor [Larry Hogan, a Republican], the lieutenant governor [Boyd Rutherford, a Republican], and Dr. [Alveda] King to Baltimore and the Sandtown NAACP office, they literally called and said, ‘There’s no way in the world they can come into our office,’” Giordano explained. “Then the Mayor [Democrat, Stephanie Rawlings-Blake] — who kind of gave the us the NAACP office in Sandtown — called and said, ‘No, you’re not allowed.’”

“And then, the president [of the Baltimore NAACP branch, Tessa Hill-Aston] called me,” he continued. “And she said, ‘You know they’re having a fit because you’re bringing in too many Republicans.'”

Mr. Giorgano told the website the organization bows down to a “liberal machine” at the national level instead of looking for areas of agreement between different ideologies.

“[This] is what I hate about NAACP national: It’s more media-driven than being productive to help people,” Mr. Giordano said, The Daily Caller reported. “I’ve always stayed away from it because of that. And even being a part of it now kind of turns my stomach at times.”

Giordano contends that there are more conservatives than liberals trying to help out the Baltimore African-American community, and the Republican Party has been trying to help and get involved. But their offers of help are almost always being denied because the NAACP wants to protect its liberal public image.

“Through all of [the aftermath of Freddie Gray], our biggest benefactors and the most volunteers who signed up to help us do stuff for the [Sandtown] community were white Republicans,” Giordano recalled telling Hill-Aston. “So if you want to go and sell out to them and say we’re not gonna allow [Republicans] to come through, then fine. You’ll appease National.”

Sadly the proverbial straw has broken the camels back, after three years on the Baltimore NAACP’s  executive board and endless frustrations with the national organization, Giordano has submitted his letter of resignation to pursue his civil rights activism in the political sphere. I for one wish him well.

In the video from May 2015 below, Mr. Giordano praises the GOP’s aid during the Freddie Gray rioting.