Here is something you wont read about in tomorrows NY Times (unless they think it is a state secret) Iraqi citizens living in Baghdad have risen up against the forces of al-Qaida. In fact they have asked our US heroes stationed in Iraq to help them fight the terrorists. Apparently the final straw was when the al-Qaida forces wouldn’t let students attend their final exams. 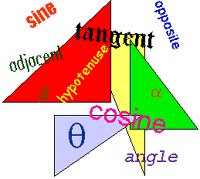 Sheesh! Times have sure changed. Thirty-three years ago when I was a junior in high school, some boys from the Solomon Schechter high school in Queens stole a few of the NY State Regents exams (State-wide final exams). When the theft was discovered the exams we canceled and everyone who was passing the course automatically passed the exam. I didn’t rise up against them. Heck they were my heroes. If it wasn’t for the guys from Queens, I would probably still be taking High School Trigonometry.

Iraq Residents Rise Up Against al-Qaida
May 31 12:21 PM US/Eastern
By SINAN SALAHEDDIN

BAGHDAD (AP) – A battle raged in west Baghdad on Thursday after residents rose up against al-Qaida and called for U.S. military help to end random gunfire that forced people to huddle indoors and threats that kept students from final exams, a member of the district council said.

Elsewhere, a suicide bomber hit a police recruiting center in Fallujah, killing as many as 25 people, police said. The U.S. military said only one policeman was killed and eight were wounded.

The American military also reported the deaths of three more soldiers, two killed Wednesday in a roadside bombing in Baghdad and one who died of wounds from a roadside bomb attack northwest of the capital Tuesday. At least 122 American forces have died in May, the third- deadliest month of the Iraq conflict.

U.S. forces backed by helicopter gunships clashed with suspected al- Qaida gunmen in western Baghdad’s primarily Sunni Muslim Amariyah neighborhood in an engagement that lasted several hours, said the district councilman, who would not allow use of his name for fear of al-Qaida retribution.

Casualty figures were not immediately available and there was not immediate word from the U.S. military on the engagement.

But the councilman said the al-Qaida leader in the Amariyah district, known as Haji Hameed, was killed and 45 other fighters were detained.

Members of al-Qaida, who consider the district part of their so-called Islamic State of Iraq, were preventing students from attending final exams, shooting randomly and forcing residents to stay in their homes, the councilman said.

U.S. forces also continued a search for five Britons who were kidnapped Tuesday in Baghdad, as well as for two of its soldiers who have been missing since a May 12 ambush south of the capital.

The Fallujah suicide bomber killed at least 10 policemen in the attack, which occurred about 11 a.m., according to a police official in the city who spoke on condition of anonymity because he was not authorized to release the information. The rest of the dead were civilians, many of them in line seeking jobs as policemen. He said as many as 50 were wounded.

Fallujah General Hospital had received 15 bodies and 10 wounded, according to a doctor there, who would not allow the use of his name because he feared retribution. The physician said he believed other casualties were taken to the nearby Jordanian Hospital and private clinics.

A member of the Fallujah city council, who also asked for anonymity for fear of attack by insurgents, said there were at least 20 killed and 25 injured.

The coordination of information in Fallujah was particularly difficult because the mobile telephone system has been working only sporadically.

Maj. Jeff Pool of the Multi-National Force-West said the Anbar province governor’s office and the provincial police put the total number of dead at one Iraqi policeman, with six police and two civilians wounded in Fallujah, 40 miles west of Baghdad.

Police said the bomber detonated explosives in his vest at the third of four checkpoints, standing among recruits who were lining up to apply for jobs on the force. The center had only opened Saturday in a primary school in eastern Fallujah.

The U.S. military and Iraqi army and police were running the center along with members of Anbar Salvation Council, a loose grouping of Sunni tribes that have banded together to fight al-Qaida.

Police stations and recruiting posts have been a favorite target of Sunni insurgents and al-Qaida throughout the war.

U.S. forces, meanwhile, pressed on with the search for five kidnapped Britons, and a procession of mourners, some of them women wailing and beating their chests, marched through Sadr City behind a small bus carrying the coffins of two people who police said were killed in a U.S. helicopter strike before dawn.

The U.S. military said it had no report of airstrikes in Sadr City and that there were no civilian casualties in the second day of a search for the Britons, who were abducted Tuesday from a Finance Ministry data processing building in eastern Baghdad.

A U.S. military statement, however, said U.S. and Iraqi forces had arrested two “members of the secret cell terrorist network” in Sadr City. There was no mention of fatalities.

AP Television News videotape from Sadr City showed the coffins of the victims atop a small bus with men and women walking behind, crying. A young boy could be seen sitting next to the coffins.

A car in the area was punctured with big holes, as if hit by an airstrike.

A police officer in Sadr City, who refused to allow use of his name because he feared retribution, said the helicopter hit a house and car at 4:30 a.m., killing two elderly people sleeping on the roof of their home—a common practice in Iraq’s extreme heat through late spring and summer.

The officer said a 13-year-old boy was wounded.

Also in Sadr City raids, which the U.S. has been conducting with a select unit of Iraqi army forces, Shiite cleric Abdul-Zahra al-Suwaidi claimed his home was raided and ransacked by American forces at 3 a.m. Thursday. The military said it had no report of the incident.

Al-Suwaidi, who runs the Sadr City political office of radical cleric Muqtada al-Sadr, said he was sleeping elsewhere at the time of the raid, expecting that he would be targeted. He said his home was badly damaged and a small amount of money was taken.

Dozens of U.S. Humvees and Bradley fighting vehicles had taken up positions around Sadr City at nightfall Wednesday.

In Washington, Brig. Gen. Perry Wiggins, deputy director of operations for the Joint Chiefs of Staff, said the military believed a helicopter that crashed Monday north of Baghdad was brought down by small-arms fire. The Islamic State of Iraq, an al-Qaida front group, claimed responsibility.

Wiggins also said that more than 100 patrols a day were being launched to search for two missing troops who vanished after a May 12 ambush near Mahmoudiya, south of Baghdad. Four Americans and one Iraqi soldier were killed in the attack and the body of another American was later found in the Euphrates River.

“Our determination and resolve to locate our missing soldiers is unwavering,” Wiggins said.

Leaked Email from Chicago Mayor Lightfoot to Her Staff Looks Like It Was Written by a Petulant Teenager
June 16th, 2021 Flag And Cross