Is It Bad Math Or Voter Fraud? 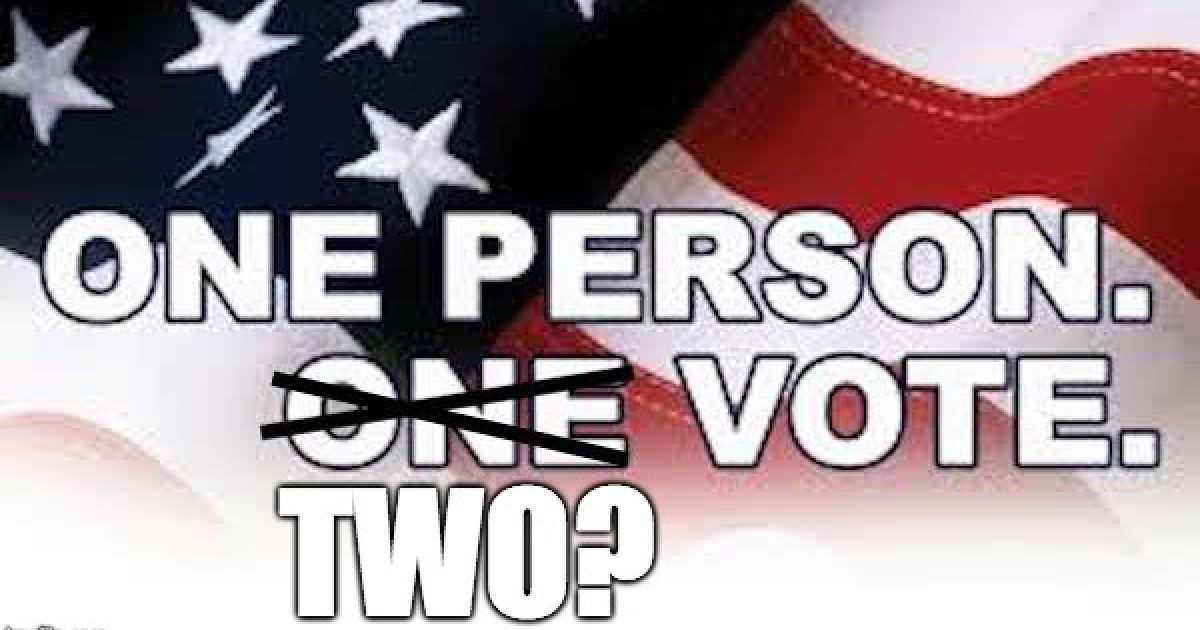 Before putting this post up, I consulted with my son who is a senior in college and a math major. He tells me that there is no way this story has anything to do with a math mistake, it has to be voter fraud. As his birthday is coming soon, (something I reminded him before he answered), and the fact that he leans a bit on the conservative side, I am confident of the accuracy of his response.

Remember how liberals keep insisting that there is no such thing as voter fraud? Well, tell that to the Georgia District that just had 670 votes in a district where there were only 270 registered voters.

According to reports, the Georgia Secretary of State’s office found the massive number of extra votes in the Mud Creek precinct in Habersham County this year.

As reported by McClatchy:

The discrepancy, included in a number of sworn statements and exhibits filed as part of a federal lawsuit against the state by election security activists, comes amid swelling public concern for the security of Georgia’s voting systems. Georgia is one of four states that uses voting machines statewide that produce no paper record for voters to verify, making them difficult to audit, experts say.

Habersham County is in the northern part of the state.

It was not reported whether the votes went for Republicans or Democrats, but it does show that something is rotten in Habersham County.

State officials are not prepared to say that the votes were cast by a malicious hack of their voting systems, but the Georgia Secretary of State’s office reported that there was a wide range of problems.

In one sworn statement, a voter explains that she and her husband, who were registered to vote at the same address, were assigned different polling places and different city council districts. In another, a voting machine froze on Election Day.

In several instances, voters showed up at their polling places as listed on the secretary of state’s website, only to be told they were supposed to vote elsewhere.

But since Atlanta is getting ready for DragonCon this coming weekend, perhaps they were too busy to run the election correctly.

Some issues, like the freezing machines, could be chalked up to the the age of the polling infrastructure, said Harri Hursti, a computer programmer who studies election cybersecurity.

But others, like the incorrect ballots, could have been caused by anything from a clerical error to a malicious manipulation of voter data, said Hursti, who is also the organizer for the Voting Village at hacking conference DEF CON, where participants demonstrate hacking into some state voting machines.

Whatever the problem, the report highlights the fact that there are significant problems with our voting systems all across the nation, the Democratic Party claims of the absence of voter fraud are nonsense, and if my son really wants a birthday present he better be right.