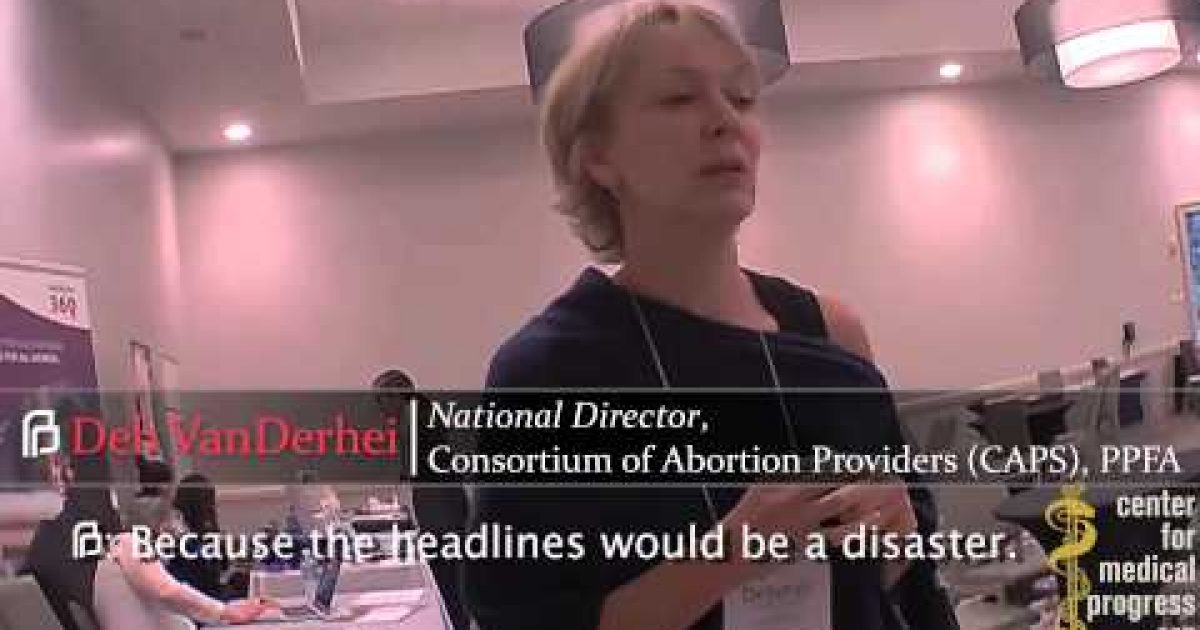 “We’ve just been working with people who want particular tissues, like, you know, they want cardiac, or they want eyes, or they want neural,” says Dr. Westhoff to a prospective fetal organ buyer. “Certainly, everything we provide–oh, gonads! Oh my God, gonads. Everything we provide is fresh.” Westhoff continues, “Obviously, we would have the potential for a huge P.R. issue in doing this,” before offering to introduce the buyers to “national office abortion people” from Planned Parenthood.

Deborah VanDerhei is the National Director for CAPS, an influential committee within Planned Parenthood that drives abortion policy across the organization. VanDerhei refers to payments for fetal tissue as “donation for remuneration,” which carries the connotation of financial reward or benefit without regard for actual expenses. VanDerhei explains, “I have been talking to the executive director of the National Abortion Federation, we’re trying to figure this out as an industry, about how we’re going to manage remuneration, because the headlines would be a disaster.”

“Is this really worth getting–I don’t even know what in general, what a specimen generally brings in?” VanDerhei later asks a prospective buyer. When she is told $100 per specimen, she remarks, “But we have independent colleagues who generate a fair amount of income doing this.” VanDerhei suggests that Planned Parenthood goes to great lengths to avoid leaving a paper trail about their fetal tissue activity: “It’s an issue that you might imagine we’re not really that comfortable talking about on email.”

In a conversation recorded between VanDerhei and Vanessa Russo, Compliance Program Administrator for Planned Parenthood Keystone in Pennsylvania, Russo argues, “A company like this that wants to give our organization money for the tissue–I think that that’s a valid exchange, and that that’s okay.” VanDerhei nods her head up and down and affirms, “Mhm.”

Vanessa Cullins, the Vice President of External Medical Affairs, seems fully aware of the criminal exposure that fetal body parts sales present to Planned Parenthood: “This is important. This could destroy your organization and us, if we don’t time those conversations correctly,” she tells a prospective buyer.