The Democrats’ Attack On Free Speech 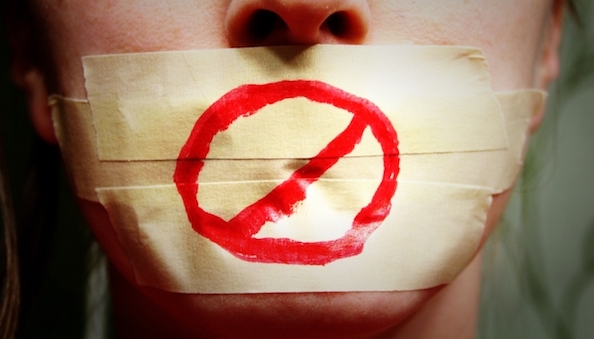 Generally, when Democrats disagree, they call people names instead of debating policy. This robs us of the opportunity to debate and come up with a reasonable conclusion. And perhaps we can even learn from each other. That is what American politics is supposed to be.

In recent years the venom from the Democrats has gotten worse. Their insults have gotten more vitriolic; they use less logic and push the idea that all Republicans, Conservatives, and/or Trump supporters are haters who think alike.

Families are facing inflation at record levels. Many economists predict a major food crisis coming in 2023. Agricultural production will cause food shortages as production will be way below expectations all over the planet in 2022, and there will be far less food to go around in 2023. The shortages will create higher inflation on food products. Instead of anticipating or fixing the problems, the Democrats are slandering their opponents, hoping they will back down into submission.

The reckless actions of the one trick donkey [Democrats] show may sway the midterms to their favor- unless people get off their butts and create a landslide for Republicans in spite of it.

Congressman Jim Jordan (R-OH)told Fox and Friends on Tuesday that the one trick donkey show has nothing else to talk about except to call Republicans “extremists.”

We went from safe streets to record crime. We went from a secure border to no border. We went from $2 gas to $5 gas, and we went from stable prices to record inflation. So call me extreme if I want actually stable prices, affordable energy. If I want to actually have a secure border, call us extreme. I guess that’s what you’re going to do when you got nothing else to talk about. But think about this, in the past four weeks, Joe Biden has raided the home of a former president, taken the phone of a sitting member of Congress, called one half of the country fascist and extremist, said to those same people,  we’re going to make you pay the student loan debt of someone else.’ And finally, he signed a bill to unleash 87,000 IRS agents to come harass you, the American taxpayer. Such a deal. So I guess he’s going to call us names after doing those kind of extreme things. He can do that, but I don’t think it sells.

On Sept 1, President Biden went to Independence Hall in Philidelphia, the birthplace of the  American republic. Where two and a half centuries ago, freedom was established as the backbone of this great republic. A place where rights were described as being endowed by our Creator, not by a government ruled by man. One of those endowed rights was the right to free speech.

On Sept 1, President Biden gave a speech inside Independence Hall, where the American Republic was birthed. But the American leader paid no respect to the Hall’s legacy of freedom. He ignored the wisdom of those men who put liberty above government and dedicated their lives and fortunes to create the freest nation in the history of mankind. When Biden spoke at the birthplace of our freedoms, we heard words of demagoguery instead of words of freedom. Those sacred walls were defiled by a leader who waved the banner of freedom while denying freedom of speech to those who opposed his administration’s policies by slurring their views, motivations, and patriotism.

When we go to the polls in November, we are not only voting for specific policies, we are voting for the right to object to the policies we disagree with.