Attack On Paris Synagogue With Screams of ‘Death To The Jews!’ 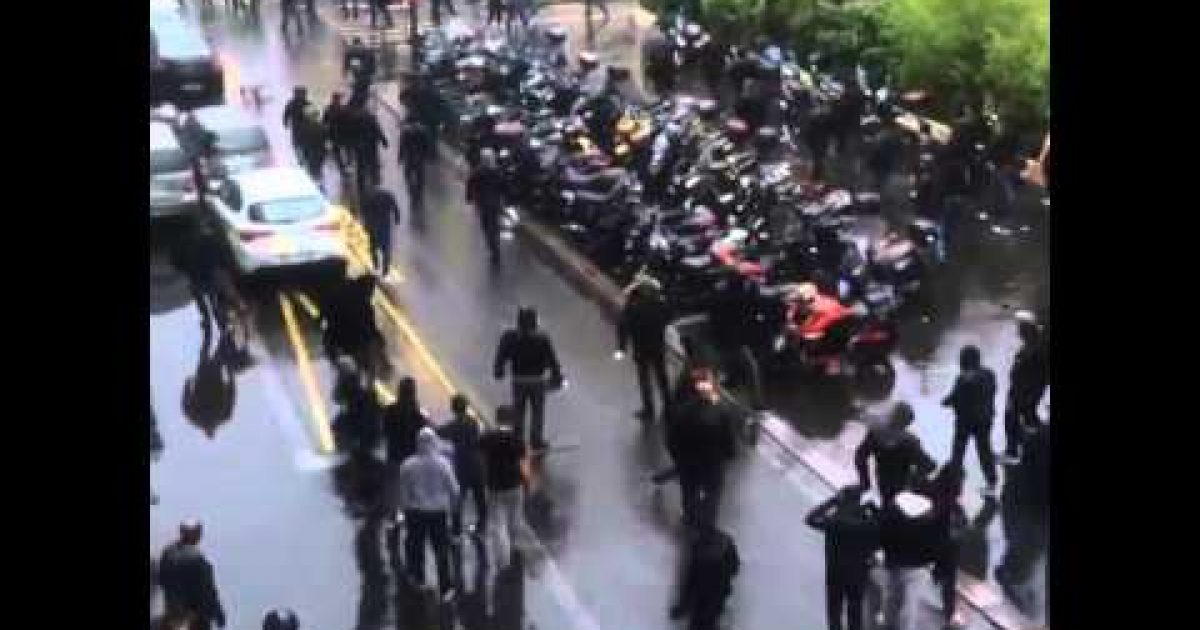 French news service AFP reported the Muslim rioters surrounded the Synagogue and threw rocks into the house of worship. Large scale police forces were called to extricate the Jews.

Jewish news website JTA spoke to an eyewitness Alain Azria ​a French Jewish journalist who reported “The attackers splintered off an anti-Israel demonstration and advanced toward the synagogue when it was full,”

Azria said that when the men arrived at the synagogue, located at the 11th Arrodissement near Dare de Lyon, there were only five police officers guarding the place. The police blocked the entrance to the synagogue while close to 200 congregants were inside and as the protesters chanted anti-Semitic slogans and hurled objects at the synagogue and its guards, Azria said.

“They were determined to enter and the police did not have enough forces,” he said.

According to Azria, the mob was kept away by men from the SPCJ Jewish security unit, the Jewish Defense League and Beitar, who engaged the attackers in what turned into a street brawl.

“Thank God they were there because the protesters had murder on their minds and it took a while before police reinforcements arrived,” Azria added.

A short video of the incident (embedded above) was posted on the Instagram account of Jean-Baptiste Soufron who said, “Synagogue besieged in Paris and CRS overwhelmed and clueless” [CRS is the French national police force].

On Friday evening the synagogue of Aulnay-sous-Bois in the suburbs of Paris was the target of a Molotov cocktail which damaged the front door but thankfully no one was hurt.

Prime Minister Manuel Valls said two Paris synagogues had been targeted by unspecified violence that he called “inadmissible.” In a statement, he said, “France will never tolerate using violent words or acts to import the Israeli-Palestinian conflict on our soil.”

A police spokeswoman said the Don Isaac Abravanel synagogue in eastern Paris was targeted during a service, and worshippers were blocked inside while police pushed protesters back. The spokeswoman said all those inside left safely by Sunday evening.

Aline Le Bail-Kremer watched the incident unfold from her window across the street. She said protesters came from two directions and converged on the synagogue, grabbing chairs from sidewalk cafes and wielding bats as they tried to push past security guards.

Some 150 people were inside for a ceremony honoring three Israeli teens recently killed, said Le Bail-Kremer, a representative of anti-racism group SOS Racisme.

This weekend’s attacks are the latest examples of the growing anti-Semitism in France.

The “Vaccine” Magnetic Phenomenon Was Warned About By This Doctor In 1995 – You Won’t Believe What He Said It Would Do (Video)
June 20th, 2021 Sons of Liberty Media