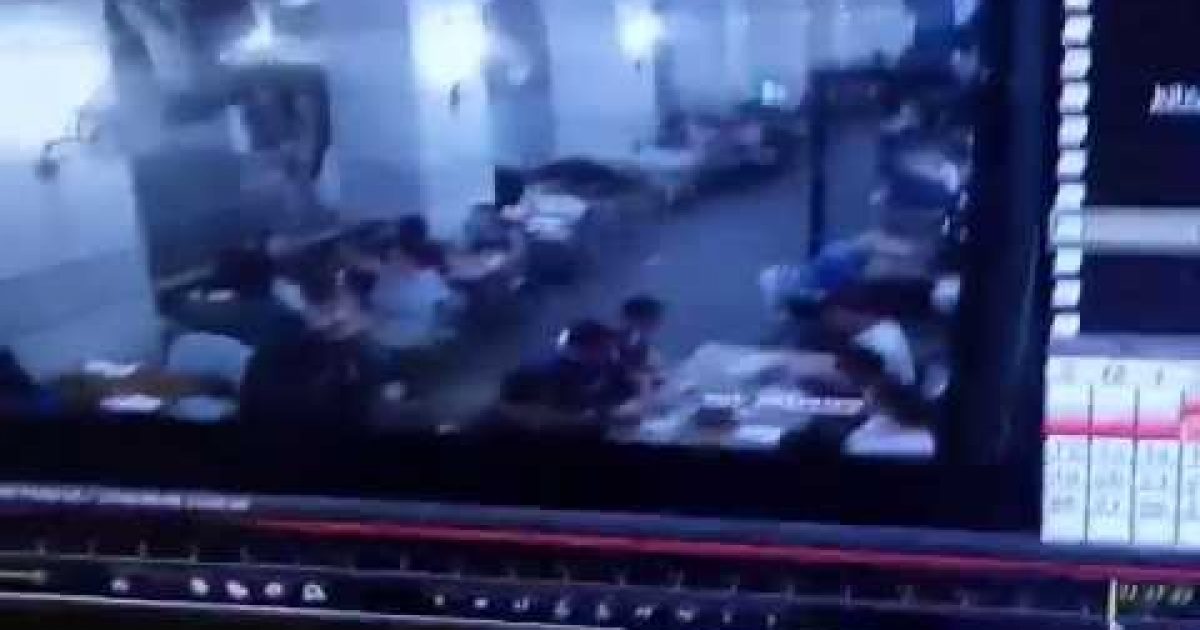 At least four people were killed and six wounded in a central Tel Aviv terror attack Wednesday evening as two Arabs walked into the Sarona Market and went on a shooting spree. The terrorists were identified by Israeli authorities as 21-year-old cousins from Yatta, which is south of the city of Hebron  One gunman was wounded and taken to the hospital; the other was arrested.

The shooting occurred at the popular Max Brenner restaurant (its more of a dessert cafe) at the Market which is famous for its chocolate desserts:

Another guest named Tomer, was at Sarona to enjoy what was what a was described as a beautiful evening, was “sitting outside and a round of bullets (were fired). Everyone started running. This is not like a normal terror attack. The shots were fired for at least a minute. There was a large panic, and we were asked to go inside the building. They held and kept us (there), and then they came to check that we were okay. We are waiting for them to open the roads so that we can leave. We have not seen such a thing in a long time.”

Information is still sketchy but this attack is unusual for a few reasons. First of all most of the recent terrorist attacks has been lone wolf-type one person with a knife type attacks. Wednesday’s attack seemed to have more of an element of planning, wearing clothes that made them look like either businessmen or orthodox Jews (they have been described both ways) , they picked a soft-type target (relatively unprotected), and the timing at the popular Max Brenner restaurant in the evening at 9:30 Tel Aviv time, perfect for this type of eatery to be filled with diners.

While no group has taken credit for the carnage as of yet, however Hamas has praised the attack without claiming credit. The fact that the two terrorists are from Hebron (a Hamas stronghold) may be an indication that Hamas is trying to lure Israel into a new conflict. Hebron is the home of the Cave of the Patriarchs, which according to the book of Genesis was purchased by the patriarch Abraham about 4,000 years ago as a burial place for his wife Sarah, and is where the bible says Abraham, Sarah, Isaac, Rebecca, Jacob and Leah are buried.

Fireworks were also launched in the Gaza Strip, according to Hamas-affiliated media. The Gaza-based Shehab News Agency reported that Palestinians in the Strip handed out sweets after receiving news of the attack.

“Glory and salutations to the Hebronites,” tweeted Hamas leader Ismail Haniyeh from Gaza, ending his praises with a victory sign. In a second tweet, he called one of the shooters a “hero.”

The Sarona market is not like a U.S. a supermarket, it’s more like the South Street Seaport in NY a small outdoor mall of restaurants, fresh food stands, other small shops (see the map below-the red arrow points to Max Brenner). The Market hosts 91 shops varieties.

Sarona  is directly across from Ha-Kirya (Hebrew for “the campus). This office complex is the Israeli equivalent of the pentagon. Amongst the military facilities in the Kirya are the Israeli Air Force (IAF) Admin Headquarters, Israeli Navy headquarters and the IDF’s underground command centre. It also houses Israel’s Ministry of Defense building, as well as the PM’s office in Tel Aviv (his main office is in Israel’s capital Jerusalem).

As emergency forces were making their way to the scene, there was another report of a shooting incident at near the market place, and at one point there were reports of a third gunman, but that report was eventually dispelled.

Below are three videos, the first two are different closed circuit tv videos of the attack (from different angles) and the third shows Palestinian Arabs in Jerusalem cheering the death of the four innocents.