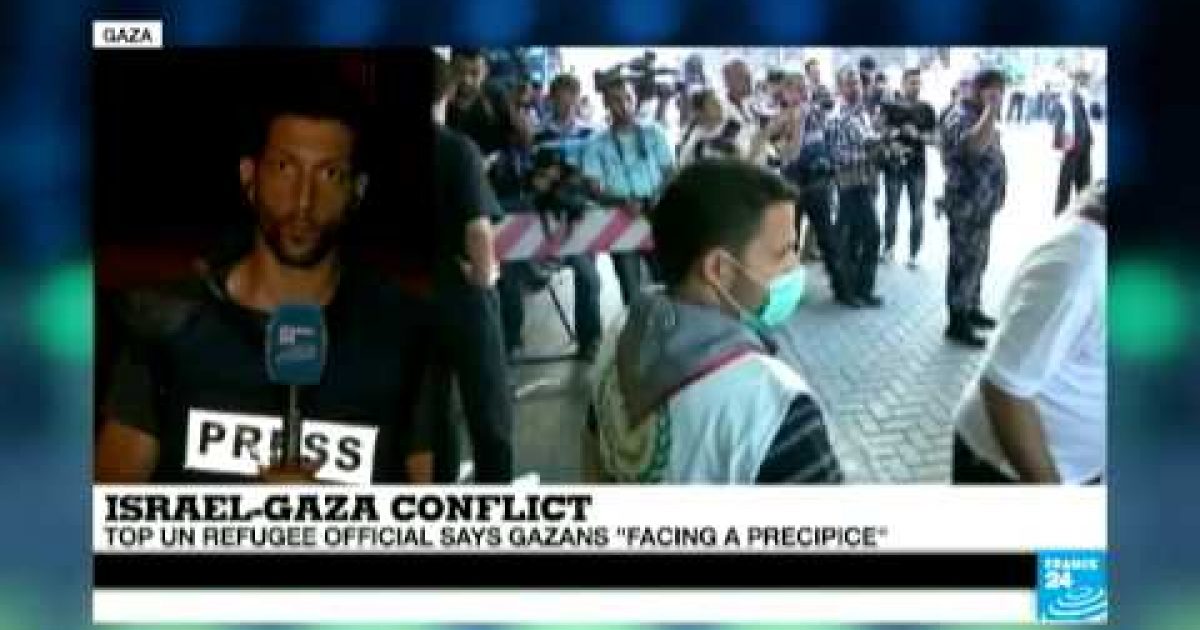 The title of an AP piece, “Evidence growing that Hamas used residential areas,” offered hope the Associated Press was acknowledging the truth, but it was a pretense. The title appeared to recognize that Hamas used civilian buildings to launch rocket attacks against Israel, but AP simply demolished any culpability on Hamas’ part. The piece began by suggesting that even if Hamas used civilian buildings, they had no choice:

Two weeks after the end of the Gaza war, there is growing evidence that Hamas militants used residential areas as cover for launching rockets at Israel, at least at times. Even Hamas now admits “mistakes” were made.

But Hamas says it had little choice in Gaza’s crowded urban landscape, took safeguards to keep people away from the fighting, and that a heavy-handed Israeli response is to blame for the deaths of hundreds of Palestinian civilians.

“Gaza, from Beit Hanoun in the north to Rafah in the south, is one uninterrupted urban chain that Israel has turned into a war zone,” said Ghazi Hamad, a senior Hamas official in Gaza.

The AP should have double-checked. Below is a Gaza satellite image from Google Maps. Everything above and to the right of the Gaza border is Israel. Within Gaza, the grayish colored areas are population centers. The areas in green are farmland, and the brown indicates undeveloped areas.  Much of Gaza is either farmland or undeveloped, providing more than enough space to avoid civilian areas.

The AP continued by stating what it believes is the issue, taking it straight from the mouths of the terrorists:

Increasingly, the discussion is not about whether the Hamas rockets were fired from civilian areas, but exactly how close they were to the actual buildings.

“The Israelis kept saying rockets were fired from schools or hospitals when in fact they were fired 200 or 300 meters (yards) away. Still, there were some mistakes made and they were quickly dealt with,” Hamad told The Associated Press, offering the first acknowledgment by a Hamas official that, in some cases, militants fired rockets from or near residential areas or civilian facilities.

According to Palestinian figures, nearly 2,200 Palestinians were killed — roughly three quarters of them civilians and including more than 500 children — and 11,000 were wounded. The war also left some 100,000 homeless. Seventy-two people were killed on the Israeli side, including six civilians.

The statistics quoted came from Hamas, they were not “Palestinian figures.” Palestinian President Abbas spoke to reporters in Egypt and said:

Hamas says the number of dead from their ranks didn’t go past 50, when in actuality over 850 Hamas members and their family members were killed.

Given that, Abbas’s figure, which didn’t include the number of killed terrorists from other groups such as Islamic Jihad, the ratio of civilian to terrorists was about 1:1, an almost unprecedented achievement in urban warfare and much better than the 3:1 ratio which Hamas claims and the AP accepted as fact.

The AP continued by mentioning three areas which Israel said held rocket launchers, claiming that AP visited those areas and saw no indication of rockets. That brought the argument back to the spokesman for the terrorists to shoot down the Israeli arguments: “Hamad, the Hamas official, argued that many of the buildings shown in Israeli videos were either a safe distance from the rocket launchers or that the buildings had been kept vacant during the fighting.” AP wrote:

During 50 days of fighting, many observers witnessed rocket launches from what appeared to be urban areas. One piece of video footage distributed by the AP, for instance, captured a launch in downtown Gaza City that took place in a lot next to a mosque and an office of the Hamas prime minister. Both buildings were badly damaged in subsequent Israeli airstrikes.

There was other evidence of Hamas having used civilian facilities: Early in the conflict, the U.N. agency that cares for Palestinian refugees announced that it discovered weapons stored in its schools as they stood empty during the summer.

“I don’t think there’s any doubt urban areas were used to launch rockets from in the Gaza Strip,” said Bill Van Esveld, a senior researcher at Human Rights Watch. “What needs to be determined is how close to a populated building or a civilian area were those rocket launches.”

If the Associated Press truly wanted to act like “real” reporters and explore how close Hamas rocket fire was to civilian areas they could have asked Reporters from independent sources such as:

Al-Wafa hospital has been hit in the last while; injuries reported — this is the hospital with human shields. #GazaUnderAttack
— Harry Fear (@harryfear) July 17, 2014

There are many more examples where those came from.
Not one of the news organizations used as examples above are beholden
to Israel; some of them are hostile to the Jewish State.  The fact their
reporters provided evidence of Hamas human shields, while the
Associated Press relied on spokesmen from Hamas and didn’t check any of
the Hamas claims, provides the best commentary on the quality of the
Associated Press reporting.
Facebook Twitter Flipboard