Asked About Emails, Hillary Does A “Walk-off” Arm Wave 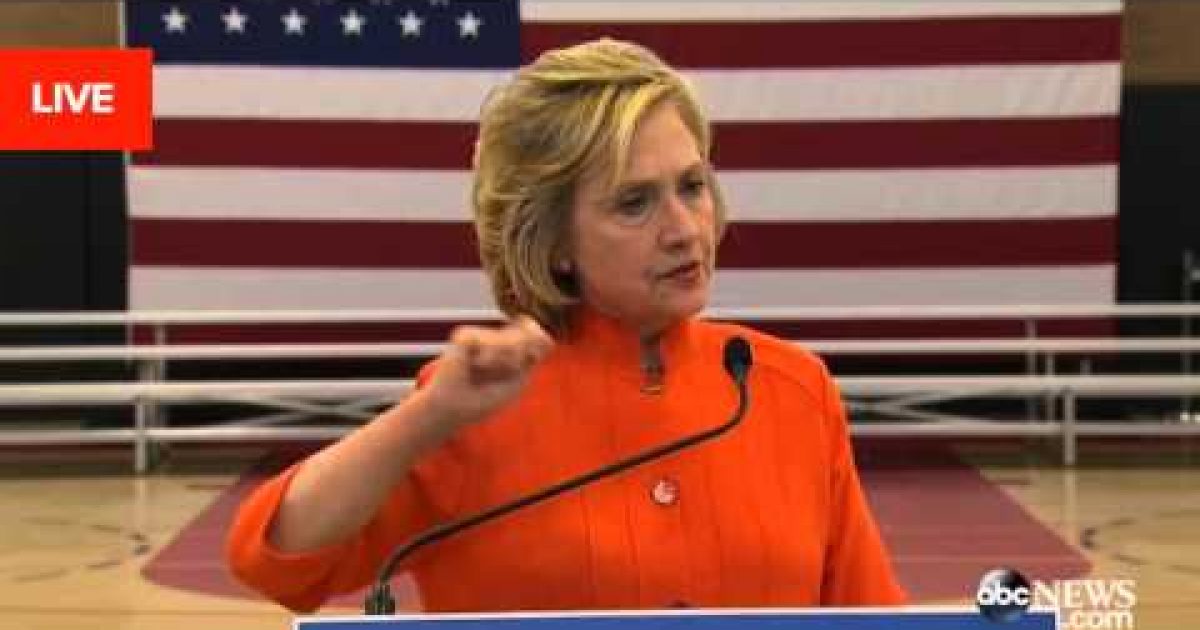 Democratic front-runner Hillary Clinton can’t help herself, every time the email scandal is raised she just grabs a shovel and keeps digging deeper and deeper.  She met with the press on Tuesday after an event in Las Vegas. When Fox News’ Ed Henry asked Clinton whether she wiped the server before turning it over to the FBI last week. She responded, “What, like with a cloth or something (see video below)?  Finally she walked away waving her arms and muttering under her breath that no one talks about the emails but the press.

Politico reports that there is a bit of a circular firing squad developing in the Clinton camp:

A key concern is whether top campaign operatives new to Clinton’s orbit have enough influence in crafting her response to the email controversy. A source with inside knowledge of the Clinton campaign voiced concern that the candidate and her longtime attorney David Kendall are the only ones calling the shots — and can have a tin ear when it comes to the politics, rather than simply the legal status, of the email saga.

“Some Democratic strategists said their advice would have been to ‘get it out there, get it done with, get it behind you,’ by turning over everything – emails, server, thumb drives – to the Justice Department months ago to move on. Instead, it was not until last week that Clinton agreed to turn over her server to DOJ.

“Others have made a comparison to the Whitewater scandal of the ’90s – in which [David] Kendall also represented Clinton – with Clinton again insisting she has done nothing illegal, but nonetheless letting the story and information she is in control of dribble out over the course of months. …

“A campaign aide [said] if there is any slow drip of news, the aide said, it’s only because of the endless review process of the inspectors general, as well as monthly email dumps by the State Department.”

Granted, most of her claims about her emails have been proven false, but lets suppose Clinton is telling the truth, all she had to do is turn everything over back in March when this all came out, the scandal would have been over before Independence Day.  But now whether she is guilty or not her refusal to turn over the server and thumb drive and all the holes in her story is like a tattoo on her forehead saying, “I’m Guilty.”