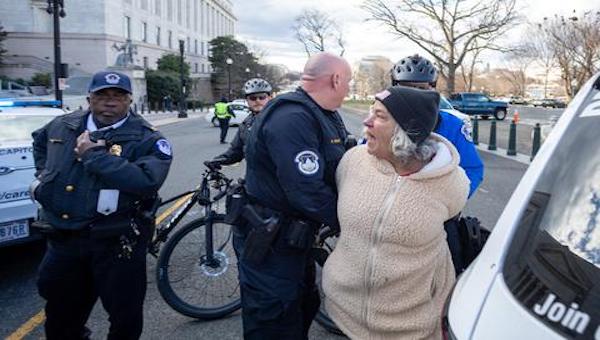 The city that painted BLM on their streets and cried about Trump ‘attacking’ protesters in LaFayette just arrested Ashli Babbitt’s mom.

There has been a concerted effort on the left to make sure everybody marches lockstep with a particular understanding of the events of Jan. 6, 2021.

That is why Ashli Babbitt — an unarmed veteran shot dead by armed law enforcement on that day — still has leftists dancing on her grave as though she were the Unibomber.

If the J6 Committee — or anyone else — cared a damn about learning the actual facts of the case, we would be asking questions about why a contingent of people — with Ray Epps among their leaders — left Trump’s speech to head to the Capitol that day. They would ask why Democrats fought so hard to block the thousands of National Guard troops Trump had offered in defense of the Capitol. They would ask what role a large number of smoke and tear gas fired deep into a peaceful crowd played in causing panic and disorder among the crowd that day.

But the fix was in from the very beginning.

Her mother, understandably, isn’t satisfied by that response and has chosen to exercise the right to petition her government over the issue.

As one might expect, she chose the location and anniversary of that death to raise her issue.

Video footage of the arrest🚨 pic.twitter.com/XI3BfSdx0V 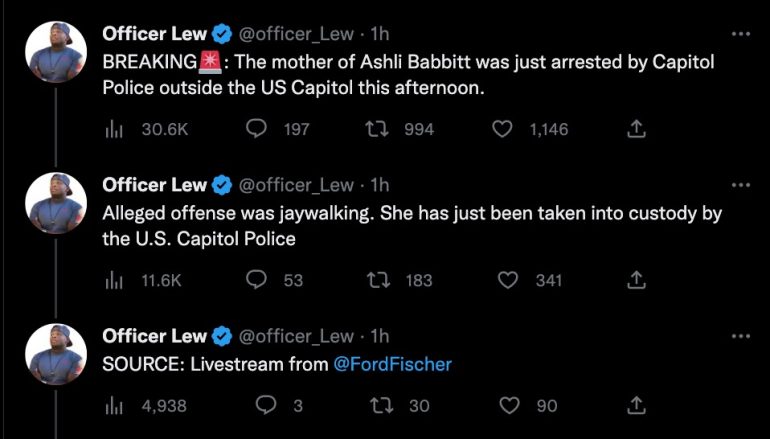 As readers will remember, Jaywalking was the fake charge that cops pretended to drop on the Squad for that photo-op after SCOTUS overturned abortion precedents.