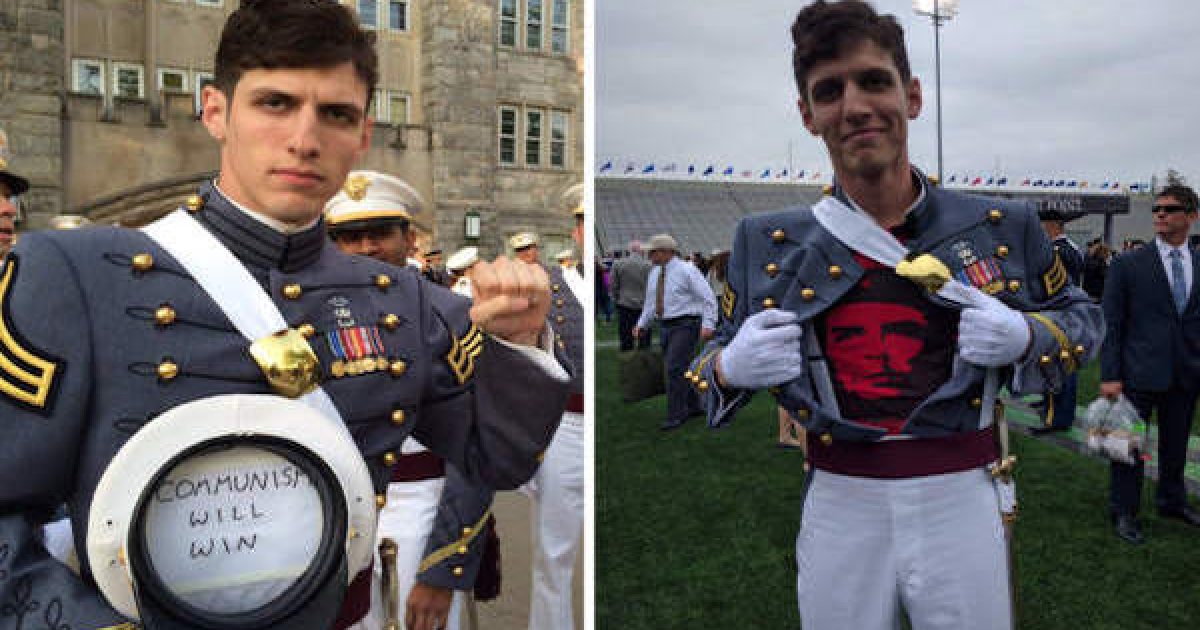 On Monday, LawNewz reported that Spenser Rapone, an infantry officer in the U.S. Army and a graduate of West Point, issued support for Colin Kaepernick with a message that says, “Communism will win.”:

Rapone posts under the handle @punkproletarian and is a member of the Democratic Socialists of America.

Under the hashtag #VeteransForKaepernick, he tweeted an image of himself raising the left clenched-fist of solidarity, support and resistance as well as the message, “Communism Will Win” taped inside of his West Point uniform cap. Also visible in the photograph is Rapone’s Combat Infantryman Badge–meaning he has fought in active ground combat.

Rapone followed up his initial post with retweeted images of other #VeteransForKaepernick in their combat uniforms.

A quick visit to Rapone’s Twitter feed reveals a Soviet hammer and sickle flag prominently displayed at the top of the page. He also describes himself on Twitter as a “Commie/space cowboy/straight edge insomniac.”  And his tweets over the past few days include the #VeteransForKaepernick hashtag.

LawNewz said it verified the legitimacy of the photograph with Rapone himself. He is currently in the field until Friday and unable to answer detailed questions, the post said.

One person observed that it’s a violation of the Uniform Code of Military Justice to make political statements while in uniform.

West Point cadets are under contract with the DoD. This is a punishable offense under the UCMJ. Making political statements while in unform.

According to Article 88 of the code:

Article 94 of the UCMJ adds:

a) Any person subject to this chapter who–
(1) with intent to usurp or override lawful military authority, refuses, in concert with any other person, to obey orders or otherwise do his duty or creates any violence or disturbance is guilty of mutiny;
(2) with intent to cause the overthrow or destruction of lawful civil authority, creates, in concert with any other person, revolt, violence, or disturbance against that authority is guilty of sedition;
(3) fails to do his utmost to prevent and suppress a mutiny or sedition being committed in his presence, or fails to take all reasonable means to inform his superior commissioned officer or commanding officer of a mutiny or sedition which he knows or has reason to believe is taking place, is guilty of a failure to suppress or report a mutiny or sedition.
(b) A person who is found guilty of attempted mutiny, mutiny, sedition, or failure to suppress or report a mutiny or sedition shall be punished by death or such other punishment as a court- martial may direct.

Yet, LawNewz notes that “the response to Rapone’s tweet has been mostly supportive” and that “the image is quickly approaching viral status.” It gets worse:

[Rapone] later sought to clear up any confusion by posting another image of himself. This time, sporting a Che Guevara t-shirt underneath his half-buttoned uniform, Rapone tweeted, “In case there was any lingering doubt, hasta la victoria siempre,” a popular slogan attributed to the late Marxist revolutionary, physician, and guerrilla leader who was ultimately killed and captured by the United States’ own CIA.

In case there was any lingering doubt, hasta la victoria siempre pic.twitter.com/0XrW38wcCk

For those of you unfamiliar with Che Guevara, this poor excuse for a West Point graduate is supporting a man who after the Cuban revolution presided over the first firing squads and established labor camps across the country. He modeled them after the Soviet gulags. Che acted as judge, jury, and executioner. He wrote in an essay:

“To send men to the firing squad, judicial proof is unnecessary. These procedures are an archaic bourgeois detail. This is a revolution! And a revolutionary must become a cold killing machine motivated by pure hate. We must create the pedagogy of the paredón [execution wall].”

Spenser Rapone is a disgrace to his uniform and his comrades in the military.

More on this story is posted at: 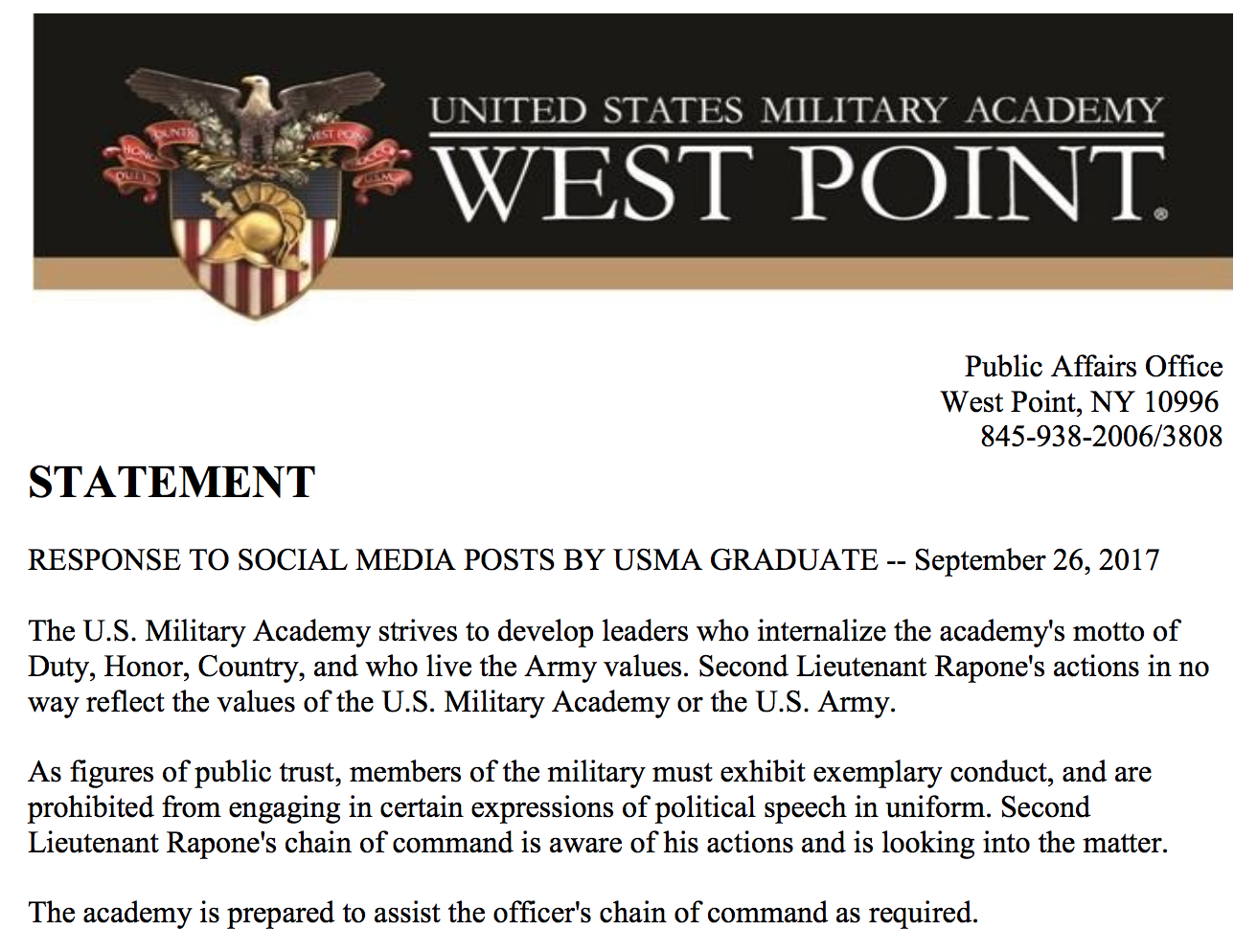