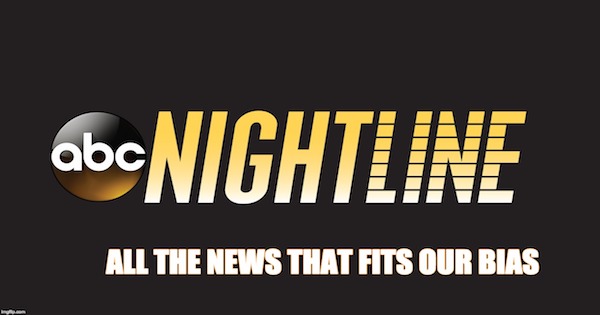 Perhaps ABC just wanted to prove that Sean Spicer’s attacks on the mainstream media were 100% true, because when Bush #43’s first press secretary Ari Fleischer  appeared on “Nightline” Monday night and words of praise for Trump’s press secretarySean Spicer, were edited to make it look as if he was attacking Sean Spicer.

Fleischer laid out what happened on his twitter feed:.

On “Nightline” Ari Fleischer was asked about how Spicer handled himself during Monday’s press briefing after a Saturday statement where the Trump spox berated the media for their coverage of the inauguration. Ari Fleischer said that on Monday he did a good job, but that’s not what was reported.

@Nightline proves Spicer right about MSM’s dedication to negativity. Here is what I told them in a taped interview: 1/4

“It looks to me if the ball was dropped on Saturday, Sean recovered it and ran for a 1st down on Monday.” 2/4

But that’s not what the “Nightline” viewers heard:

Here is how they chopped my quote: “It looks to me if the ball was dropped on Saturday” after ABC referred to “deliberate falsehoods.” 3/4

Fleischer was not happy having his positive quote turned around into an attack:

If this is how the press reports, Trump is right to go after them. 4/4

When the press distorts someone’s quote and twists their words, we all have a problem. 5/5

As the saying goes, “Ain’t that the truth!”

But news, and interviews get twisted and turned every day by the mainstream media because of their preconceived attitudes about conservatives, Republicans and especially Donald Trump

A few hours after Ari Fleischer tweeted out is objections to being misquoted, ABC News put an apology up on their site and even promised to fix the tape on-line.

Nightline aired a segment Monday night about the first three days of the new administration including Sean Spicer’s statement to the press on Saturday. As part of the report, we interviewed former White House press secretary Ari Fleischer. In editing the piece for air, his quote was shortened and as a result his opinions mischaracterized. We are fixing the piece online to include his full quote and context. We apologize and regret the error.

Of course that doesn’t change the perception of people who watched the show live. They they still believe that Ari Fleischer was ripping Sean Spicer a new one.

Congratulations ABC News you just proved Sean Spicer’s point, the mainstream media wouldn’t know the truth if it jumped in the air did a backflip and kissed the nearest Republican on the lips.