Hey April Ryan, Colin Kaepernick Said The Protest Is About Disrespecting The Flag 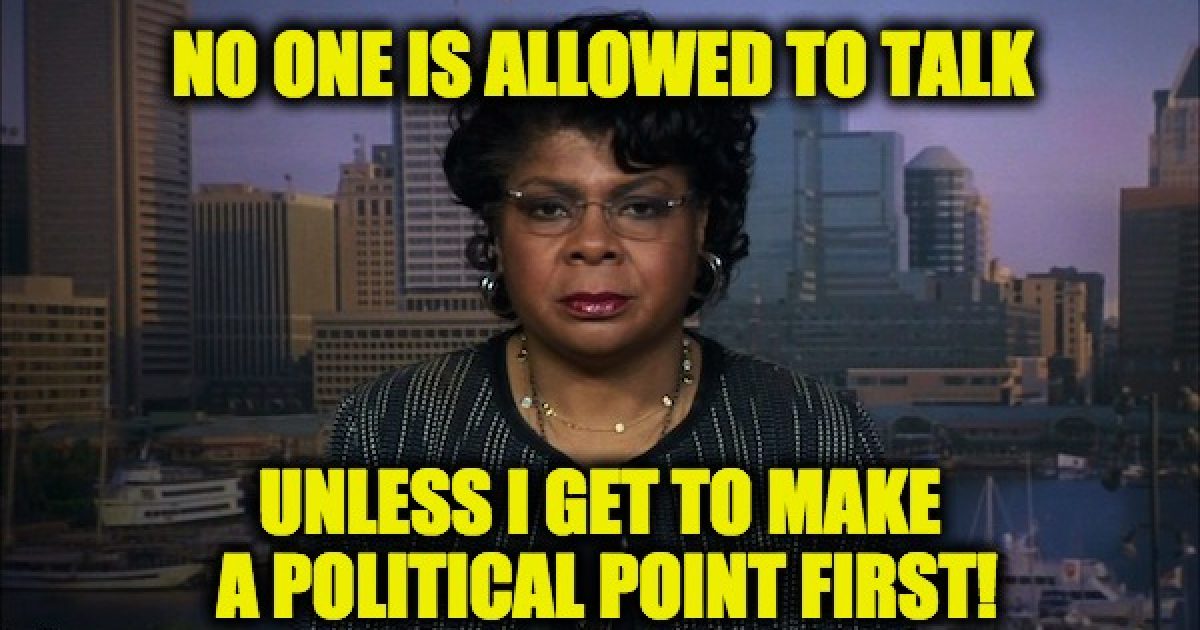 April Ryan, White House correspondent, and Washington, D.C., bureau chief for American Urban Radio Networks as well a political analyst for CNN, never misses an opportunity to turn the daily WH press briefing into her own political platform. Today was no different.

NBC’s Peter Alexander first asked why, if President Trump supports free speech in the case of the bakeshop that came out ahead in the June 4th Supreme Court ruling allowing the owner to follow his faith by not participating in same-sex weddings, why doesn’t he support free speech in the case of NFL player protests. Ms. Sanders answered that it wasn’t about free speech, it was about respecting the flag, which by the way, agrees with Colin Kaepernick (but more on that later).

Then the White House spox tried to call on CBS News Radio’s Steven Portnoy, but the always unprofessional Ryan kept screaming out her questions, and then when Ms. Sanders finally gave in to Ryan’s shouting and started answering her question, April Ryan shouted over Sanders’ answer.

The person who started the kneeling during the national anthem trend, mediocre quarterback Colin Kaepernick, the protest was all about disrespecting the flag of the racist evil nation that he believes we are.

Sorry, April Ryan but next time try to be a professional and don’t shout out louder than the professional reporters who aren’t trying to be heard over their colleagues and the Press Secretary when she tries to answer your question.  And perhaps before you ascribe a reason to a protest ask they guy who started it all.

The best commentary about the Kaepernick protest and that of his colleagues on one knee was written by an American hero, Brian Kolfage. April Ryan would do herself well to read what Brian wrote to Kaepernick two years ago:

Colin Kaepernick I lost my legs and arm fighting in the US military, the same military that I took an oath to defend our nation and flag from enemies foreign and domestic. Next time I hear the national anthem I’ll be sure to stand for the both us since you feel that you’ve been oppressed. We live in America, the land where no one is truly oppressed in the grand scheme of things. If you want to see the real meaning of oppressed I suggest you enlist in the military and travel abroad to the Middle East where you will witness what oppression is. Where women are beaten and killed in honor if they are raped, where 6-year-old little girls are forced to marry men in their 60’s, that’s just a little taste of what oppression is. You Know NOTHING of what oppression is. Every American has a choice and every opportunity to better their lives, this is America the greatest country on this planet. 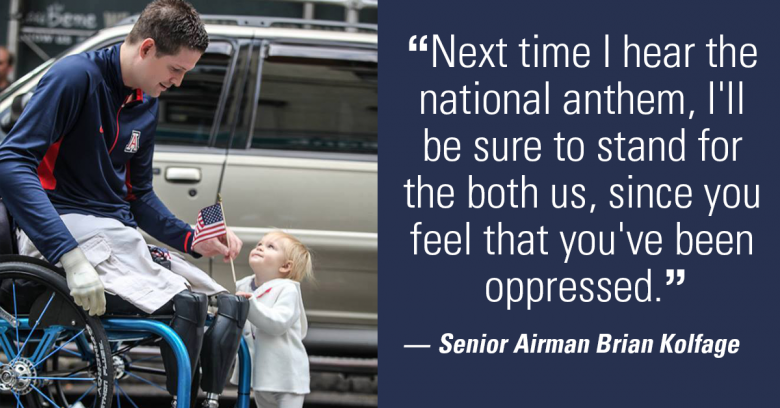