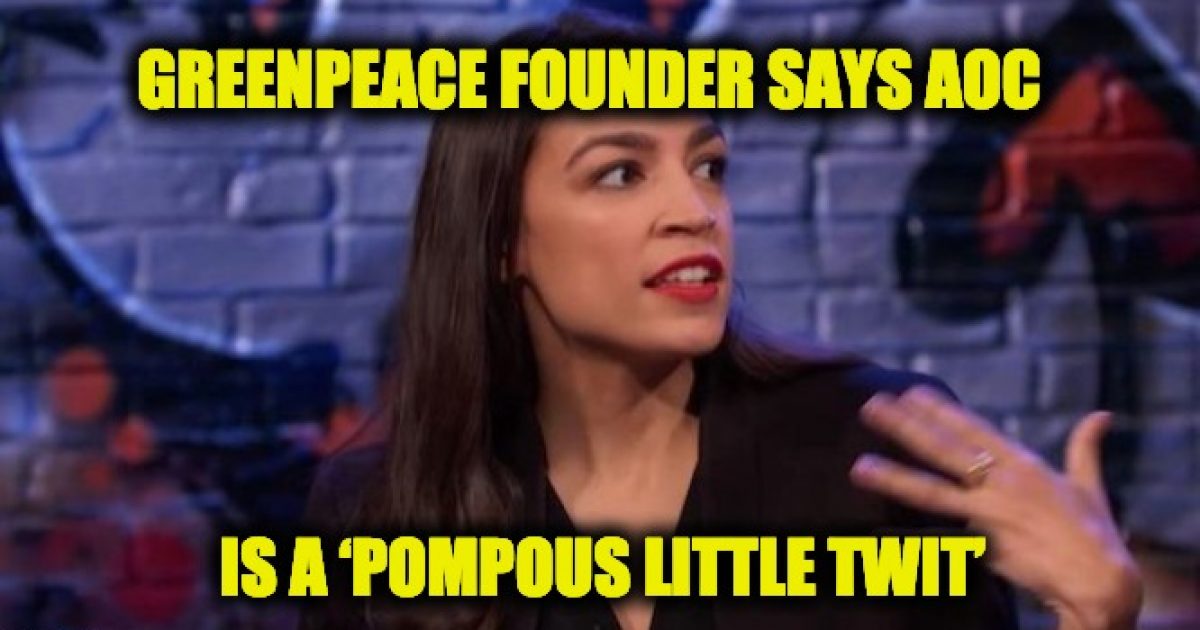 For those not familiar with Greenpeace, it is a sometimes crazy international environmental organization with offices in over 39 countries. 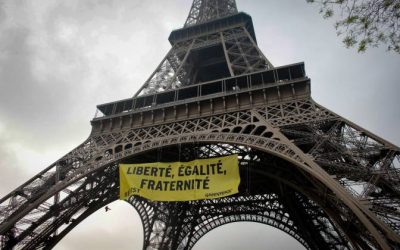 In a series of tweets, Patrick Moore argued Alexandria Ocasio-Cortez, who has called for drastically reducing fossil fuel production, doesn’t realize what would happen across the world if the radical plan were actually implemented.

@AOC
Pompous little twit. You don’t have a plan to grow food for 8 billion people without fossil fuels, or get food into the cities. Horses? If fossil fuels were banned every tree in the world would be cut down for fuel for cooking and heating. You would bring about mass death.

Patrick Moore began his online feud with Ocasio-Cortez on Saturday, and since then, his tweets have attracted the attention of both opponents and proponents of the Green New Deal that aims to rid the United States of greenhouse gasses within a decade.

After calling the freshman congresswoman a “pompous little twit” for insisting America listen to her ideas for perish, Moore called her Green New Deal “completely crazy.”

“If fossil fuels were banned, every tree in the world would be cut down for fuel for cooking and heating,” Moore wrote to Ocasio-Cortez on Saturday. “You would bring about mass death.” He also suggested it is ludicrous to compare climate change to World War II.

Isn't @AOC a bit young to talk about WW2? It was Hell & more than 60 million died. It's her @GND that would be worse than WW2. Imagine no fuel for cars, trucks, tractors, combines, harvesters, power-plants, ships, aircraft, etc. Transport of people & goods would grind to a halt. https://t.co/nXhdlK4Tsa

I suspect @AOC is a flash in the pan. Her @GND is so completely crazy it is bound to be rejected in the end. But she does have wind in her sales due to the political situation. 2020 will be even more interesting now.

The "world as it is" has the option of taking the subway rather than a taxi. option of Amtrak rather than plane, option of opening windows rather than A/C. You're just a garden-variety hypocrite like the others. And you have ZERO expertise at any of the things you pretend to know

“Pompous little twit” is right on target but according to her, she is ‘the Boss’? Actually, Ocasio-Cortez is the pathetic outcome of a generation schooled in leftist indoctrination. She’s what she was programmed to be and that’s an arrogant, uninformed, misinformed, disinformed, empowered activist with an imperious attitude.

In reality, the only solution to this imagined problem would be a real-life equivalent the Thanos snap eliminating half the population,  that’s not unheard of from the left.