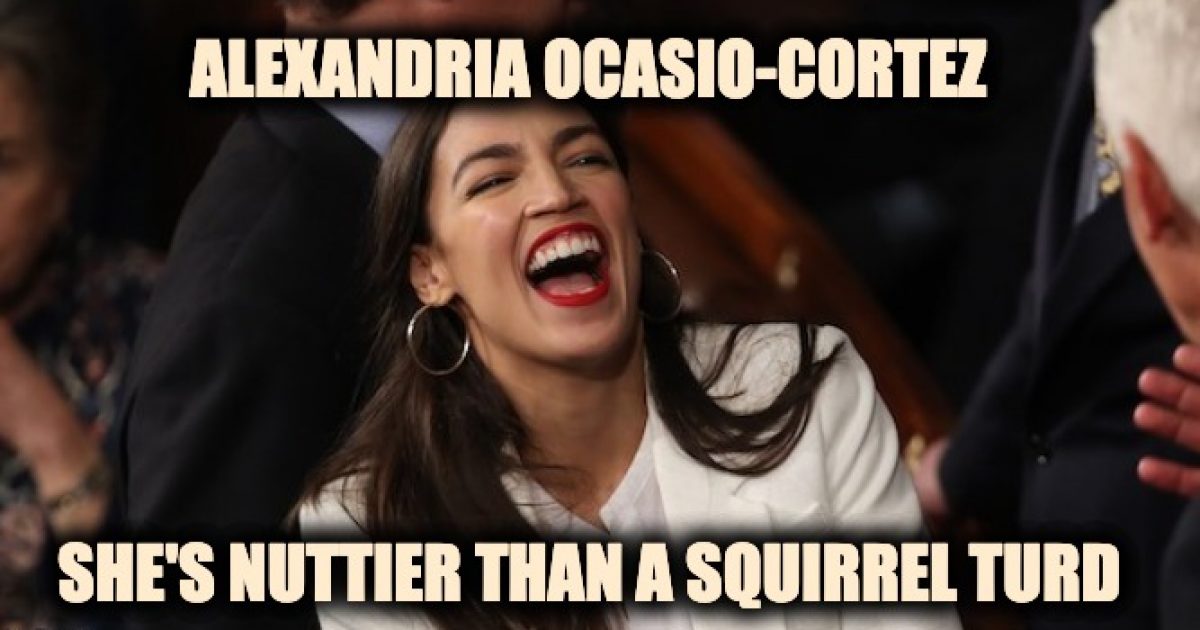 As already reported, Kirstjen Nielsen is leaving the Trump administration and she, along with others who have worked for the president, has been named on a blacklist pushed by crazy leftists who don’t believe they should be allowed to work anywhere in the private sector ever again.  If that’s not enough, Alexandria Ocasio-Cortez, the newly-elected Democrat Socialist has decided to spread lies and conspiracy theories about Nielsen, going so far as to accuse her of stealing children.

“In stealing 1000s of children, deporting their parents,& refusing to provide info for reunification, Sec. Nielsen oversaw one of the largest-scale human rights violations in recent history,” Ocasio-Cortez said on Twitter.  “Awarding her a lucrative deal or prestigious post is to legitimize+celebrate that abuse.”

In stealing 1000s of children, deporting their parents,& refusing to provide info for reunification, Sec. Nielsen oversaw one of the largest-scale human rights violations in recent history.

Awarding her a lucrative deal or prestigious post is to legitimize+celebrate that abuse. https://t.co/f2cgDXI48B

Note if this was true (and it’s not) Nielsen would not be a kidnapper, using the liberal jargon, she would be an undocumented parent.

Of course, the lies spread about illegal migrant children at the border have been repeatedly debunked.  Moreover, it’s a practice that was carried out during the Obama regime and stopped by the Trump administration.

But facts don’t matter to Ocasio-Cortez.  Nor do they seem to matter to the rest of the irrational Trump-hating left.

Of course, this isn’t the first lie Ocasio-Cortez has told.  Earlier this month, for example, she spread another conspiracy theory that border patrol agents were busy drugging children on the border.

Now she thinks Nielsen should be deprived of employment for not thinking like her.

But most commenters on her Twitter feed are on Nielsen’s side:

you’re a vicious raving cretin -let me give a view of the future, toots-nielsen’s actions will be forgotten by labor day, but take heart-after you’re defeated in november ’20, im sure the bar owner wont remember your moronic ravings and you can get your waitress job back

AOC has her own problems. Hopefully she and her FWB campaign manager are prosecuted for being the corrupt thieves that they are.

I live in her district. Yes, most of the people,here are as ignorant as she is. I’m planning my move outta here soon. Having this racost, anti-semetic ignoramus as my rep in congress is the last straw.

You do realize all you’re doing is inciting idiots that don’t know true facts. The immigration issue is at your feet fool! You change the laws and it can be fixed. Immigration has been the same under Obama and Clinton and the left were silent but yet has done zero to fix! Idiot!

What about violating the rights of the American people. The Democratic Party has done nothing but put these ILLEGALS on a pedestal and given them everything that the American people have worked for. How about helping our homeless. Charity starts at home. MAGA.

These children were perfectly matched with their parents before moronic Democrats created perverted incentives for them to come illegally to the United States.

It is YOUR job to defend the republic. DO YOUR F-ing JOB already!

Or go back to bartending. pic.twitter.com/DIBfum7CF9

This is the modern left…  Let that sink in.