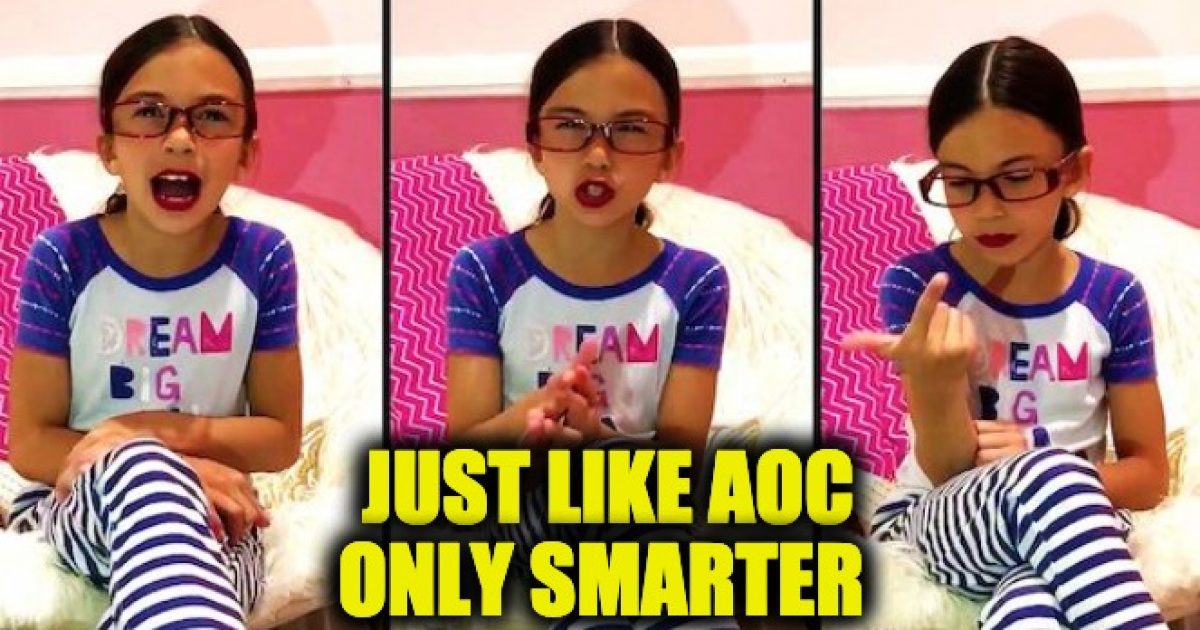 Eight-year-old Ava Martinez who looks like Alexandria Ocasio-Cortez poked fun at AOC and her socialist policies, including the green new deal.

Her stepfather, Salvatore Schachter, posted the adorable video and it blew up the internet,  Schachter told The NY Post he’d previously noticed the resemblance between Ava and AOC. After a family member started calling the girl “Little AOC,” he asked her if she wanted to do the video.

“Like, I want to talk about, like, climate change. Because, like, there’s no doubt cow farts are making the climate change,” Martinez said, donning Ocasio-Cortez-inspired glasses and red lipstick.”  “Like, in July, the climate was 96 degrees, and in February the climate was 36 degrees. OMG, like that’s a huge change in the climate in”—she counts her fingers—“only four months!” At another point, she says, “I also want to talk about socialism because socialism is so amazing. Like, socialism is actually short for social media. I do social media, so I’m a socialist.”

Watch the video below, this little girl is fantastic. She does AOC better than AOC.  Enjoy!

This sweet, adorable, 8yo actress is not only much cuter than the real #AlexandriaOcasioCortez but she’s also already much smarter too. I asked her to do this video because when #AOC is talking this is what we’re all thinking. We’re better off with this sweetheart in Congress. pic.twitter.com/QybovhN8WZ

The Internets found a better you! pic.twitter.com/bb9ITj5kXl

What a brilliant little girl! Already smarter than AOC!

What a brilliant little girl! Already smarter than AOC!

This is so adorable and hilarious. So great.

Your 8 year old is perfect absolutely one of the best analysis of a congresswomen ever. @sickenlaw She is bee bright. Do yo have it posted to YouTube? Thanks for making the #World #Smile