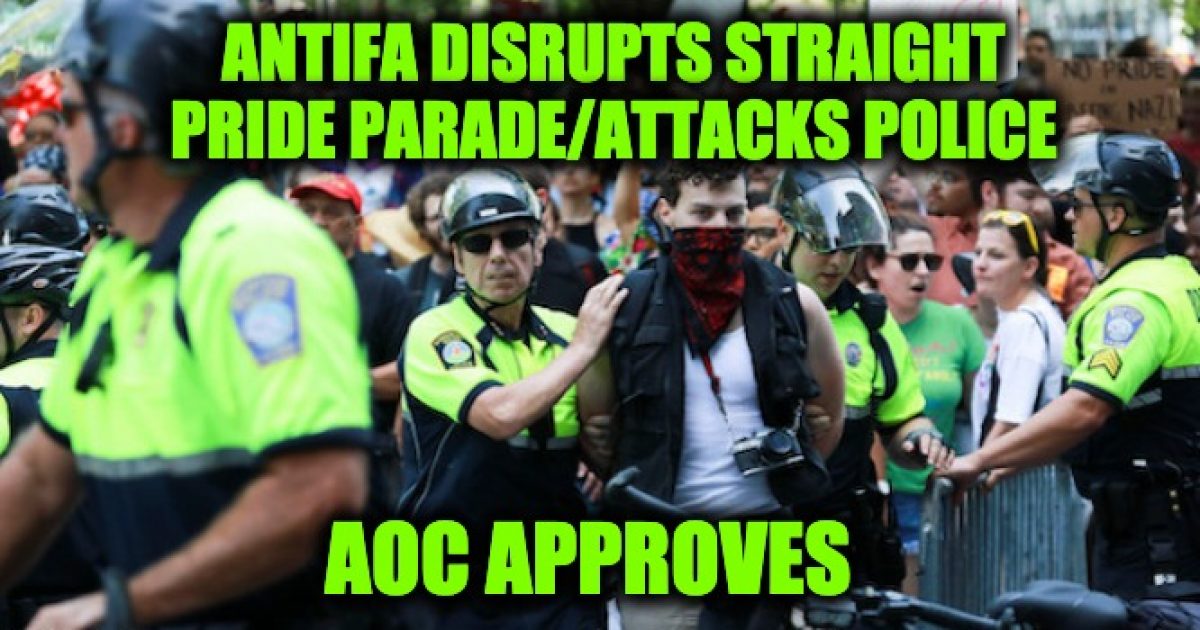 The face of the Democratic Party, Squad member Alexandria Ocasio-Cortez, got involved with raising bail money for  Antifa terrorists, some of whom were in jail for attacking the police. The Antifa terrorists were arrested in Boston while attempting to disrupt a straight pride parade and committing assault and battery on a police officer.

The Boston Herald interviewed one of the Antifa members:

“We’re covered in black so when we attack these guys we can’t be prosecuted,” said Jon Crowley, an Antifa member who told the Herald that he felt violence was the only way to deal with the people marching in the parade, which went from Copley Square to City Hall Plaza. “They are fascists, 100%. How else are you going to get them to shut up?”

The IQ-challenged Congresswoman wanted to set the terrorists free:

Contribute to the Bail Fund for the activists who put themselves on the line protecting the Boston community:https://t.co/z2NRSqHMve

These are the people aoc wants to fund

Please stop advocating for criminals who were justifiable arrested in multiple occasions when they crowded streets with moving traffic, physically pressed up against officers who ordered them to clear the area, and harassed them flipping them off & calling them pigs and the kkk

I was there. Those “activists” are terrorists. They spent the day calling for violence and I watched them ASSAULT police officers.

They instigated violence. They want violence.

Now you’re raising money for them?

How the hell are you an elected official?

But Sydney, It’s AOC the face of the Democratic party be gentile…NAH!

Antifa Cowards In Masks Beat An ‘Old Guy’ With Crowbars