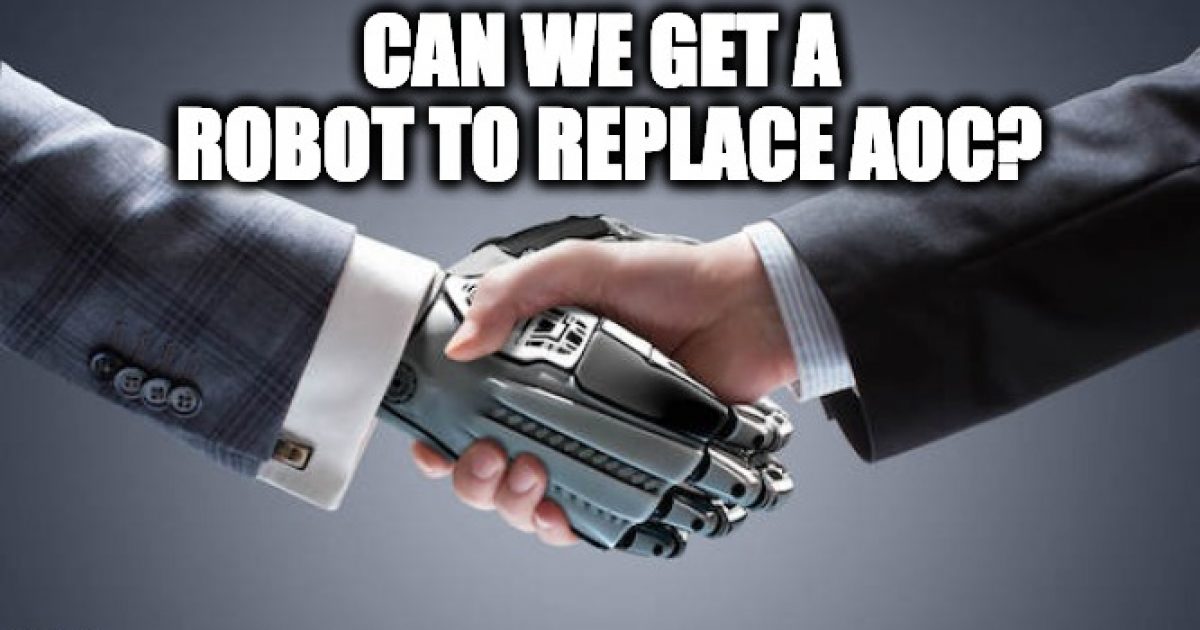 As we and others reported earlier, newly-elected Democrat Socialist Alexandria Ocasio-Cortez attacked the U.S. as “garbage” while speaking at the annual SXSW event in Austin over the weekend.  She had quite a bit more to say, however.  She also said American workers should be “excited” about “being automated out of work” and suggested a 90 percent tax rate on corporations.

“We should not be haunted by the specter of being automated out of work, right?” she said.  “We should not feel nervous about, you know, the toll booth collector not having to collect tolls anymore.”

“We should be excited by that. But the reason we’re not excited by it is because we live in a society where if you don’t have a job, you are left to die, and that is at its core, a problem. And so there are a lot of different solutions— a lot of different proposed, uh, ideas about how we go about that,” she added.

But the idiocy didn’t end there.

“You know, Bill Gates has talked about taxing robots at 90 percent and what that means— what he’s really talking about is taxing corporations at 90 percent, um, but it’s easier to say tax a robot,” Ocasio-Cortez said.

She also claimed that the world is “approaching infinite resources.”

We’re not sure where she got that idea from, nor are we aware of any data to suggest that such a claim is valid.

See the video at the bottom of the post,  courtesy of the American Mirror.

Keep in mind this is the same AOC who was called a “pompous little twit” by a Greenpeace co-founder for her economy-destroying and potentially deadly “Green New Deal” which would cost more money than exists on the planet to fully implement.

James Woods was right.  Ocasio-Cortez is undoubtedly the most dangerous person in America right now, especially given that many Democrats and their media allies now support her cockamamie and highly uninformed Marxist ideas.