AOC Claims She’s In Therapy Because Of Capitol Hill Riot

Sorry Rep. Ocasio-Cortez But You Were Nuts Long Before Jan. 6th 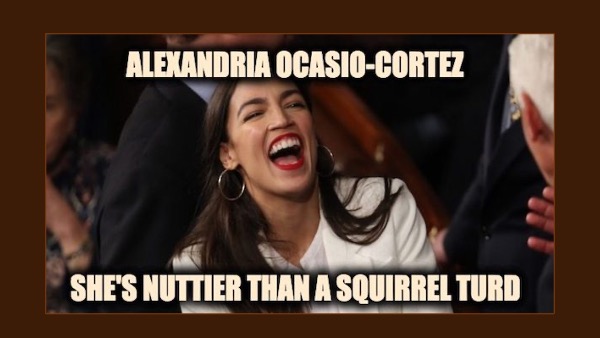 There is a tug of war ongoing on Capitol Hill this month, as many politicians continue to bicker over just what happened there on January 6th. Some call it a riot, while others believe that the mob storming the building was an insurrection, citing their chants to “hang Mike Pence” as evidence of the severity of the situation. AOC capitol riot

Lawmakers on the right have sought to downplay the event, with some even suggesting a comparison to “tourism,” all in the name of attempting to divert attention away from the violence and make their opposition to a January 6th commission all the more palatable for, the more moderate of their constituents.

However, on the other side of the aisle, there is no shortage of statements meant to invoke a far heavier view of the day.

Rep. Alexandria Ocasio-Cortez (D-NY) said she is in therapy as a result of the January 6 Capitol riot, or what she described as an “all-out, attempted coup,” pointing figures at the Trump administration and contending it “had a lot of us, especially Latino communities, in a very reactive mode.”

Speaking to the radio show Latino USA on Friday, the far-left Democrat said U.S. lawmakers effectively “served in war” and explained she “took some time” after the event. She confided in fellow “Squad” member Rep. Ayanna Pressley (D-MA), who told her she needed to “recognize trauma.”

“And I feel like I learned this the hard way after my father had passed away when I was a teenager … That happened at a young age and I locked it away. You have to live with it for years,” she continued, explaining she is in therapy due to the January 6 event.

“Oh yeah, I’m doing therapy but also I’ve just slowed down,” she said. “I think the Trump administration had a lot of us, especially Latino communities, in a very reactive mode.”

Most people in therapy are not crazy, but AOC is and has been long before Jan 6th. Well either that or lying.

AOC has repeatedly stated that she feared for her life during the riot. But she wasn’t even in the Capitol Building. Ocasio-Cortez was in her office, which is located in the Cannon building when rioters stormed the Capitol. The building is part of the overall Capitol complex but is not within the Capitol building itself.

More than 440 individuals have been arrested in connection to the events of January 6th, and the FBI is still seeking to identity hundreds more for potential detention. And AOC is trying her best to fuel the fire.