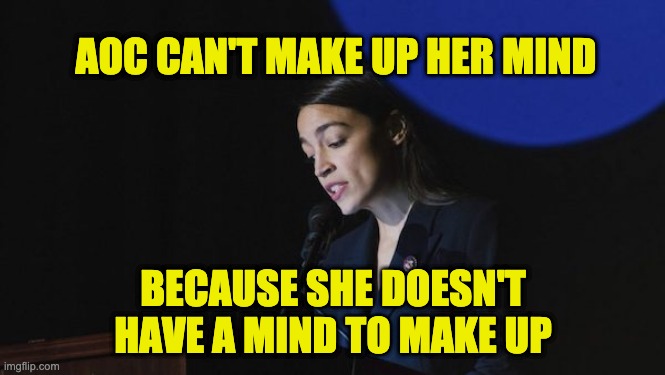 It seems that Rep. Alexandria Ocasio-Cortez, a very outspoken Democratic Socialist, is ready for some fresh blood in the progressive Democratic Party leadership class as she’s making calls for both Sen. Chuck Schumer and House Speaker Nancy Pelosi to be booted from their positions. AOC boot Pelosi and Schumer

However, while AOC is eager to throw these two to the sharks, she warned that doing so would probably create a power vacuum within the party that could be filled by what she called “nefarious forces” who are “even more conservative” than the current leadership.

This raises two points, AOC spewed an opinion without thinking it through (that does assume she has the cranial capacity to think), and she is so left-wing that she thinks Nasty Nancy and Crybaby Chuck are conservative.

These comments were made during an interview on “The Intercept” podcast.

“I do think we need new leadership in the Democratic Party,” Ocasio-Cortez, D-N.Y., said. “I think one of the things that I have struggled with, I think that a lot of people struggle with, is the internal dynamics of the House has made it such that there [are] very little options for succession.”

Pelosi, 80, sailed to reelection as speaker in a virtual caucus vote last month despite a spate of Democratic losses in the 2020 election, a night in which the party expected to see big wins but instead suffered some surprising defeats. While she did not face any challenges, Pelosi will need to secure a simple majority – 218 Democratic votes – by the full House of Representatives in order to maintain her gavel.

“The answer is we need to shift power,” AOC continued. “We need to make sure that we have a transition of power in the Democratic Party.”

AOC went on to say that the House is “extraordinarily complex and I’m not ready,” referring to any possibility she would run for the position of Speaker of the House. “It can’t be me. I know that I couldn’t do that job,” she said. I agree with AOC. She can’t even run a garbage disposal–she probably couldn’t even find the speaker’s office.

In order to be Speaker of the House, she would have to actually understand how our current governmental system works. AOC has a hard time spelling cat even if someone spots her the “C” and the “A.”   The last thing America needs is to give AOC of promotion to a job with actual power and real responsibility.