CBS Asks AOC: How Can A Woman of Color Back ‘Old White Guy’ Bernie Sanders? 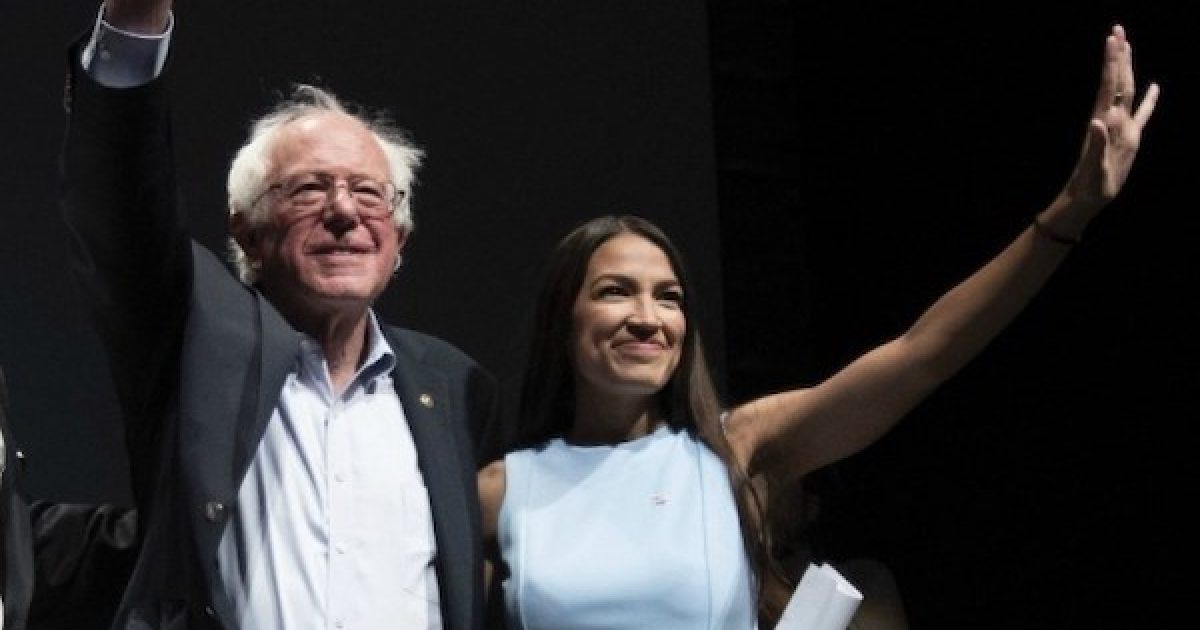 CBS News correspondent Nikole Killion pressed AOC over her endorsement of Bernie Sanders for President, demanding to know how a “woman of color” could possibly throw her support behind an old white guy.

That’s a lot of racism to unpack in one question.

Three members of Alexandria Ocasio-Cortez’s ragtag group of intellectually void congresswomen known as the Squad – the leader herself, Rep. Ilhan Omar, and Rep. Rashida Tlaib – have endorsed Bernie as he struggles to gain ground in 2020 Democrat primary.

“As a woman of color, why back an old white guy?” she asked. “And is this the future of the party?”

ICYMI @NikolenDC asked @aoc the money question after she endorsed @BernieSanders:
“As a woman of color, why back an old white guy?” https://t.co/0PMvc6acKq

Why She Backs the Old, White Guy

Ocasio-Cortez responded by saying she’d like the Democrat party to be seen as the one willing to reach across certain demographic aisles for one common cause, an utterly hilarious suggestion since the resistance regularly views Republicans as consisting solely of old, white men who are racist, sexist, and xenophobic.

“I’m actually very excited about this partnership because it shows what we have to do in our country is that we have to come together across race, across gender, across generation,” AOC claimed.

Jane Eisner, Director of Academic Affairs at Columbia Journalism School, was confused by the endorsement.

“I find it fascinating that women of color overlook female and minority candidates to endorse a white guy,” Eisner wrote. “Is ‘identity politics’ over? Is ideology more important than race and gender?”

Ocasio-Cortez pressed on support for Sanders: "As a woman of color, why back an old white guy?" https://t.co/P597MYXOPX pic.twitter.com/yC8yvaBKYj

Don’t let AOC fool anybody – she doesn’t care about reaching “across race, across gender, across generation,” she only cares about propping up the most radical socialist in the party to implement her own radical policies and platforms.

This past April, she took a swipe at an “older male member” of the GOP for posing with a cardboard cutout of “young female legislators.”

The cardboard cutout was her – the older GOP member was Democrat Rep. John Yarmuth.

1st grade readers are in fact the worst. pic.twitter.com/pOBZ07loeG

As for the other Bernie-supporting Squad members – they’re equally as racist.

Tlaib believes police should hire blacks exclusively to run their facial recognition software because other races think they “all look the same.”

The Minnesota Democrat also said, “This is not going to be the country of white people.”

What it’s not going to be is a country led by Bernie Sanders or the Squad.