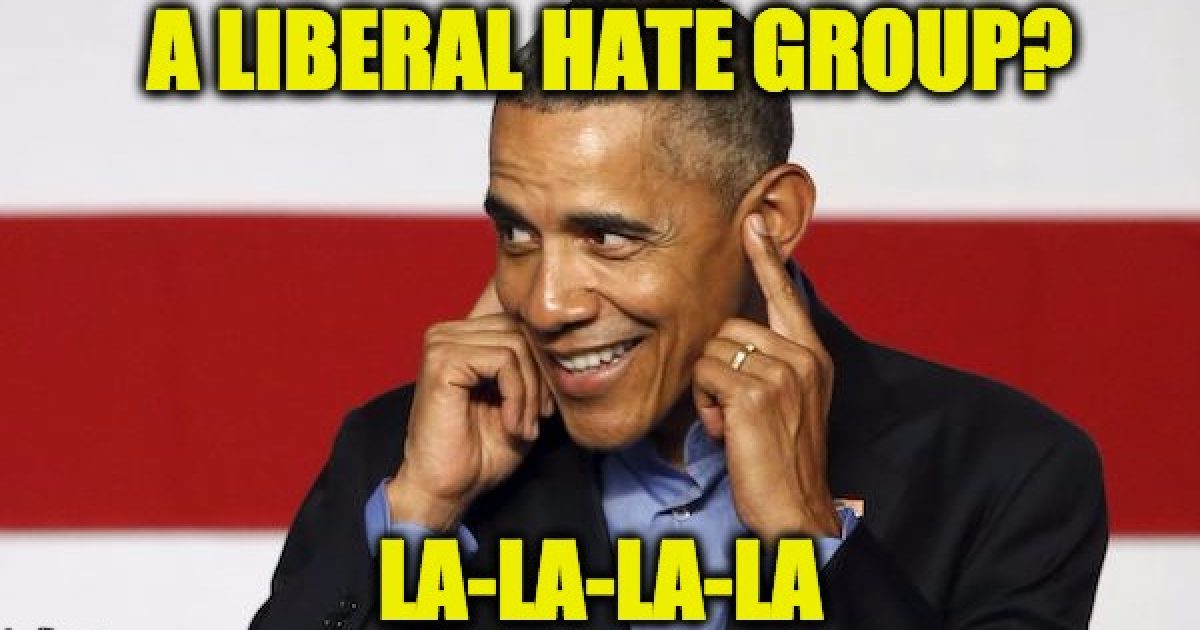 At least Emperor Nero practiced his fiddle while Rome burned. The only thing Obama did when the FBI warned him about the liberal hate group Antifa early in 2016  was put his fingers in his ears and sing, “la, la, la,”

Over the course of the last few weeks, the world has become acquainted with the radical left’s “Antifa” movement; a black-clad extremist group that has formed within the liberal confines of America. These radicalized anarchists have attempted, sometimes successfully, in toppling or removing statues of American veterans, censoring free speech on college campuses, and otherwise terrorizing innocent fellow Americans at every turn.

While many liberals believe that the radical leftist group is a brand new phenomenon and some sort of reaction to the election of Donald Trump,  according to newly unearthed reports from within the federal government the violent liberal hate groups is not that new. It turns out that the Obama administration was warned about the liberal hate group in April 2016, and did absolutely nothing.

“Well before the deadly Aug. 12 rally in Charlottesville and the ongoing violent clashes with white supremacists and other groups, federal authorities warned local officials the actions of left-wing extremists were becoming increasingly confrontational and dangerous.

“Some even classified their activities as ‘domestic terrorist violence.’

“In previously unreported documents dating back to April 2016 and viewed by Fox News, the FBI and Department of Homeland Security wrote that ‘anarchist extremists’ and Antifa groups were the primary instigators of violence at public rallies. They blamed these groups for attacks on police, government and political institutions, racists, fascists and ‘symbols of capitalism.’

(…)In recent decades, authorities have focused almost exclusively on right-wing groups as the most likely instigators of domestic terrorist violence, especially after Timothy McVeigh blew up the Oklahoma City federal building in 1995, killing 168 people.

But groups such as Antifa, which is short for anti-fascist, have been growing in numbers and becoming more tolerant about using violence.

(…) “The agencies warned the rise of fascist, nationalist, racist or anti-immigrant groups in U.S. political discourse could lead to violent backlash from these ‘anarchist extremists.’

“The FBI and DHS had no comment on the assessments, saying they were not intended to be made public.”

None of this excuses the disgusting neo-Nazis and white supremacists. But what it does mean is that steps could have been taken to prevent confrontations like Charlottesville long before that tragic Saturday.

In Charlottesville, Berkeley, and beyond, these left-leaning cretins have employed a wide range of vile tactics in order to push their liberal and globalist agenda, quite often going beyond confronting “right-wing” hate groups and attacking anyone whose legitimate political speech disagrees with theirs, and their growth was enabled by a president who couldn’t comprehend that anyone on the left could do anything wrong.