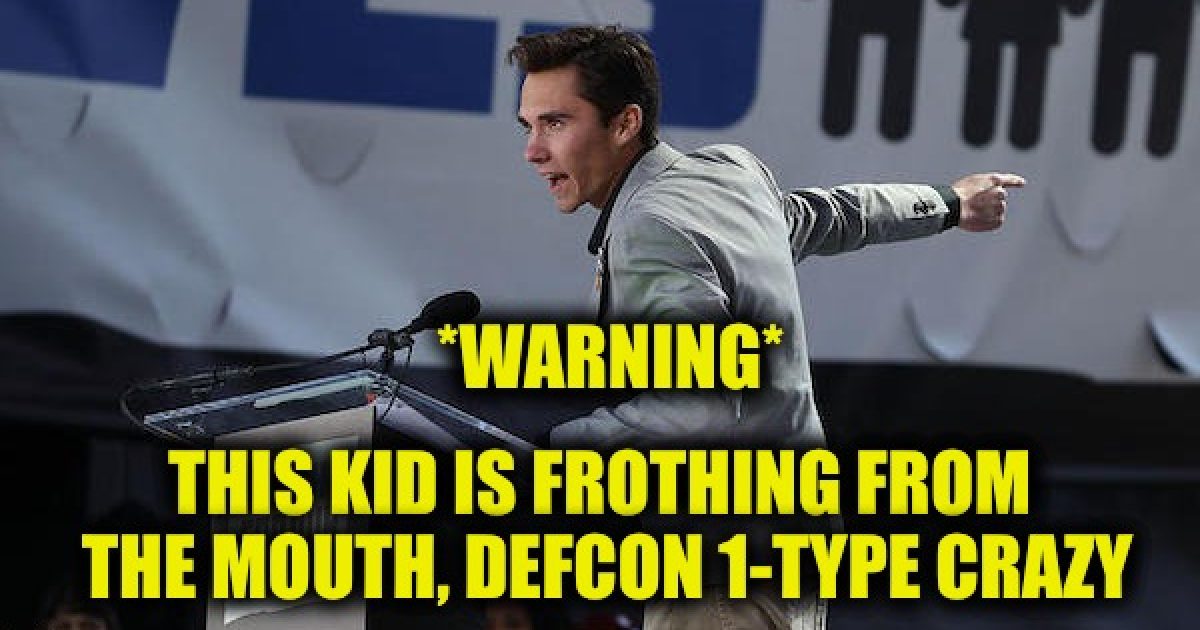 Last week, anti-gun teen demagogue David Hogg posted a message on Twitter regarding illegal aliens that prompted quite a bit of criticism from a number of other Twitter users.  And not just because the word-salad he posted made very little to no sense.

“The only people that are illegal in America are those that collude with foreign governments and the only aliens are those who think guns are worth more than children’s lives,” he said.

The only people that are illegal in America are those that collude with foreign governments and the only aliens are those who think guns are worth more than children’s lives.

You show every day why you didn’t get into the college of your choice.

What a tool! Start college soon for your own sake!

Get a new schtick

College will only feed the ridiculousness he spews. He is dangerous enough to himself as it is. Once the puppet master realizes he's truly useless to the cause, they will cut the strings & he will dance no longer to this tune. These students really need a better spokeperson.

Wow that was a dumb ass statement. But after all it was your perspective which is ignorant and irrelevant. So Hillary is illegal. Wow dude.

This post is a perfect example of why the age for voting should not be lowered!

No, David, people who come to this country to live without first going through proper legal channels to legally immigrate are here illegally. That’s just how it is.

Being staunchly pro-gun doesn’t mean you think guns are more valuable in than Children’s lives. It simply means you recognize that it’s wrong to infringe on human rights no matter how scary the alternative seems. Freedom *IS* more important than a false sense of security.

Go away! You bore me

He is a leftist, so…

This isn’t the first silly thing that Hogg has tweeted since his existence first came to light, and chances are it won’t be the last.