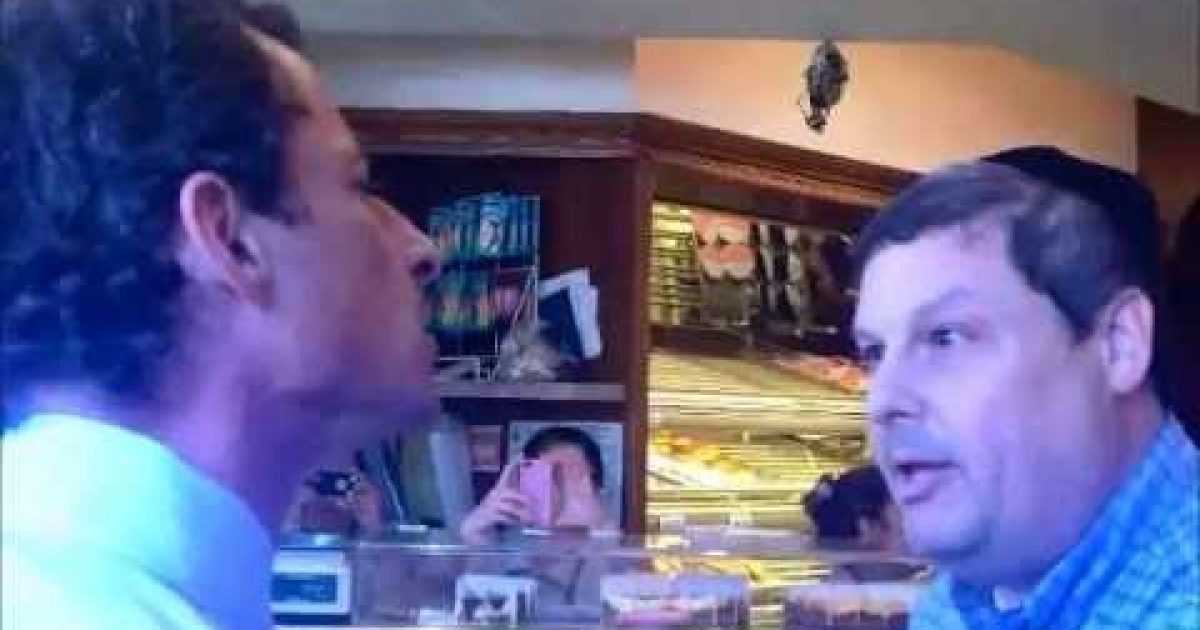 Class Weiner doesn’t have but neither does the man who confronted him. Weiner may be a scumbag as the man charged but it is not his place to shout him down either.  Jewish law would say the man was wrong for publicly embarrassing Weiner despite his sins

At this point in time with Rosh Hashanah starting in a few hours, the man would be better off worrying about his own sins–not Weiner’s.

But here is the story and the video:

Blogger Jacob Kornbluh shot video of the heated exchange and said it began when the man called Weiner a “scumbag” as he exited a bakery.

“Takes one to know one, jackass,” Weiner responded before shouting, “What’s that? You wait till I walk out to say anything that’s courage.”

“You have the nerve to even walk around in public,” the man said. “You’re disgusting.”

“You talk to God and work out your problems, but stay out of the public eye,” the man answered. “You’re a bad example for the people. ….Your behavior’s deviant, it’s not normal behavior.”

Weiner and the man continued arguing for nearly two minutes.

“That’s your judgement. … That’s why they have elections,” Weiner shouted. “Go visit with your rabbi. Shows you how much you know. …. You obviously think you’re superior. … You’re not. … You have shown no signs that you’re superior to me and you’re not my God.”

Before leaving the bakery, Weiner told the man, “Nice talking to you.” As he walked into the street, Weiner declared to a group of reporters and onlookers, “I don’t back down.”

On the other hand this is a great example of Weiner’s bullying personality.  You may remember when he was in congress and he had a flip out at Peter King on the house floor.