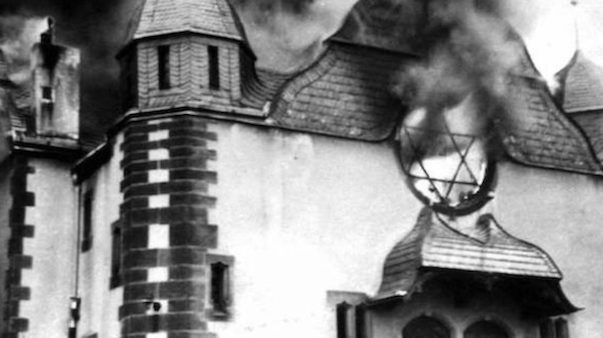 Kristallnacht, the Night of Broken Glass, was a nationwide anti-Jewish pogrom in Nazi Germany beginning on the evening of November 9, 1938, and continuing through the next day. Actually, it was much more than just a pogrom. Kristallnacht was the day Hitler’s final solution came out of the closet with anti-Jewish riots in Germany, Austria, and the Sudetenland region of Czechoslovakia. It was the night the Holocaust began.

The Holocaust is unique in its volume and horrors and is a singular event in world history. Yes, there are genocides of other people and other horrors. There were even other atrocities committed against the Jewish people.   But generally, a genocide is waged to suppress a group, take their territory, or for political reasons, or some economic reason like taking their wealth or enslaving a people. This was different– the Jews targeted by Hitler and the Nazis had no land and held relatively little power.  Beginning with Kristallnacht, the Nazis engaged in a genocide of Jews. Its only purpose was to wipe them off the face of the Earth.

Kristallnacht was a coordinated attack on Jewish people and their property, 99 Jews were murdered, and 25,000 to 30,000 were arrested and placed in concentration camps. Two hundred and sixty-seven synagogues were destroyed, and thousands of homes and businesses were ransacked.

The attacks were carried out by Hitler Youth, the Gestapo, and the SS.  Kristallnacht also served as a pretext and a means for the wholesale confiscation of firearms from German Jews and was part of the broader Nazi policy of Antisemitism. Kristallnacht was followed by more horrific anti-Semitic economic, political abuses, and horrible genocide.

Recovered documents revealed plans for this Germany-wide pogrom were laid by Himmler well before November 9 and were communicated to Nazi offices in the country. They only needed to wait for a suitable occasion to open their gates of hell. That opportunity came with the murder of a low-level German diplomat in Paris by a 17-year-old Polish Jew as an excuse to carry out the Kristallnacht attacks. On November 7, 1938, Ernst vom Rath was shot outside the German embassy by Herschel Grynszpan. The latter wanted revenge for his parents’ sudden deportation from Germany to Poland, along with tens of thousands of other Polish Jews. Following vom Rath’s death, Nazi propaganda minister Joseph Goebbels ordered German storm troopers to carry out the plan. The riots were disguised as “spontaneous demonstrations” against Jewish citizens. Local police and fire departments were told not to interfere.

Some believe the timing was selected because the date had symbolic importance. The Nazi Blood Witness Day of November 9 and Martin Luther’s birthday of November 10. Blood Witness Day commemorates the Nazi “martyrs” who died for their cause. Martin Luther advocated the destruction of Jewish homes and synagogues as well as the impoverishment, forced labor, exile, and death of Jews.

The Nazi government immediately pronounced that “the Jews” themselves were to blame for the pogrom and imposed a fine of one billion Reichsmark (some 400 million US dollars at 1938 rates) on the German Jewish community. The Reich government confiscated all insurance payouts to Jews whose businesses and homes were looted or destroyed, leaving the Jewish owners personally responsible for the cost of all repairs.

In the weeks that followed Kristallnacht, the German government promulgated dozens of laws and decrees designed to deprive Jews of their property and their means of livelihood. Many of these laws enforced the “Aryanization” policy—the transfer of Jewish-owned enterprises and property to “Aryan” ownership, usually for a fraction of their actual value. Ensuing legislation barred Jews, already ineligible for employment in the public sector, from practicing most professions in the private sector. The legislation made further strides in removing Jews from public life. German education officials expelled Jewish children still attending German schools. German Jews lost their right to hold a driver’s license or own an automobile. The legislation restricted access to public transport. Jews could no longer gain admittance to “German” theaters, movie cinemas, or concert halls.

In a statement to representatives of the foreign press, Goebbels responded to the outrage at Germany’ assault on its half-million Jewish citizens by challenging the Western democracies: “If there is any country that believes it has not enough Jews, I shall gladly turn over to it all our Jews.” But not one country said they would take the Jews of Germany.

It’s incredible how little has changed in eighty-three years. Children’s textbooks are filled with anti-Jewish hatred in the Palestinian territories while others call Abbas and his underlings “moderates. “Islamic Clerics throughout the world call for the death of Jews, and a recent AJC study reported that Antisemitism runs rampant in France.

Throughout the world, Palestinian terrorist attacks against Jewish civilians are blamed on Israel,

In recent years Antisemitism has grown substantially, even here in the most tolerant nation in the world.

Antisemitism grew after eight years of Barack Obama spewing Jew-hatred from the White House with lies such as it was the Jews who pushed Bush #43 to invade Iraq.

The far left has been injecting Antisemitism into the American political discourse since the early 1970s when leftist African American leaders such as Jesse Jackson,  Andrew Young, Louis Farrakhan, and the beloved bigot, Al Sharpton, all went public with their Antisemitism.

Louis Farrakhan, the Antisemitic leader of the US Nation of Islam, has been befriended by the Congressional Black Caucus members. Al Sharpton, a man who has spent a good part of his life leading anti-Semitic pogroms or spewing it to incite, advises Democrats (and is celebrated by Jewish politicians like Senate Minority Leader Chuck Schumer).  Barack Obama, the former President of the United States, is an anti-Semite. However, no one dares to call him out for his hatred.

Today when Jews in Israel or anywhere else in the world is attacked by terror, the rest of the world turns their head away or blames the victim.

Six years ago, when France was attacked by Islamist terrorists, the White House and State Department refused to acknowledge the attack on the Kosher supermarket a few hours before the Jewish Sabbath when families were shopping for their Sabbath Dinner, had anything to do with Antisemitism.

Israel’s 2014 conflict began with a Hamas rocket barrage. Amid the rocket attacks, Jen Psaki, then the State Department Spox told the media. “No country should be expected to stand by while rocket attacks from a terrorist organization are launching into their country.” As often done by politicians and the media, Psaki continued with a false equivalency statement, “At the same time, in the secretary’s conversation, in the conversations of all of our senior administration officials, they’ve been encouraging all sides to de-escalate the situation.” A statement neglected that for “all sides to de-escalate,” Hamas had to stop firing rockets. There was nothing but silence from the Jews on the left side of the political spectrum and their sycophants in the media.

The ADL, which was created to protect the rights of Jews, tried to prevent Jews from speaking out against the anti-Semitic former President of the United States. and invite Israel haters to speak at their events. 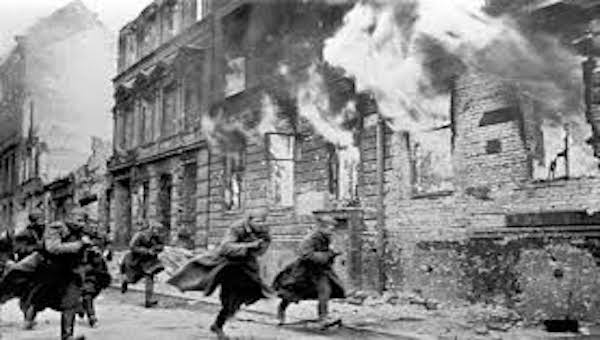 Today in the era of wokeism, fighting Antisemitism can get you canceled.

Woke theology teaches that Jews are privileged oppressors. So, when Jews are literally assaulted on the streets by the Left’s political allies, the incidents become Rorschach tests. Many view Jews as victims, but the woke prefer to intimate that Jews must be the aggressors. As a general rule, leftists don’t blame victims unless they’re Jewish.

Although that attitude is not totally new.  In 2019 when some Democrats wanted to rebuke Rep. Omar for her Antisemitism, the Congressional Black Caucus blocked the resolution because it didn’t mention Islamophobia. So instead, the party passed a generic resolution that basically said that being mean to others is wrong.  A lesson when I was a child watching programs such as Romper Room, Howdy Doody, and Captain Kangaroo. As for the Jew-hating Rep Omar, she voted for the measure and celebrated it as a step toward fighting Islamophobia, which is almost non-existent in the country.

At the end of June 2021, “April Powers, previously Chief Equity and Inclusion Officer at the Society of Children’s Book Writers and Illustrators (SCBWI), left her position following an outcry that she did not mention Islamophobia in her statement about the rise in crimes against Jews.”

Jewish politicians in the Democratic Party are silent about the Jew-hatred displayed by many of their party colleagues. Even Jews in party leadership allow others to damn the Jewish people with their silence. Just so they can move up the political ladder.

Nothing like the Holocaust that began on November 9, 1938, could ever happen again.  Or can it?

It’s the eight-third anniversary of Kristallnacht, the start of the Holocaust. We owe it to the people who died during the Holocaust to speak out— because they can no longer speak for themselves.

May the memory of the Holocaust started 83 years ago today be a reminder of what happens when the world is silent. May there always be people to speak out against the silence. And may their memories always be for a blessing.