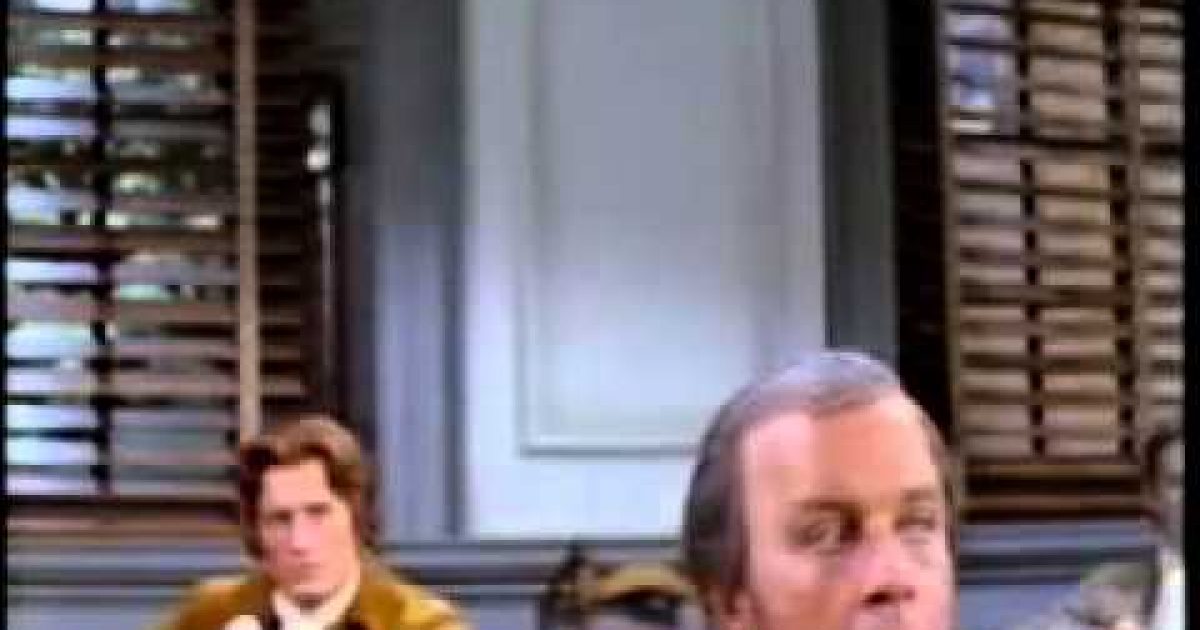 Ann Coulter warned us what to expect with a Judge Roberts on the Supreme Court ten years ago, before his first session. Her take about the future Chief Justice was very reminiscent of a quote from the musical 1776, in the end Roberts is “a nonentity trying to preserve the anonymity he so richly deserves.”

It means nothing that Roberts wrote briefs arguing for the repeal of Roe v. Wade when he worked for Republican administrations. He was arguing on behalf of his client, the United States of America. Roberts has specifically disassociated himself from those cases, dropping a footnote to a 1994 law review article that said:

“In the interest of full disclosure, the author would like to point out that as Deputy Solicitor General for a portion of the 1992-’93 term, he was involved in many of the cases discussed below. In the interest of even fuller disclosure, he would also like to point out that his views as a commentator on those cases do not necessarily reflect his views as an advocate for his former client, the United States.”

This would have been the legal equivalent, after O.J.’s acquittal, of Johnnie Cochran saying: “Hey, I never said the guy was innocent. I was just doing my job.”

And it makes no difference that conservatives in the White House are assuring us Roberts can be trusted. We got the exact same assurances from officials working for the last president Bush about David Hackett Souter.

I believe their exact words were, “Read our lips; Souter’s a reliable conservative.”

They were wrong about Souter and he was more “apparently” conservative than Roberts. As to the future Chief Justice, Coulter pointed out,  “Roberts has gone through 50 years on this planet without ever saying anything controversial. That’s just unnatural.” True because at times I can’t go 50 seconds with out saying something controversial.

Apparently, Roberts decided early on that he wanted to be on the Supreme Court and that the way to do that was not to express a personal opinion on anything to anybody ever. It’s as if he is from some space alien sleeper cell. Maybe the space aliens are trying to help us, but I wish we knew that.

Later in the essay she said:

As I’ve said before, if a majority of Americans agreed with liberals on abortion, gay marriage, pornography, criminals’ rights and property rights liberals wouldn’t need the Supreme Court to give them everything they want through invented “constitutional” rights invisible to everyone but People for the American Way. It’s always good to remind voters that Democrats are the party of abortion, sodomy and atheism, and nothing presents an opportunity to do so like a Supreme Court nomination.

The Democrats’ own polls showed voters are no longer fooled by claims that the Democrats are trying to block “judges who would roll back civil rights.” Borking is over.

And Bush responds by nominating a candidate who will allow Democrats to avoid fighting on their weakest ground  substance. He has given us a Supreme Court nomination that will placate no liberals and should please no conservatives.

Maybe Roberts will contravene the sordid history of “stealth nominees” and be the Scalia or Thomas that Bush promised us when he was asking for our votes. Or maybe he won’t. The Supreme Court shouldn’t be a game of Russian roulette.

Over the past ten years we learned that the chamber of that Russian roulette pistol was loaded and thanks to Bush #43 the American people have a bullet through our brains.

Reading Coulter’s essay again, ten years later reminded me of one of my favorite musicals 1776. Near the end of the play 1776, during the final vote for independence which had to be unanimous to pass, twelve states said yes and it all came down to the three-man delegation from Pennsylvania, John Dickinson who opposed independence, Ben Franklin who was for it, and John Wilson who throughout the play did everything who did everything Dickensian told him to do.

John Dickinson started to answer for the delegation, saying “Pennsylvania votes…”, but he was stopped by Ben Franklin who asked Continental Congress President Hancock to poll the members of the delegation individually. As expected, Franklin votes “yea” and Dickinson “nay”,  leaving it Wilson.  Dickinson tries to pressure him: “James, you’re keeping everybody waiting … the issue is clear.” Franklin responds that “most issues are clear when someone else has to decide them”, and Adams mercilessly adds that “it would be a pity for a man [Wilson] who has handed down hundreds of wise decisions from the bench to be remembered for the one unwise decision he made in Congress.” Wilson turns to Dickinson:

Dickinson: Yes, well, whether you want it or not, James, there’s no way of avoiding it.

Wilson: Not necessarily. If I go with them, I’ll only be one among dozens; no one will ever remember the name of James Wilson. But if I vote with you, I’ll be the man who prevented American independence. I’m sorry, John—I just didn’t bargain for that.

Dickinson: And is that how new nations are formed—by a nonentity trying to preserve the anonymity he so richly deserves?

Franklin: Revolutions come into this world like bastard children, Mr. Dickinson—half improvised and half compromised. Our side has provided the compromise; now Judge Wilson is supplying the rest.

You see, John Roberts is like James Wilson rather than defend the constitution in his two Obamacare decisions, he took the easy way out. The only difference is that Wilson’s decision turned out to be the right thing to do, in choosing not to be remembered as the person who prevented independence, he helped to create the greatest free nation on the face of this Earth. On the other hand, by choosing to ignore the constitution, and actually change the meaning of words in both of his Obamacare rulings, Chief Justice Roberts wont remembered as the man who prevented Obamacare, instead he will be remembered as a man who took away some of the very God-given freedoms that Wilson’s desire for anonymity helped American achieve.